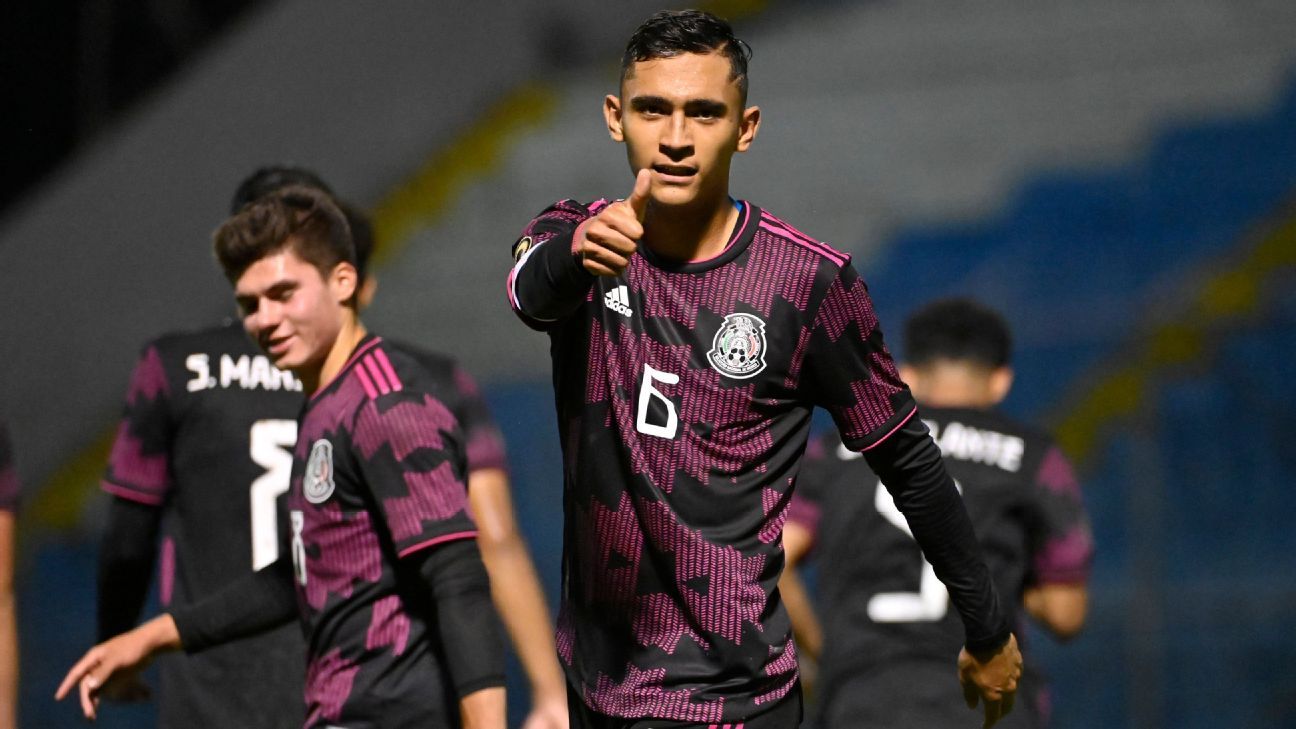 The tricolor obtained its first victory with a squad that for the most part already debuted in the First Division, beating Suriname 8-0

The Mexican Under-20 team thrashed Suriname 8-0 in the first match of the specialty pre-world championship in Honduras, with a squad that mostly has experience in First division. Of the 20 footballers that Luis Pérez considered, only seven have not made their debut in the maximum circuit, while the remaining 13 already have participation in the MX League either mls.

Karel Campos left the pitch on a stretcher after 63 minutes of play. The América footballer bent his ankle due to the poor state of the pitch at the Francisco Morazán Stadium, so he was replaced by Diego Gómez.

Of the footballers who already have experience in the First Division, the case of Fidel Ambriza footballer from León, who has 1,619 minutes in the maximum circuit, followed by Bryan González from Pachuca, who has 1,013 minutes and even participated in the Clausura 2022 final.

Heriberto Jurado from Necaxa is the third footballer in the squad who has played the most minutes in the First division. The youth has been on the field of play in the maximum circuit for 813 minutes.

The top five soccer players with the most minutes in the First Division are closed by Isaías Violante from Toluca with 247 minutes and Jonathan Pérez from LA Galaxy with 145 minutes, followed by Jesús Hernández from Querétaro with 114 minutes.

The remaining seven soccer players are under 100 minutes, among them Jesús Alcantar de Necaxa (29 minutes) stands out, who could emigrate to European soccer at the end of the Concacaf U-20 World Cup.

THOSE WHO HAVE NOT DEBUT YET

There are seven players who were considered by Luis Pérez who have not yet appeared in the First Division. The goalkeepers Emiliano Pérez (Necaxa) and José Eulogio (Pachuca), as well as Antonio Leone (LAFC), Rafael Palma (Pachuca), Abraham Freyfeld (Pumas), Salvador Mariscal (Santos) and Christian Pérez (LAFC).