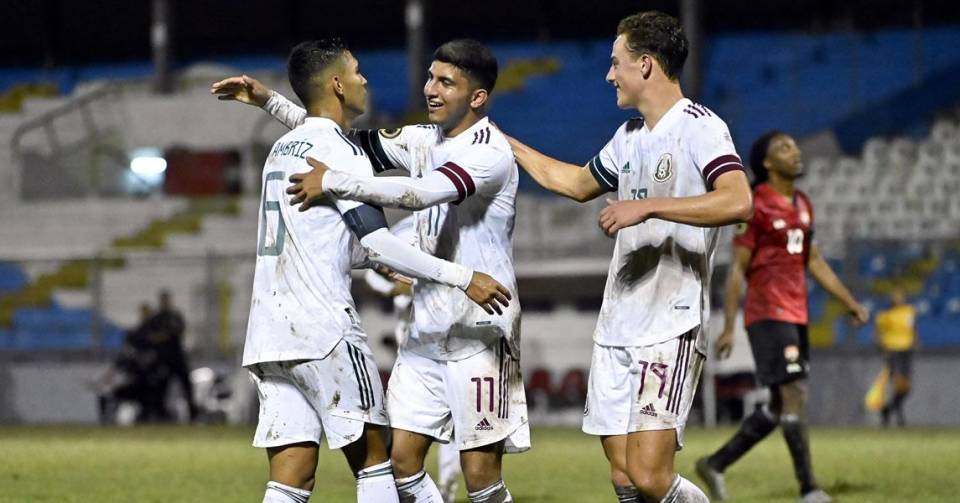 Mexico easily thrashed Trinidad and Tobago 5-0 on the second day of Group F of the Concacaf Under-20 World Cup and thus qualified for the round of 16.

The Mexican team was confirmed as the best team in the championship and the highest scorer, adding 13 goals in two games after the overwhelming 8-0 they scored against Suriname in its debut.

The Aztecs are the favorites to get one of the tickets to the 2023 Indonesian U-20 World Cup and to the 2024 Paris Olympics.

The Mexicans went into the break with a 2-0 lead, with goals scored by Antonio Leone and Bryan González. They dominated the chances and owned the ball.

The figures Esteban Lozano, from Club América, were added to the victory, with two goals, one from a penalty, and Jonathan Pérez, from the Los Angeles Galaxy of the MLS.

Mexico leads its group with two wins in two games, six points, followed by Haiti with four integers, Trinidad and Tobago with one and Suriname with zero, which today also lost 0-3 against the Haitians.

Mexico’s next game will be against Haiti on Thursday, while Trinidad and Tobago will face Suriname.