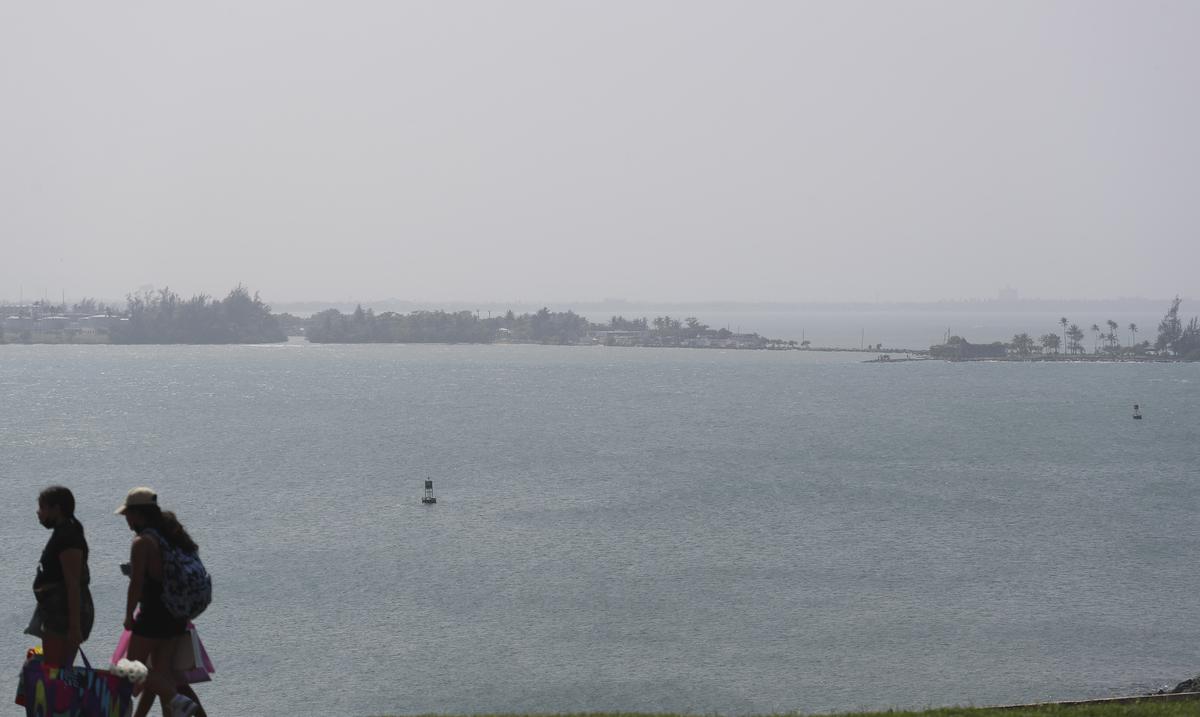 Little rain activity, some mist, heat and deteriorated maritime conditions is what the National Weather Service (SNM) in San Juan for Father’s Day, while -at the moment- a significant rain event is not in sight for this week.

Although the presence of particulates of Saharan dust in the region, the meteorologist Cecilia Villanueva indicated that, between today, Sunday, and tomorrow a transition will be observed. “We would already be seeing between tonight and tomorrow that there would be traces (or traces of the dust), but then it will not be as foggy as at the beginning of the weekend.”

Last Friday, the Air Quality Index published by the Department of Natural and Environmental Resources (DNER) placed it at the Unhealthy level in the Ponce area, and Moderate for Fajardo and Mayagüez.

Currently, it is at a moderate level for San Juan and Mayagüez, so those “exceptionally sensitive” people are recommended to consider reducing activities that require prolonged or intense effort outdoors.

On the other hand, the meteorologist Villanueva mentioned that the day will be hot, although the heat indexes are not expected to be so high. She anticipated that temperatures could hover in the low 90s Fahrenheit (°F) in coastal areas.

In terms of maritime conditions, he asked citizens to be cautious because there is a high risk of sea currents, mainly for the northern and northwestern beaches of Puerto Rico. The risk will expand at night throughout the north coast and Culebra.

“The waves are going to stay mostly up to five feet during the day, occasionally up to 6 feet in the offshore waters. However, if the wind is seen to have picked up, winds of up to 20 knots can be expected, so small boat operators should exercise caution,” he stressed.

Regarding the possibility of rain, Villanueva mentioned that some downpours could form, but they will be isolated. Some short-duration thunderstorms could form in the west.

“During the whole week you don’t see such a significant event. By the middle of the week there is a tropical wave, but it would be passing mostly to the south. Yes, it is seen that perhaps after that wave passes, by the end of the week, the remaining humidity could wrap us up, that could give us some downpours,” he commented.

At present, over 67% of the island is under moderate drought conditions, according to the United States Drought Monitor. In addition, a portion concentrated in the northeast already registers severe drought parameters in the absence of a large rainfall event.