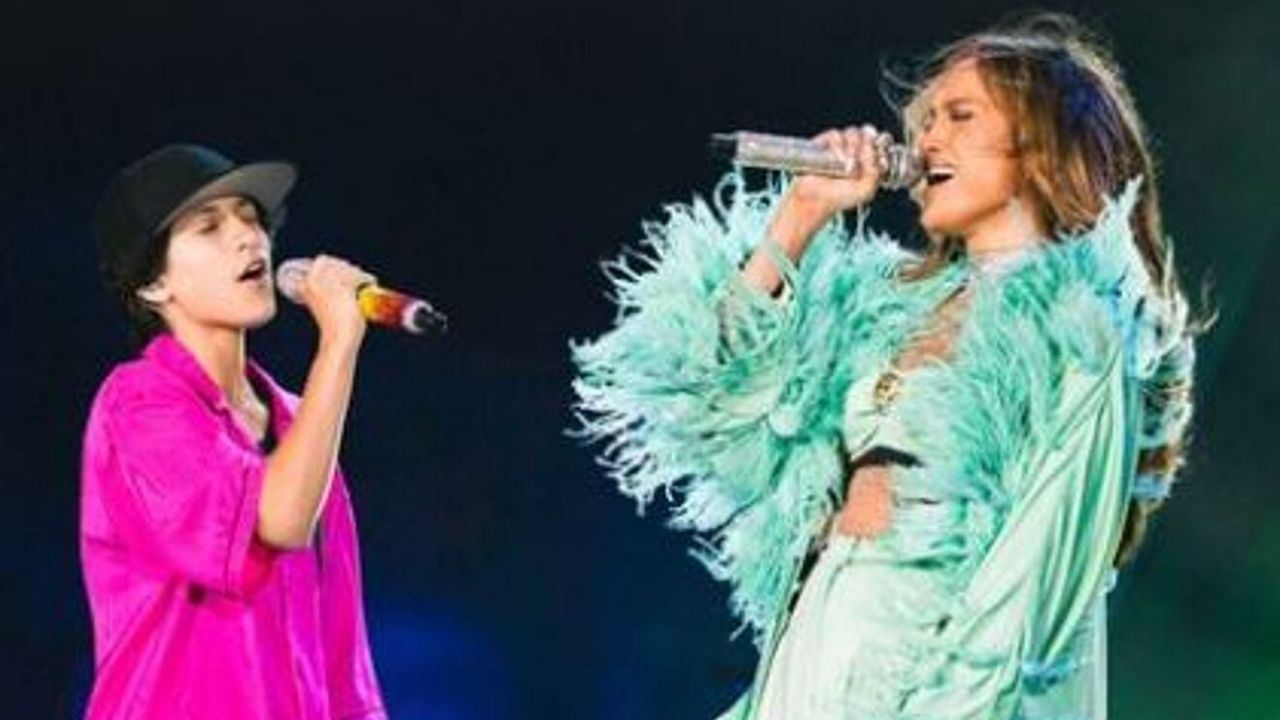 Jennifer Lopez And your daughter Emme Muniz performed a memorable duet in the Blue Diamond Gala of the Dodgers Foundation Los Angeles on Thursday night.

The 52-year-old On The Floor singer headlined the show The Party for LAwhich raised $36 million to improve education, health care, homelessness, and social justice for all Los Angeles residents.

For her performance, J.Lo and her 14-year-old daughter Emme, whom she shares with ex-husband Marc Anthony, took the stage and performed a mix of songs, including a soulful duet of A Thousand Years by Christina Perry.

He also sang a line from the classic Bruce Springsteen, Born in the USAas footage from her 2020 Super Bowl halftime show performance played behind her, and she delivered a rendition of Let’s Get Loud for the crowd.

In a moment, the star of marry me also joked that she and Emme “they were very expensive to hire”, adding that she loves taking her daughter on stage when possible.

His performance of “Born in the USA” mirrored his performance during the historic Super Bowl halftime show in February 2020, which was at the center of the new “Halftime” documentary.

During the documentary, Lopez said he wanted to incorporate Springsteen’s 1984 anthem into the performance to emphasize that the United States is a country for everyone. Shakira was against performing the song because she was not born in the US, so they eventually came up with the idea of ​​having Lopez’s daughter sing the song.

the masters of ceremonies Mario Lopez and Adrian Gonzalez were the hosts of the program Everyday Champions” where guests heard from Dante Reese, a contestant on the Brotherhood Crusade youth show. Los Angeles Dodgers owner Mark Walter and Los Angeles Lakers owner Jeanie Buss auctioned off a pair of 2020 championship rings.