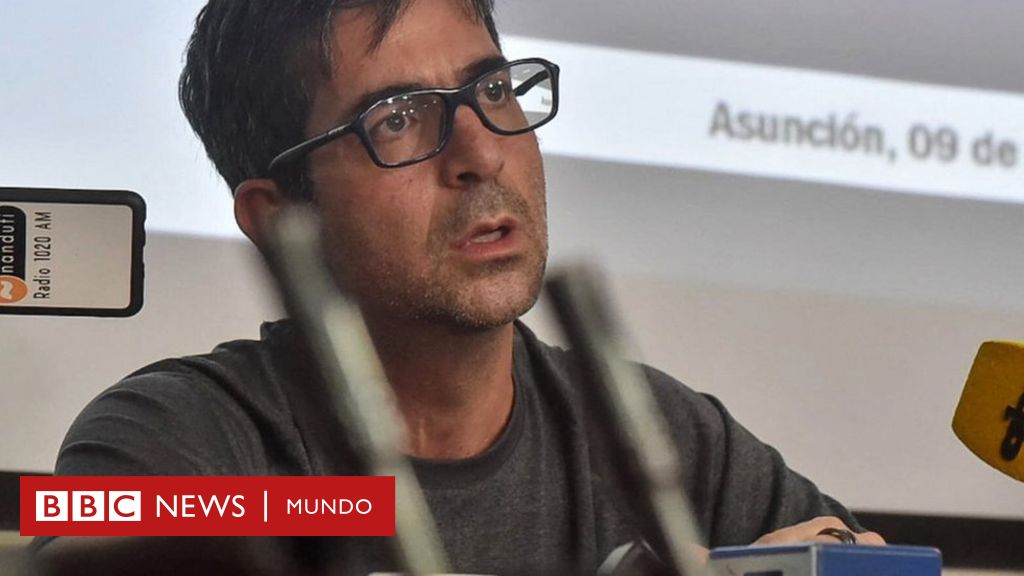 Four of the five people accused of murdering Paraguayan prosecutor Marcelo Pecci during his honeymoon have been sentenced to 23 years in prison.

the four condemned they confessed having killed prosecutor Pecci, 45, in the Barú resort, near the city of Cartagena, in the Colombian Caribbean.

The fifth defendant, Francisco Luis Correa, whom the Prosecutor’s Office considers to be the articulator of the crime, declared innocent.

Pecci was assassinated on May 10. The five people were captured on June 3.

A sixth suspect remains at large, according to Colombian police.

Prosecutor Pecci was investigating cases of corruption and money laundering high-profile in his country.

Colombian authorities believe that organized crime groups they may have orchestrated the assassination.

The crime may be related to international drug trafficking and “radical terrorism”according to the Prosecutor’s Office.

Murdered on their honeymoon

Pecci was murdered on May 10, while chatting on the beach with his wife, journalist Claudia Aguilera.

“Two men attacked Marcelo. They came in a boat, or on a jet ski, the truth is I didn’t see well,” Aguilera told El Tiempo newspaper last month.

He said that one of the men got out and without saying a word shot twice to her husband.

The couple was on the sixth and final day of their honeymoon.

Just two hours before the attack, Aguilera had posted a photo on her Instagram account announcing that she was pregnant.

Aguilera was not injured in the attack.

According to the account of the Prosecutor’s Office, Wendret Carrillo was the one who shot the prosecutor, Zabaleta was in charge of transportation and logistics, and Londoño and his son Monsalve Londoño would be involved in the tracing that was made to the prosecutor before the crime, indicates the EFE agency.

The judge presiding over the case in Cartagena said that the initial sentence of 47 years for each of the four people was cut in half as part of a plea deal.

Colombia’s attorney general, Francisco Barbosa, said at a press conference earlier this month that a sum of around $500,000.

The Colombian Police are still looking for another alleged perpetrator, Gabriel Carlos Luis Salinas Mendoza, for whom they have issued a blue Interpol circular, because he could have left the countryprobably to Venezuela, where he is from.

Authorities believe that the Primeiro Comando da Capital (PCC), a criminal organization made up of criminals imprisoned in Brazilwas involved in coordinating the murder, but they have not been able to identify the intellectual author of the crime.

The PCC is an important cocaine exporter.

Pecci was part of “A Ultranza Py”, the biggest operation against cocaine trafficking and money laundering in the history of Paraguay.

According to Paraguayan media, the operation disrupted a network that trafficked drugs from Colombia and Bolivia through Paraguay to Europe.

The prosecutor was part of the international team that earlier this year seized hundreds of millions of dollars in assets and arrested dozens of suspects.

The US Bureau of International Narcotics and Law Enforcement Affairs said “Pecci’s work in fighting organized crime is a example for all… especially his efforts to bring to justice those involved in money laundering, drug trafficking and corruption.”

Although Pecci had bodyguards in Paraguay, he had no protection during his honeymoon in Colombia, and Colombian police said they were unaware of his presence in the country.

“We condemn in the strongest terms this tragic event and we redouble our commitment to the fight against organized crime,” the president said at the time.