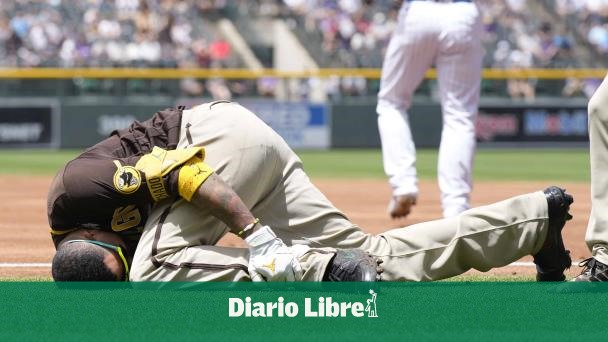 The star third baseman of the San Diego Padres, Manny Machadosuffered an ugly injury in his left ankle as he ran to first base in Sunday’s game against the Colorado Rockies.

On an infield groundout, Machado was running toward first base when his left ankle landed awkwardly on the starting bag and snapped the opposite way.

Machado writhed on the ground in pain for several minutes before being helped off the field.

According to team reports, the X-rays he underwent after leaving the game showed no fracture.

Machado is one of the main candidates to win the Most Valuable Player award in the National League.

Beyond the success the Padres have posted this season, the Dominican’s individual numbers are impressive.

It is very likely that he will be placed on the disabled list before Monday’s game.