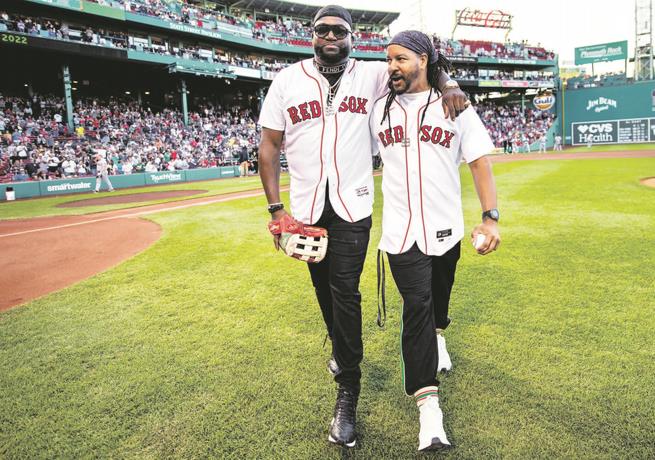 The most spontaneous ceremonial pitch of the season occurred Monday night at Fenway Park. The Boston crowd responded with a standing ovation as two World Series champions took the field.

Dominican Manny Ramírez was the center of the applause, which increased when his compatriot David Ortiz ran to the hill to hug him.

The beautiful thing about the moment — it came before the Red Sox’ 5-2 win over the Tigers — is that no one expected it.

On May 26, the Red Sox Hall of Fame inducted Ortiz, Rich Gedman and Dan Duquette, who received their respective plaques that night. However, Ramírez was unable to attend.

“He is the only boy left to receive his plaque. He came and threw out the first pitch on Monday,” said Red Sox Puerto Rican manager Alex Cora, who played alongside Ramirez for four seasons. “That’s why he is who he is.”

Perhaps it was more special that the Dominican went to collect his plaque three weeks later.

“It’s unbelievable,” Ramirez said. “I never thought this would happen. Go back to Boston and [recordar] all the things i went through [cuando estuve acá]. Receiving this in this way is impressive.”

Ramírez is remembered for being one of the most productive and most enigmatic players in Red Sox history.

He always managed to make the game more entertaining, whether it was entering the Green Monster during a pitching change, cutting off a throw from Johnny Damon, or shaking hands with fans in the middle of game action.

Next month, Ramírez will go to Cooperstown, NY to support his friend Ortiz, who was elected to the Hall of Fame in his first year of eligibility.

On that same ballot, Ramírez received just 28.9% of the vote, falling short of the 75% minimum to be inducted. Ramírez will be on the ticket for four more years, as long as he receives a minimum of 5% of the vote each year.

Although Ramírez’s numbers are right up there with Cooperstown – .312/.411/.585 with 555 home runs and 1,831 RBIs, plus countless heavyweight postseason moments – he was suspended several times for substance use.

However, Ramirez says it won’t be a bittersweet moment for him when he sees Ortiz step into immortality.