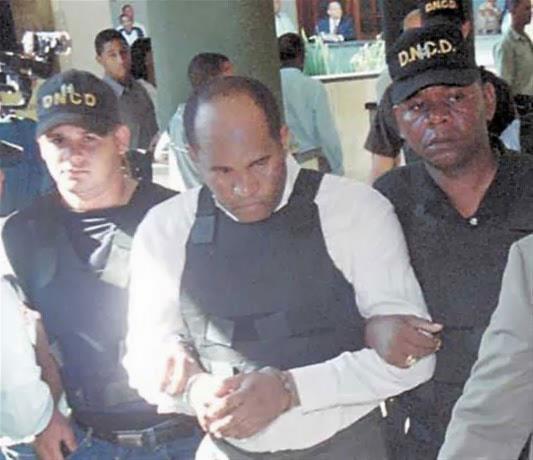 A man who was prosecuted and convicted in the United States for his connection with the former Army captain, Quirino Ernesto Paulino Castillo, He agreed to leave voluntarily to answer for the accusations against him in a US federal court, who demanded extradition.

Bladimir García Jiménez told the judges of the Second Criminal Chamber of the Supreme Court of Justice that they will issue a certificate that he agreed to leave voluntarily to answer for the accusation made against him.

In court, where the Public Ministry was represented by deputy prosecutor Andrés Chalas and the United States by lawyer Analdi Alcántara, García Jiménez said that his decision to leave to face the accusation was made without any pressure and voluntarily.

It is only waiting for President Luis Abinader to sign the decree that authorizes the extradition of García Jiménez, who was accused of being part of an alleged gang led by Quirino, which would have transported thousands of kilos of cocaine from the Caribbean country to the United States.

The extradition request was submitted by the United States embassy in the country before the Department of International Cooperation and Extraditions of the Attorney General’s Office, headed by Gisella Cueto.

García Jiménez was arrested by members of the National Drug Control Directorate (DNCD) in a restaurant in the National District, after the Second Chamber ordered his arrest to hear the request for a coercive measure against him and extradition request.

García Jiménez together with construction businessman Eduardo Rodríguez Cordero accepted responsibility in the Quirino case and pleaded guilty to drug trafficking, conspiracy and money laundering, through an agreement with the federal prosecutor of the Southern District in 2009.

This in exchange for light sentences from Judge Kimba M. Wood.