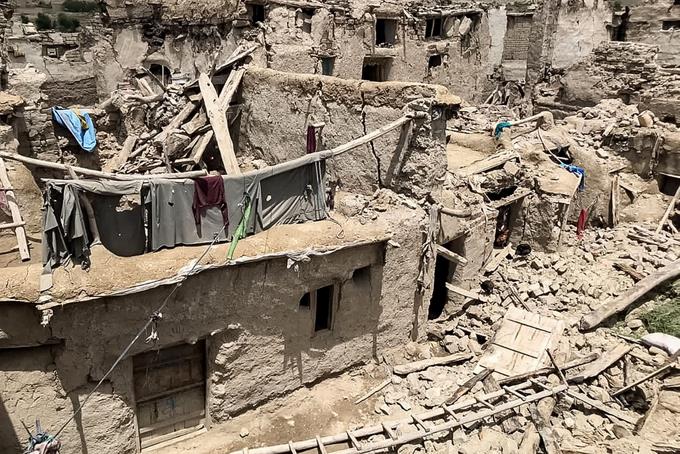 Thirteen members of the same family are among the more than a thousand dead in the 5.9-magnitude earthquake that shook eastern Afghanistan on Tuesday night, including the mother, sisters, and four children of Sawar Khan, one of the survivors of the worst catastrophe in this country in decades.

“I lost thirteen members of my family, including my mother, my sisters, and four of my children.. My wife and my daughter are hospitalized in another room,” Sawar Khan told Efe, along with his son Dadullah, while receiving care in a hospital room in the Urgon district, in the Afghan province of Paktika.

Paktika and Khost, in the east of Afghanistan and bordering neighboring Pakistan, are the two provinces most affected by the 5.9-magnitude earthquake with its epicenter in Khost, which killed at least 1,030 people and left more than 1,500 injured.

The earthquake surprised people while they sleptwith little time to flee outside their flimsy adobe dwellings in these remote mountainous provinces.

“I was only able to rescue two of my children and my wifebecause there was too much dust and debris on the ground,” said Khan lying on a bed, with injuries to his right leg and head, a blow that prevented him from “speaking well.”

After more than 24 hours of the catastrophe, Afghanistan continues with the search efforts, with the hope of finding survivors and recovering the bodies of the victims.

In the neighboring district of Gayan, one of the most affected, many survivors had to spend the night outdoors, with fires and a blanket to combat the cold, while children in groups cried inconsolably.

The shrouded bodies of five minors, or others of several adults, were waiting on cots to be taken by their relatives for the funeral rites. Some survivors were scouring the ruins of their homes, aimlessly sorting through rubble and beams.

Hospitals in the provinces of Paktika, Khost, and neighboring towns, are working to the limit treating the hundreds of injured in the tragedy, while families dig the graves for the mass funerals of the victims.

“The number of victims is expected to rise as rescue teams reach the worst affected villages where people remain trapped in the rubble,” the International Committee of the Red Cross, which is currently providing vital aid to the Asian country, said today in a statement.

Afghanistan, already badly in need of aid from relief agencies, has been mired in a humanitarian crisis since the Taliban came to power nearly a year ago, a situation made worse by international sanctions.

“This latest earthquake is another horrible tragedy for Afghanistan, as if that wasn’t enough. It came against a somber backdrop where more than 50 percent of our people are in dire need of humanitarian assistance,” Afghan Red Crescent Secretary-General Mohammad Nabi Burhan said in a statement.

Afghans were already struggling to recover from the wounds and devastation of decades of war, severe drought, floods and extreme economic hardship.

Afghanistan is prone to earthquakes, especially in the area known as the Hindu Kush, which is highly seismically active and is the usual point of origin for telluric movements in the region.

Some of the biggest catastrophes in Afghanistan caused by earthquakes occurred in 1998 in the north of the country, when two earthquakes measuring 5.9 and 6 in February killed some 4,000 people. A few months later, at the end of May, a magnitude 7 earthquake shook the area again, causing some 5,000 deaths.