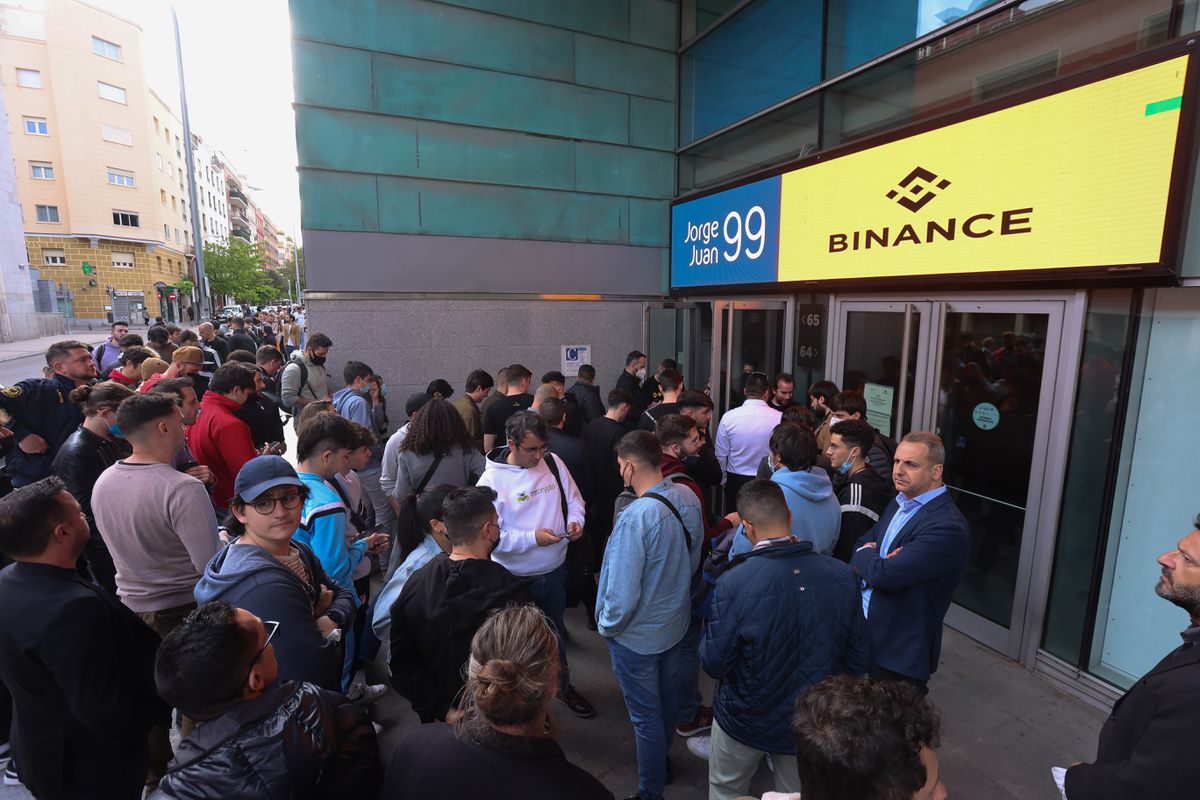 When last April the billionaire head of Binance, Changpeng Zhao, held an event in Madrid to talk about the future of cryptocurrencies, several hundred invited followers crowded the doors of the Wizink Center in Madrid. Immersing yourself in that small crowd made it possible to detect a more or less repeated profile: young university students and middle-aged professionals, the vast majority of whom were men, awaiting the influential CEO of the platform.

Until now, however, the profile of the cryptocurrency investor was based on perceptions captured in this type of event or on the activism of its owners on social networks. The National Securities Market Commission (CNMV) has filled this gap regarding a phenomenon that has convulsed finances in a few years —and arouses as much hatred as passions— through a survey to better understand the extent to which they are penetrating among Spaniards and who are the ones who dedicate part of their money to buy them.

6.8% of the 1,500 people asked claim to have bought digital currencies at some time. And 4.2% still have them in their portfolio. According to the market regulator, the majority —two thirds— are men, almost half have university studies, and the average age is 38.7 years. Their economic situation is comfortable: 76% classify themselves as upper or upper-middle class, and almost half earn more than 3,000 euros per month, above the average Spanish salary, although there is also 10% who invest in them despite do not reach mileurista. How often they buy varies, with one in ten using a monthly allowance to add to positions, and one in four only buying more when there are dips that make their value attractive.

More than half of the investors are concentrated in four regions, also the most populated, although not in that order: the Community of Madrid (23%), Catalonia (18%), Andalusia (14%) and the Valencian Community (11 %). And their main reasons for buying are, in this order, the high returns that these currencies offer, the conviction that they are the technology of the future, and the belief that they will be the prevailing means of payment.

The number of those who have some of their savings in these assets may not have peaked. Although 82.9% state that they completely rule out investing in them —especially because of their high risk— there is another 10.2% who say that they have not done so yet, but will do so in the future. As for the proportion of savings they dedicate, if the answers are honest, prudence prevails: half invest less than 5% of their capital. And only 4.5% dare to take more than half of their money, an unrecommended practice that in collapses like the one in Terra/Luna left dramatic cases of small investors who could not afford their mortgage due to losses or they had left on the way an amount that threatened their economic position and even their psychological stability.

Although those who invest, and therefore trust to obtain returns thanks to them, are a minority, cryptocurrencies have become very well known. Three quarters of the population have heard of or know to some extent what they are. The general media, family and friends, and social networks are the main ways they found out. Being aware of their existence is not, however, the same as understanding them. Only 1.4% maintain that they have high knowledge of the subject, and 6.9% have an average culture in this regard.

Receive the cryptocurrency newsletter. In five installments, everything you want to know

The CNMV has been, together with the Bank of Spain, the body that has most insisted on warning of the risks of these investments, so it is not surprising that among the questions it has included one about whether the respondents remember warnings that everything can be lost , its extreme volatility, or fraud related to cryptocurrencies. Judging by the data, the message has reached a good portion of people: 68% responded affirmatively.

Another of the specificities of investors in cryptocurrencies is that they make more intensive use of social networks than the population as a whole, and they inform themselves more on their own, without advisors, through the informative documents of the product in which they are stakeholders, specialized press and forums on-line. This has also led to the proliferation influencers that launch investment recommendations, not always based on reliable information, through YouTube or Instagram.