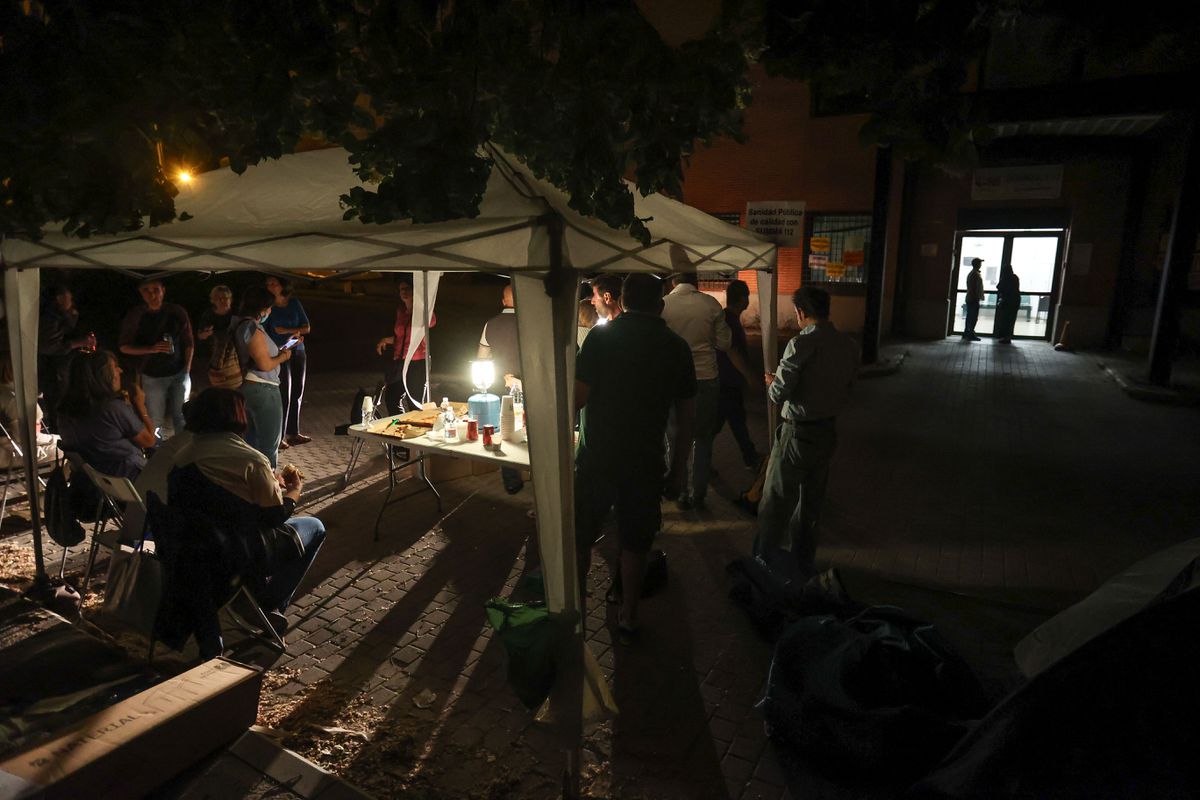 The Community of Madrid changes the model of out-of-hospital emergencies after passing the highest peak of the corovanirus pandemic. After the 37 Primary Care Emergency Services (SUAP) closed on March 22, 2020 to relocate health professionals, it has now decided that these centers will disappear completely and that, in their place, it will open 17 emergency care points. emergencies, 10 of them with doctors and seven only with nurses. The word that the Minister of Health, Enrique Ruiz-Escudero, has preferred to use has been to “reorganize” the hospital emergency services. For the unions, however, it is a full-fledged closure and another step in the dismantling of primary care. The unions have found out about the plan just after its presentation to the press this Monday, at the sectoral table, when they were supposed to debate the proposal that they have presented as closed.

“What we intend with this reorganization of the out-of-hospital emergency room is to allow the resources we have outside the hospital setting to allow us to provide a response, especially valuing the data that had been produced since 2019,” Escudero explained about the new map that is going to start up the Madrid region once the summer is over. According to the counselor, to design the plan, a prior technical study has been prepared, in which activity, geographic, population criteria and the absence of a nearby hospital have been taken into account.

In short, 20 of the SUAPs will close the blind forever. And 17 remain, but under different conditions. There will be 10 continuing care centers (PAC) that will have doctors, nurses and emergency health technicians or guards that will be located in the Madrid districts of Arganzuela, Villa de Vallecas, Ciudad Lineal and Latina; and in the municipalities of Alcobendas, Colmenar Viejo, Fuenlabrada, Pinto, Rivas-Vaciamadrid and Tres Cantos. And, although they will no longer be called SUAP, they will be located in the same facilities, since they are facilities already known by the population. The schedule will be from Monday to Friday from 8:30 p.m. to 8:30 a.m. and on Saturdays, Sundays and holidays they will be open 24 hours.

In addition to these 10 centers with doctors, there will be another seven PACs, but only with scheduled nursing care, that is, as long as the patient has a prior appointment to have cures or punctures that they need also during weekends and holidays between 8:30 a.m. and 8:30 p.m. What does that mean? That citizens will not be able to go to these centers in an emergency. The professionals who will work there will be nurses and emergency health technicians from Summa 112 and will be located in centers in Chamberí and Hortaleza (Madrid) and in Alcorcón, Las Rozas, Leganés, Móstoles and Torrejón de Ardoz.

Therefore, as of next autumn, Madrid will have 64 points distributed throughout the region, including 40 in rural areas, the so-called Rural Attention Services (SAR) that were already in operation.

Escudero has argued this “reordering” with data obtained by a study in 2019, from before the pandemic, when Madrid treated 400,000 Madrid residents in out-of-hospital emergencies. “The analysis of the data tells us that 77% of that activity was delayed and 33% The rest really required an urgency”, he insisted. “We must remember that the people of Madrid always have the possibility of being able to go, for any type of query, to (telephone) 112”, said Escudero.

What affects the most is what happens closest. To not miss anything, subscribe.

While the counselor presented the plan to the press together with Jesús Vázquez, general director of Asistencia Sanitaria de Madrid, the union representatives in the Sectoral Table for Health (Satse, CC OO, UGT, Amyts and CSIT-UP) waited to be able to debate with the Administration what was going to happen with out-of-hospital emergencies. “It’s all a theater,” said Julián Ordóñez, UGT Health spokesman, who regretted that they find out later, with the decision already made. The first impressions, in any case, have been of outright rejection of the five unions for something that is not a “reorganization” but a “closure” of the emergency services of the health centers and a “forced relocation” of their professionals.

CC OO recalls that it has filed a contentious-administrative appeal precisely for this reason, for the forced transfer of Summa 112 personnel in March 2020 to the Isabel Zendal Nursing Hospital (HEIZ), because “it violates fundamental rights.” Mariano Martín-Maestro, CC OO spokesperson, has criticized both the lack of negotiation and the model “of decapitalization of public health”.

“The Ministry re-imposes its plan without negotiation with the union representatives,” the union has complained, insisting that Escudero “intends to close forever almost 75% of the primary care emergencies that existed before and that allowed to decongest of not so serious cases the emergency rooms of the hospitals, now collapsed”.

Ordóñez, from UGT, also recalls that “the measures ignore the needs of the population, the contempt of professionals, and go against what we understand should be safe and quality health care.” It is, he insists, “an intolerable cut.” And he concludes: “They announce that they will open a small number of SUAPs, just 10 of the 37, and an added number of devices without medical personnel, another seven, a model that they seem to want to make fashionable and with the same procedure as the one published days ago in Primary Care. ”.

For Ángela Hernández, general secretary of the Amyts medical union, also present at the meeting with the council, “this is a patch.” She also considers that “there may be an exit of doctors from the healthcare level by forcibly changing their conditions.”

The ministry has not responded to this question to the press, in fact, and has assured that it would discuss it with the unions. But neither has there been a debate on the labor issue. The counselor has announced to the unions that a list with the seniority of each affected professional will be published in the coming days, so that they can participate in a mandatory mobility process. If he does not participate in that process, obtaining the destination will be done by direct assignment of the Summa 112 management.

The union disappointment is total. The representatives thought they would have a voice to discuss a new plan for out-of-hospital emergencies. Also to decide the fate of professionals. But they have had neither voice nor vote. They have found the plan already made. And, what is an even worse tact glitch, announced in advance to the press. Relationships are completely broken.