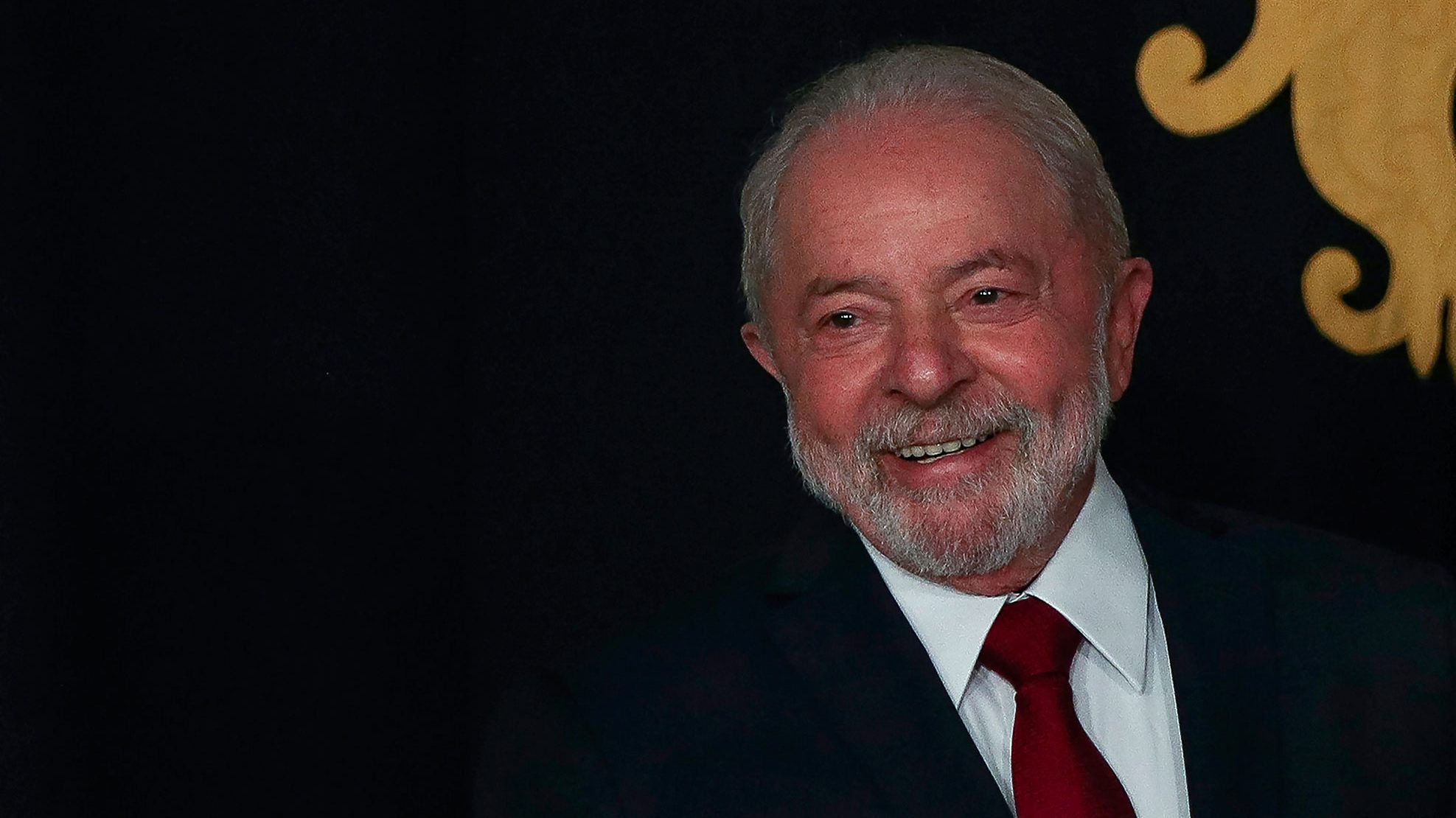 Lula da Silva will face a presidency in a divided country

Sao Paulo, Brazil (CNN) — The atmosphere is hostile in a camp outside a military barracks in Brazil’s most populous city, Sao Paulo, where Brazil’s national anthem is played endlessly and dozens of supporters of President Jair Bolsonaro mill around. They carry banners that read: “SOS Armed Forces”, “military intervention with Bolsonaro in power” and “save us from communism”.

Bolsonaro [atrajo] large crowds to their acts [de campaña]. And then the other one comes and wins the elections? How is that possible? It’s stupid. That was fraud, it has already been proven,” an elderly supporter of the president, dressed in blue jeans and a black polo shirt, told CNN. They, like other Bolsonaro supporters interviewed by CNN, declined to give their names. or to be photographed.

Although Bolsonaro’s government says it is cooperating with the transition of power, the far-right president himself has not explicitly acknowledged his defeat in the October 30 election. In protest, thousands of his supporters have gathered at military barracks across the country, calling for the intervention of the Army, as they claim, without evidence, that the elections were stolen.

This is the bitter outlook that Lula da Silva will inherit when he takes office on January 1. Lula da Silva, who won 50.9% of the vote in the second round to Bolsonaro’s 49.1%, finds himself in the unenviable position of presiding over a deeply divided Brazil.

“For those loyal to his party, Lula is some kind of god figure, and for a lot of other people, Lula is going to have to do whatever he can to win them back,” Ryan Berg, Americas director at the Center for Strategic and International Studies (CSIS).

“I think a significant portion of the people are not really winnable, so any sign of weakness, any sign of a lack of economic growth or tax increases or whatever [Lula da Silva] decide to do, they could be aggressive, and it’s going to be rougher than the last time he was president,” he added.

Violence has broken out in other parts of the country before his inauguration. On December 13, protesters clashed with police in the capital, Brasília, when they tried to break into a Federal Police building after the arrest of an outspoken Bolsonaro supporter.

Although Bolsonaro has not urged his supporters to challenge the election results, the former paratrooper has done little to stop them from calling for a military coup. Last Friday, he explained that his 40-day silence after the loss of the elections “hurt my soul”, adding ambiguously that the Brazilian Armed Forces “are the last obstacle to socialism… and responsible for our freedom “.

For many “Bolsonaristas”, the current president represented a muscular, “Brazil first” vision of the world, in a region in which foreign powers have frequently intruded. He appealed to social conservatives, strongly opposed abortion and LGBTQ rights, and declared himself pro-business, even though his administration also spent billions to help poor Brazilians during the economic downturn.

The progressive Lula da Silva, a former union leader, will face an uphill battle to convince them he can also be their president, and to remove the stain from his 2017 corruption and money laundering convictions, which were overturned in 2021 by the Supreme Court of Brazil.

Bolsonaro’s political allies, for their part, have vowed to poke holes in Lula’s agenda. “We will be a fierce opposition,” Senator Eduardo Girão, of the center-right Podemos party, told CNN. Girão shares the same ideological agenda as Bolsonaro: both consider themselves Christians, “pro-family”, opposed to abortion and the legalization of drugs.

Lula’s coalition lacks a majority in Congress. However, fears that the legislature could take the executive hostage have yet to come true.

A change to the 2023 budget requested by Lula da Silva’s allies was approved on December 7 by a majority of senators, with only 16 senators – counting Girão – voting against it. The constitutional amendment to increase public spending next year will help finance social payments for poor families. It will be voted on in the Lower House this Tuesday.

“I was surprised. There was a drastic change in the position of the senators from the center: they changed sides very quickly. It seems that they lack ideology and coherence,” admits Girão.

Still, that could change when newly elected congressmen and senators begin their terms next year, says Bruna Santos, a senior adviser at the Wilson Institute’s Center on Brazil.

The incoming president will inherit a country with multiple public institutions that have been weakened during Bolsonaro’s tenure, such as his environmental agencies. Brazil’s already struggling health system was hit hard in the covid-19 pandemic, which saw the country get one of the worst records on the outbreak as Bolsonaro downplayed the severity of the virus.

And budget cuts to universities have increased pressure on Brazil’s already ailing education sector, where Brazilian adolescents perform below the OECD average in reading, mathematics and science.

In a Twitter post on Wednesday, Lula da Silva said that the previous government had “destroyed many things”. He added that once in power “we are going to invest in education, in the SUS (Universal Health System), to resume Minha Casa Minha Vida (Low Income Community Housing Support Project). Things that are really important for the people.” .

In December the president-elect announced key allies in top cabinet posts, giving Brazil-watchers an indication of what his legislative agenda may look like, as Lula da Silva did not provide many details during the campaign.

The former mayor of Sao Paulo, Fernando Haddad, was announced as the new finance minister; Rui Costa, as Lula da Silva’s chief of staff; and Mauro Vieira, as Minister of Foreign Relations.

Santos hopes that the first “100 days of Lula da Silva will focus on tax reform,” pointing to the appointment of Bernard Appy as special secretary for tax reform, who is “not only a highly respected economist, but also someone who understands the legislative process”.

She believes that the incoming president could also try to regulate the internet in a similar way to the European Union. “The main objective is to regulate the platforms, social networks and messaging, in the fight against false news,” and she adds that the Supreme Court and the electoral court have advocated for Lula to act quickly.

His concern is that Brazil, “as a country in the developing world, cannot afford to create bottlenecks for technological progress.”

But Lula assumes the presidency under very different circumstances from his previous two terms, from 2003 to 2010. Growth has been slow in recent years and exports are expected to slow in 2023. Without the commodity boom that once helped finance his policies, Lula da Silva may find it difficult to deliver on planned reforms and promises of social spending.

If enacting domestic reforms proves difficult, “Lula 3.0 could bet big on foreign policy” as a way to polish his credentials, Berg said.

The last time he held the presidency, Lula became known as an important international statesman, pushing for reform of global institutions such as the World Bank and the IMF, or claiming for Brazil a seat on the United Nations Security Council.

“This is the kind of thing that makes Brazil very popular in many parts of the world,” Berg said.

In May, the president-elect told TIME magazine that Ukraine’s President Volodymyr Zelensky is as guilty of Russia’s invasion of his country as Russian leader Vladimir Putin.

Bolsonaro supporters are photographed in a camp in front of an Army barracks in Sao Paulo, Brazil. Credit: Marcia Reverdosa/CNN

Anger remains high in the Sao Paulo camp as it becomes clear the Army is not listening to their pleas. Shortly after the elections, the Supreme Court asked police to investigate the financiers of the dozens of pro-Bolsonaro camps that have sprung up across the country.

The noose appears to be closing in on them, but protesters CNN spoke to remain hopeful that Lula da Silva will not take office.

One protester told CNN that her children do not approve of her participating in the protest. “To save my family, I have to save the country. They are young, they think differently. They will thank me later,” he told CNN, referring to his children, whom he has not seen since he joined the camp more than one month.

His movement will not end even if Lula da Silva is inaugurated, says a Bolsonaro supporter next to him. “We will be there to oppose him,” he said.

Previous Top 5: Movies that were released in 2022 that were approved by both critics and audiences
Next How do I know if someone has accessed my Gmail account?