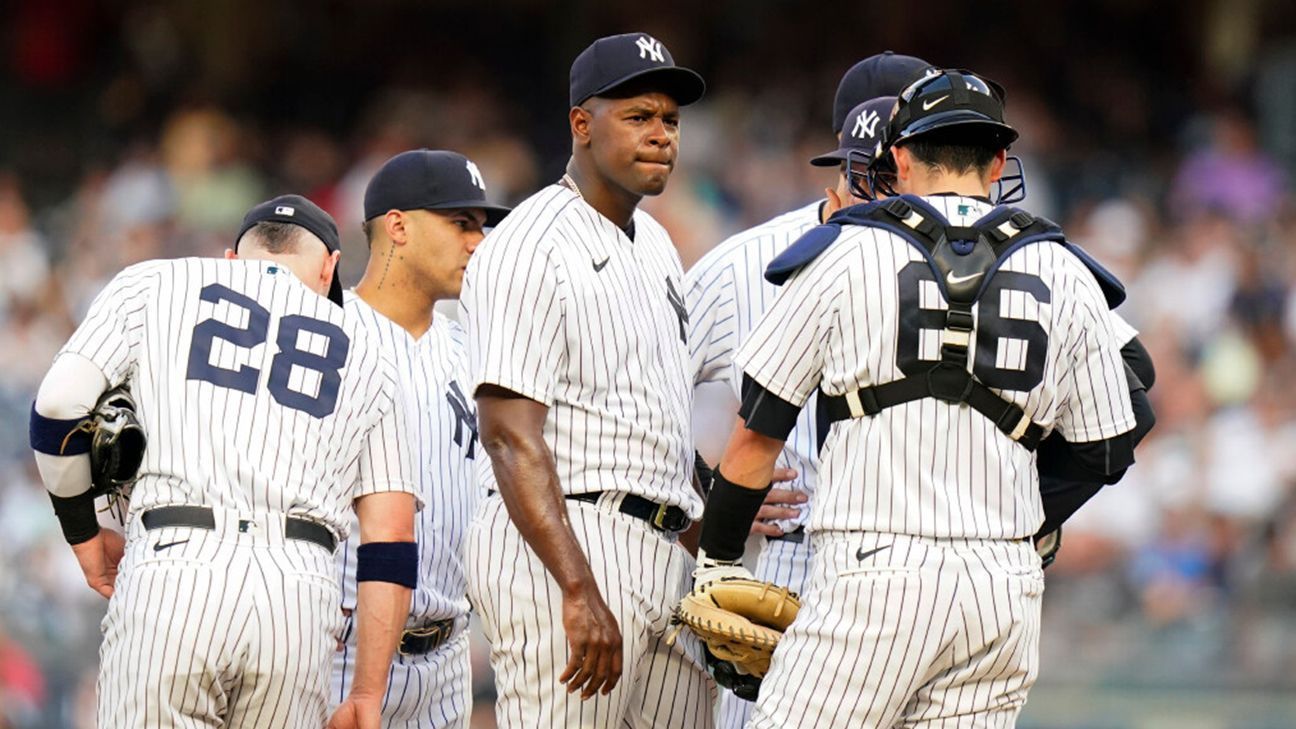 The Dominican pitcher was placed on the 60-day disabled list even though he believed he was close to a comeback.

the opener Louis Severino He hopes to be activated soon from the 15-day disabled list, since last Monday he had started a rehabilitation program for his physical problems.

The Dominican was sent to the 60-day disabled list during the week, which would not make him eligible to pitch again until September 13.

“I was not happy. i wasn’t expecting that”, He expressed before several media outlets that reported that the Quisqueyan starter was visibly affected.

The Dominican has problems with a lateral muscle and left the game on July 13 due to what the team described as “discomfort” in the throwing shoulder.

The right-hander also added that he could not do anything about the “plan” that the team has and was confident that he would return healthy.

“For me to come back healthy I will have to follow that plan. Work harder to return as soon as possible.”

The manager of the Yankees Aaron Boone He declared that he wanted the Dominican back as a starter but alluded to an issue with the roster due to the decision.

“The bottom line is we want Sevy back in the rotation,” Boone told the media. “The schedule still allows for four, five or six starts before the end of the season … we think (Severino) will be an integral part of whatever kind of postseason run we hope to have.”

According to a Mercury News report, Severino was asked if Boone knew that he was not happy with the decision made and how it was handled, to which the Dominican replied “he knows.”