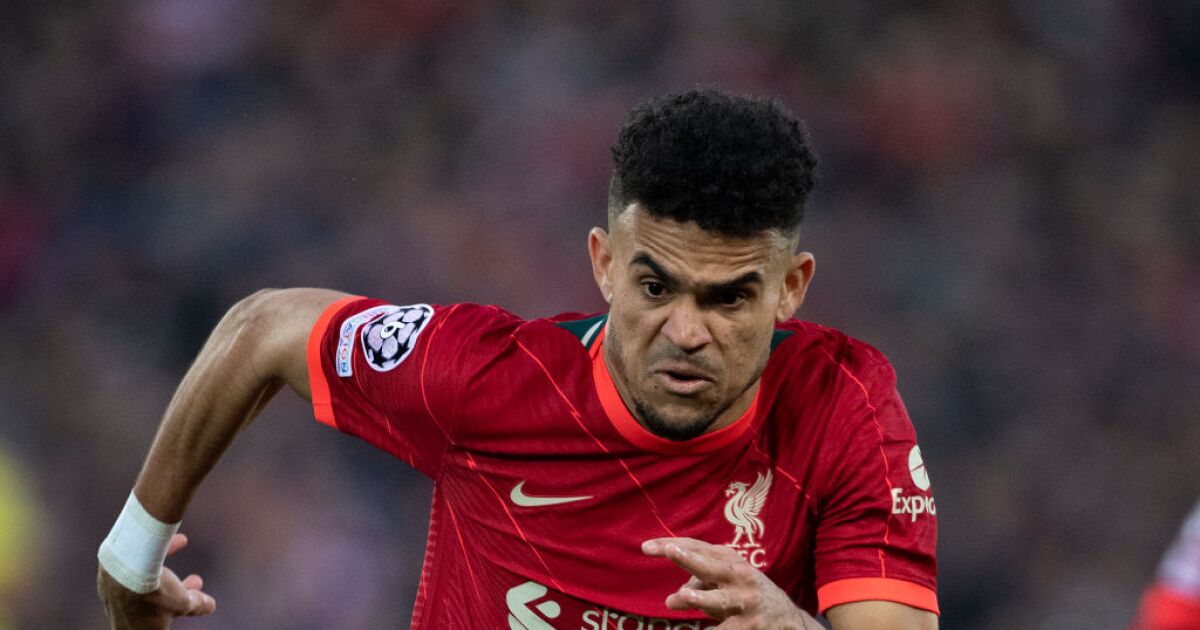 Luis Díaz had an excellent adaptation to Liverpool, a club he joined at the beginning of last season and with which he won the FA Cup and the English League Cup, without losing second place in the Premier League and Champions League.

After several weeks of inclusion in the payroll of the ‘reds’, directed by the German Jurgen Klopp, the guajiro knew how to make a place for himself in the club’s starting eleven, relegating to the bench figures of the stature of the Portuguese Diogo Jota and the Brazilian Robert Firmino.

With the departure of Sadio Mané to Bayern Munich in Germany, Díaz starts as the favorite to integrate the attacking ‘triple’ of the Anfield team, along with the Egyptian Mohamed Salah and the recently arrived Uruguayan striker, Darwin Núñez, from Benfica in Portugal .

The Barrancas native, who is already much loved by the Merseyside fans, could have a significant change for the following season; that he has nothing to do with his ownership or his position on the field of play.

Díaz could have a valuable inheritance from Mané, after his departure. This is number ’10’, which remains free after the departure of the Senegalese.

The English newspaper ‘The Mirror’ published a list of possible candidates to wear the shirt with the iconic number, where the Colombian ‘scores’ in terms of favoritism.

The other options are the English Harvey Elliot, Trent Alexander-Arnold and Curtis Jones; the Japanese Takumi Minanmino; the Brazilian Roberto Firmino; the Portuguese Diogo Jota and possible reinforcements Jude Bellingham and Jarrod Bowen.

“The electric Colombian winger was given the number ’23’ shirt at Liverpool after joining from Porto in the January window. Diaz quickly established himself as a fan favorite at Anfield and he certainly has the quality that befits a player who wears number 10, traditionally the most desirable number on the pitch,” says the British outlet about the national team winger.

What teams has Luis Diaz played for?

The Colombian made his debut at Barranquilla FC, later he went to Junior, where he became known in his early days. Porto was interested in him and took him to Portugal, where he shone and was later acquired by English Liverpool.