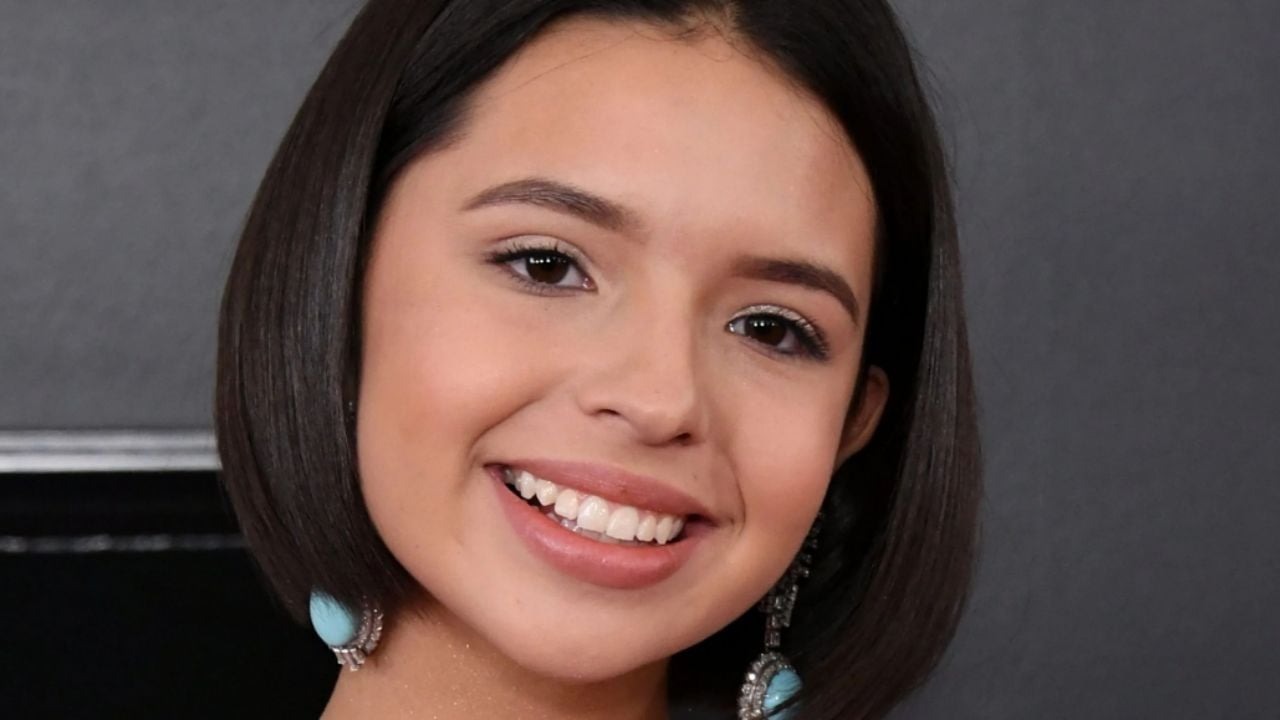 The singer and influencer Angela Aguilar became a benchmark for regional Mexican music, as well as a fashion icon. Thousands of women are inspired by their stylish outfits and they imitate their ways of combining clothes, details and make up.

This time the Mexican celebrity posted on her Instagram account, where she is followed by 7.1 million people, a promotional image for the participation of the Day of the Dead caravan, on November 2. She wore an outfit that was all the rage, not only for her stylish two-tone corset and her track jeans with lines that stylize her legs, but for her expensive and luxurious shoes.

A fortune on your feet: Angela Aguilar’s Versace shoes

The daughter of Pepe Aguilar, granddaughter of Flor Silvestre and Don Antonio Aguilar – that is to say, a whole dynasty of artists – carries a taste for fashion in her blood. Aesthetics is one of its strengths and it does not hesitate when it comes to being spectacular in the eyes of the public.

Because, Angela Aguilar chose for this special occasion, some shoes unique: lined in fuchsia pink satin silk, with high heels and large platforms, the model that belongs to the latest collection of Versace It’s called Medusa Aevitas and they cost around $ 1,500, which is equivalent to about 33,000 Mexican pesos.

The model is a success for the Italian firm, which counts it among the most sought after items in its online store and its physical stores. The shoes They are stunning, both for their 8-centimeter heels and for their platform that reaches 7 centimeters in height. They belong to the Autumn – winter 2021 collection as they are closed, but their sandal-like proposal allows them to be worn all year round.

The ankle bracelet is lined with sparkling stones and the brand’s signature gold Medusa charm.

The high-end footwear of Angela Aguilar It is one of the favorites of Dua Lipa, Ariana Grande and Beyoncé, who have worn them in green, yellow and French blue, in addition to intense pink like Angela’s. They are entirely made in Italy and the sole is made of leather.

It is evident that our beautiful Angela Aguilar can you shoes: from denim boots to luxury heels, your collection should occupy a good part of your wardrobe and you never repeat a shoe, neither above nor below the stage.

A fan of luxury brands such as Gucci, Prada, Balenciaga and Yves Saint Laurent, she also flaunted her pair of YSL heels with the carved heel in networks and caused a stir among fans.

With what other luxury on your feet will you surprise us Angela Aguilar coming soon?

Previous How to calculate the mark of the Medicine exam?
Next Dictators congratulate Ortega and Murillo for “electoral farce”