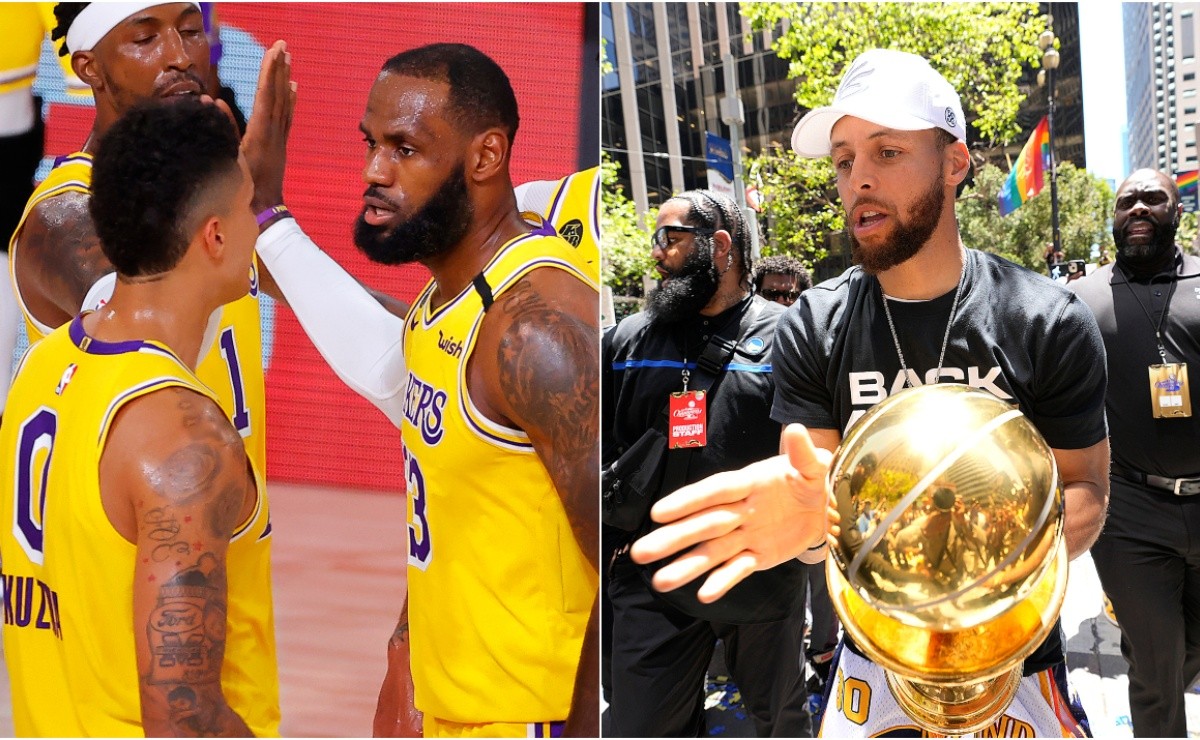 Through a message on Twitter, a former teammate of LeBron James in the Los Angeles Lakers was upset by the parade of Stephen Curry and Golden State Warriors after the 2022 NBA title.

Is it better to wake up envy than to feel it? It’s time for the big celebration Golden State Warriors after winning the title the NBA 2022, But not everyone was happy. A former partner of Lebron James in Los Angeles Lakers was upset.

The Warriors toured the streets of San Francisco and the players, as if they were one of the fans, got off their buses and began to share with the Golden State fans. Klay Thompson, one of the ones that delivered the most surprises.

Thompson was determined to enjoy the parade of the Golden State Warriors 2022 NBA title and in the midst of the emotion he sent a fan to the ground and almost lost one of his three rings, they still haven’t given him the fourth, champion.

All the excitement of the Warriors parade reached the eyes of a former teammate of LeBron James in Los Angeles Lakers 2020 champion and, as in that season it was lived the ‘bubble’ of the NBA, Due to the coronavirus pandemic (covid-19), the parade of the Californian team could not be held.

“We didn’t even have one! What the hell!”, it was the bother of kyle kuzma in front of Alex Caruso’s message stating that he was “sick” to see the parade of champions of the Golden State Warriors in 2022. Both former Los Angeles Lakers players were left wanting to have a celebration in this way with Lebron James and company.