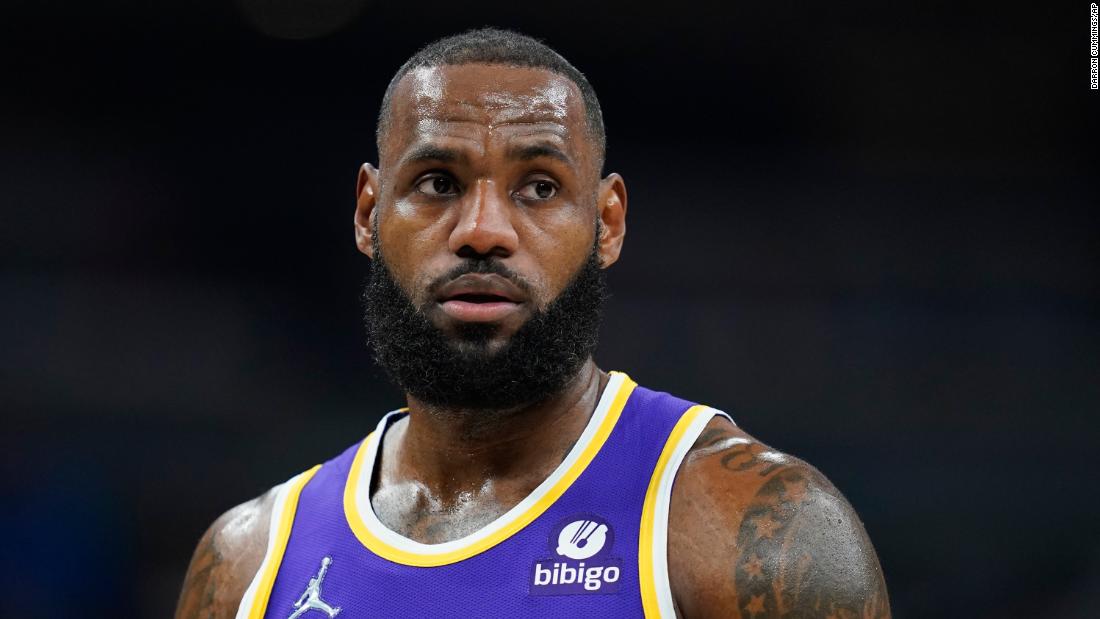 This was LeBron’s blow to Stewart 1:04

(CNN) – LeBron James’ celebration in the recent overtime win against the Indiana Pacers has earned the Los Angeles Lakers forward an NBA fine. The $ 15,000 penalty was imposed on James “for making an obscene gesture on the playing field,” the NBA said in a statement Friday.

“The incident occurred with 1:17 remaining in the fourth quarter of the Lakers’ 124-116 overtime victory over the Indiana Pacers on Wednesday at Gainbridge Fieldhouse,” the NBA statement said.

James made the gesture enthusiastically after taking a deep three-point shot while mimicking a celebration popularized by former NBA star Sam Cassell when he played for the Milwaukee Bucks.

James was also warned for using “profane language during media availability in response to discipline imposed by the league,” said Byron Spruell, who is president of NBA League Operations.

Last weekend, James was sent off after he made contact with Detroit Pistons player Isaiah Stewart in the face. That altercation that sparked a confrontational reaction from Stewart and a fight on the court.

Stewart was later sanctioned with a two-game suspension by the NBA for “escalating” the situation and “repeatedly and aggressively” pursuing James, who received a one-game suspension for the first time in his 19-year NBA career for ” recklessly hitting “the center of the Pistons in the face.

After Wednesday’s win over the Pacers, James said the one-game suspension was “a f ** k” –