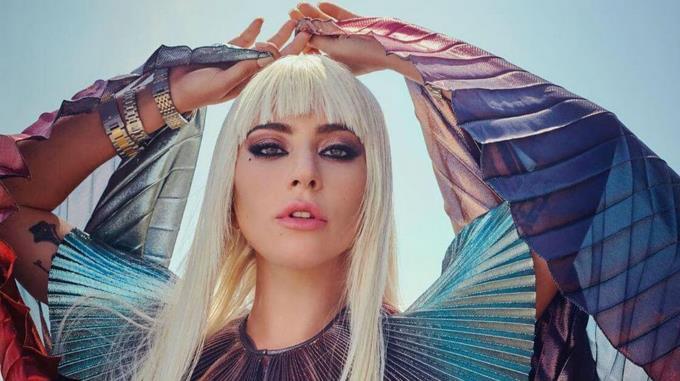 Lady Gaga to women: “If you think you don’t count, hold on and be whole”

Lady Gaga, who is in Milan (northern Italy) for the premiere of “House of Gucci”, the film by Ridley Scott about the murder of Maurizio Gucci in 1995, today launched a “message to women”: “If you believe that you do not count, hold on; if you survive, try to remain whole. “

“Patrizia Reggiani made a huge mistake and I think that even today she lives with great regret,” she said in statements to the media about the woman she plays in her latest film and who ordered the murder of her husband, a crime for which the “black widow” spent eighteen years in prison.

The artist assured that this role has been “a huge challenge” for her, but that she had found “a way to love” Reggiani “because she was a young Italian woman, from Vignola, who dreamed big and wanted to live a better life.”

“I think many women say that they are simply looking for money and want to marry rich men”, an image that they do not like “because for many it is just a way to survive: when you are little they tell you that it only matters if a man kneels and He asks you in marriage and if you are beautiful; this has been taught to me and Patricia as well “.

The actress and singer expressed her desire that “there is a reflection on women when they are taken beyond the limit. Patrizia Reggiani was pushed beyond the limit, a murder occurred, because everything was focused on the business and not on her , they should have paid attention to it. “

Asked about the Oscars, the artist assured that after the statuette won for the best song for “A star in Born” (2019), “winning another or even having the nomination would be a great honor.”

“I already feel very privileged to have won one with” A star is born, without that film I don’t know if I would ever have won, “she said, before adding emotionally:” When I talk about this film with my family, my father keeps crying . And I can’t stop thinking about the tears and being recognized for something so profound. “

In “House of Gucci”, Lady Gaga is placed under the orders of Ridley Scott to play Patrizia Reggiani, convicted of ordering the murder of Maurizio Gucci, shot by a hitman on March 27, 1995 in Milan.

The film about the fashion dynasty is based on the book “The House of Gucci: A Sensational Story of Murder, Madness, Glamor, and Greed” by Sara Gay Forden, although it has received criticism from the fashion family, who lamented no one contacted them when creating the story.

The criticism even came from Reggiani herself, released since 2017. “She is very upset because dozens of production trucks have invaded Milan and she does not know anything or have contacted her,” her lawyer, Daniele, told Telelombardía Pizzi, during filming.

“I have tried to feel compassion for all Gucci and to be as professional as possible, taking into account the real nature of the story,” said the artist.

Previous Yuri Rodríguez: “Indes supports me, the deputies do not” and “they have made me more famous with the attacks, they love and hate me”
Next “It was a planned hike”: Vice President Ulloa reacts to sudden arrest of homicides