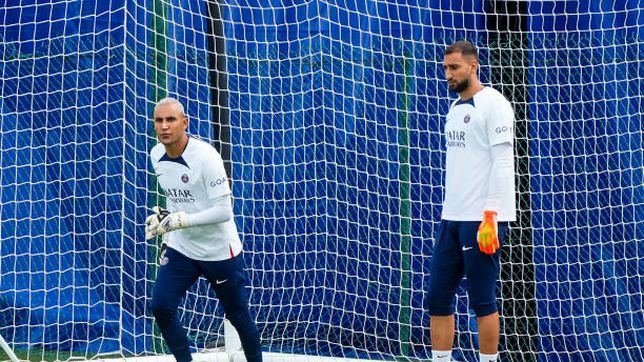 After the summer that Keylor Navas has lived before the possible departure from Paris Sait-Germain to join a new club, Christophe Galtier’s announcement about the ownership for Gianluigi Donnarumma barely took the reins of the whole of the Parc des Princes and the little activity In preseason, the situation between the Costa Rican and his coach is quite tense.

The new technical director of PSG declared in an interview for Le Parisien about different issues that have generated controversy in the first weeks of his work at the head of the Parisians and one of them was the moment that the goalkeeper of the Costa Rican National Team lives, as well as the way of working throughout his career as a strategist.

Galtier commented: “It’s difficult for Keylor, but I work like this. I prefer to choose a number 1, after that it is up to him to be efficient. All this, taking into account that the person in charge of covering the goal of the Ligue 1 champions will be the 23-year-old Italian soccer player from Milan and not the historic 35-year-old multi-champion with Real Madrid.

YOU MAY BE INTERESTED: Substitute? Keylor Navas shines in practice with PSG

Given this situation, the leader of the Costa Ricans heading to the 2022 Qatar World Cup took the opportunity to respond through his official Instagram account, where he posted the message: “God-Family-Soccer. I work like this!” With which he evidently paraphrased the French coach that he already has experience in local football and aspires to surpass his achievements.

Paris Saint-Germain has already managed to lift the French Super Cup against Nantes, with Donnarumma starting and delivering some important saves, as well as a couple of doubts due to elevation and his footwork. Given this, Keylor watched from the substitutes’ bench and the same is expected to happen this Saturday at the premiere of a new Ligue 1 campaign.