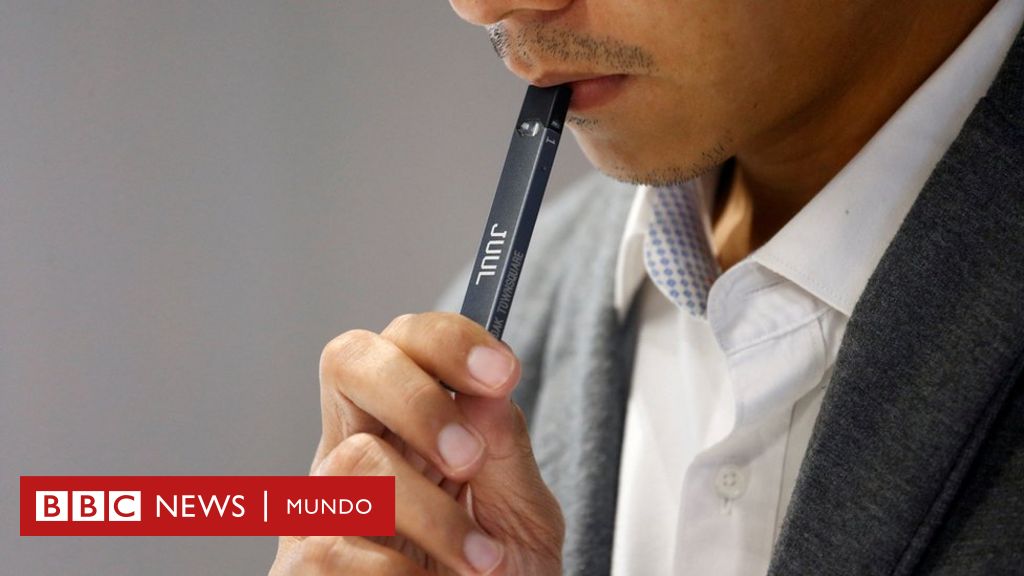 The US Food and Drug Administration (FDA) has banned the sale of all Juul brand products, one of the country’s leading e-cigarette companies.

In announcing the move, the FDA said it did not have enough data to ensure that the marketing of the company’s products was “appropriate for the protection of public health.”

Juul representatives said they will appeal the decision.

This ban adds to other recent FDA anti-smoking efforts, including planes to reduce the amount of nicotine allowed in cigarettes.

The agency had already banned the fruity flavors that helped make Juul a phenomenon among teens a few years ago.

“Today’s action is a further step forward in the FDA’s commitment to ensure that all currently marketed e-cigarette products and electronic nicotine delivery systems meet our public health standards,” said the FDA commissioner. , Robert M. Califf, in a statement.

Juul, founded in California in 2015 by two former smokers, has marketed its vaping pods as a healthier alternative to traditional tobacco cigarettes.

But its products, which contain high concentrations of nicotine, began to cause controversy when their use among adolescents skyrocketed.

In 2020, the FDA asked e-cigarette companies to submit their products to the agency for a decision on whether to approve them for marketing. Since then, some of them have been given the green light.

In its statement Thursday, the FDA said it had not received no information suggesting an “immediate danger”. But he also highlighted the relevance Juul products have in the e-cigarette market.

“We recognize that these make up a significant portion of the products available and many have played a disproportionate role in the rise of youth vaping,” Califf said.

Juul representatives said they would seek a stay of the ruling, allowing it to continue selling its products while it explores other options, including an appeal.

“Respectfully we do not agree with the FDA’s findings and decisionand we continue to believe that we have provided sufficient information and data based on high-quality research to address all of the issues raised by the agency,” the company’s director of regulation, Joe Murillo, said in a statement.

“We remain committed to doing everything in our power to continue serving the millions of American adult smokers who have successfully used our combustible cigarette cessation products, which continue to be available on shelves across the country,” he added. .

Juul has already seen its business affected by regulatory action, as authorities investigated its marketing practices to teens and tightened rules on what flavors could be sold. International restrictions have also limited its expansion outside the US.

Altria Group, which took a 35% stake in the company in 2018 for more than $12 billion, has been forced to write down much of the value of its investment.

Shares of the company sank 9% on Wednesday after the Wall Street Journal reported on the FDA’s plans.

Whatever dubious marketing practices the company may have engaged in, the ban on Juul products is bad news for health experts who believe e-cigarettes are effective in helping people quit traditional cigarettes, which considered much more harmful.

The British National Health Service (NHS) notes on its website that “thousands of people in the UK have quit smoking with the help of an electronic cigarette”.

“A major UK clinical trial published in 2019 found that, when combined with face-to-face support from experts, people who use e-cigarettes to quit smoking have twice the chance of success than people who use other nicotine replacement products, such as patches or gum,” says the NHS.

The agency also says that, although “they are not completely risk-free, they carry a small fraction of the risk of conventional cigarettes.”

“E-cigarettes do not produce tar or carbon monoxide, two of the most harmful elements in tobacco smoke. The liquid and vapor contain some potentially harmful chemicals that are also found in cigarette smoke, but at much lower levels.” , reports the NHS.

Now you can receive notifications from BBC World. Download our app and activate it so you don’t miss our best content.