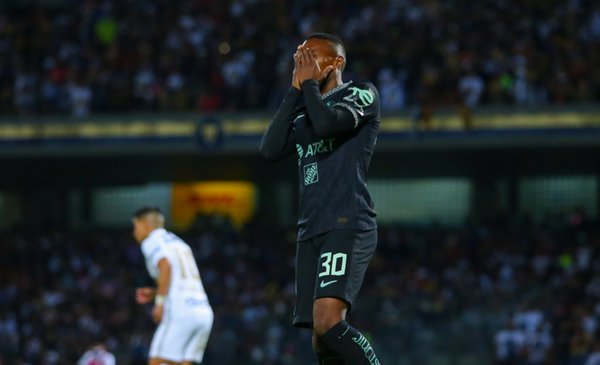 The America club He is looking for new reinforcements and it is that officially it has only been an announcement that he has made. For this reason, the fans have been pressing so that some elements that are not helping the team to function can leave and make room for new players who could arrive in this tournament.

One of those recently revealed to be leaving the Nest is Juan Otero and it came with Santiago Solari as the solution to cover as a right winger, but in reality the adaptation was not the best, until the preseason duels that have stood out with goals, but not so recurrent.

With this, it was handled that there is already an agreement with the Necaxa Club, with whom the Eagles have made moves in recent transfer markets by placing players who are functional for the Rays and this would be the case of the Colombian. But apparently everything could fall in a matter of seconds for a particular issue.

According to the reporter Alexander AlfaroOtero is in the same plan as Federico Vinas and does not want to leave the team. The deal between both squads is already closed so that it arrives as a loan, but now it is the footballer who does not intend to leave Coapaso if the directive does not accept it, it will have to include it again in the next tournament as it has done with the Uruguayan.