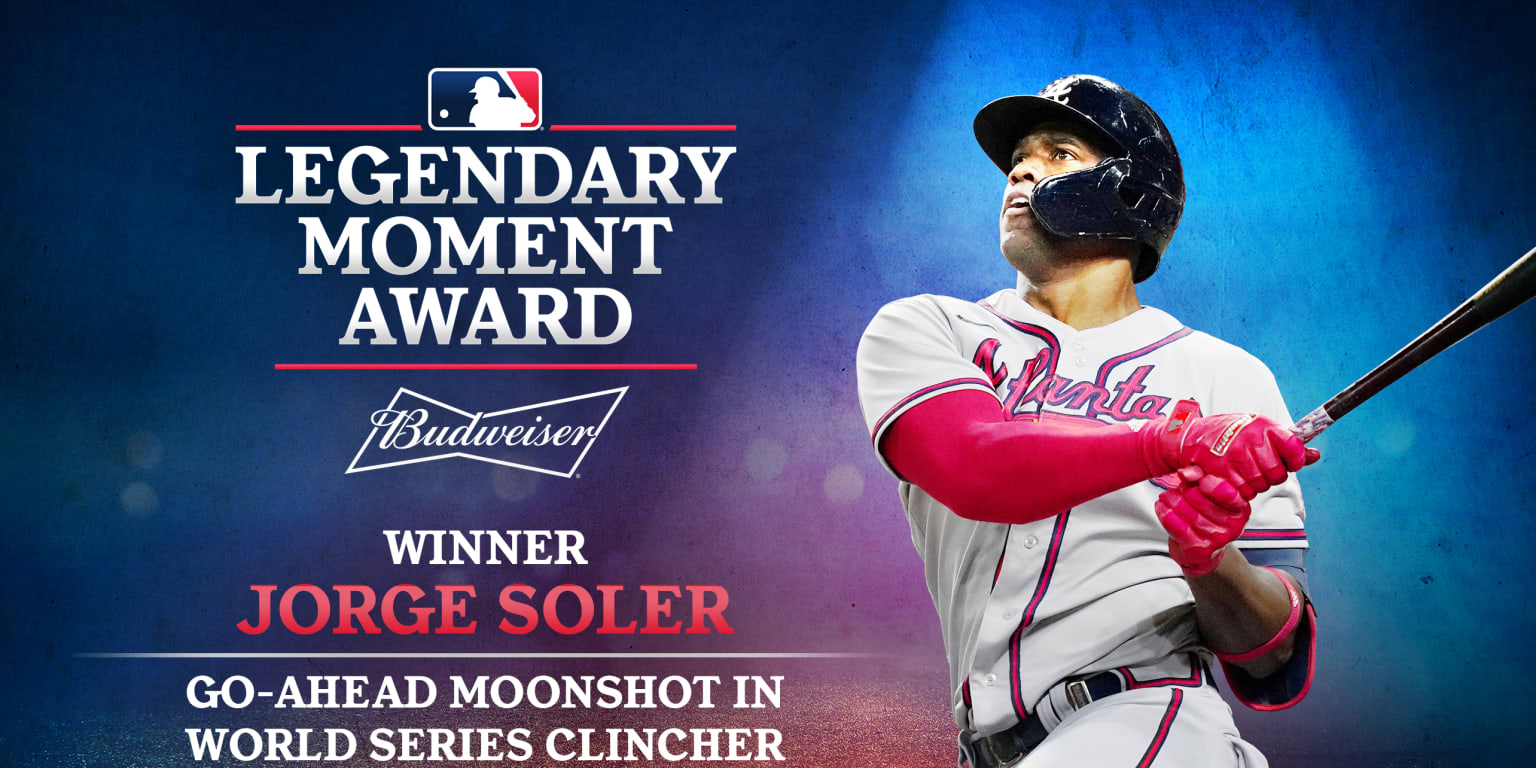 Cuban Jorge Soler helped the Braves win their first World Series since 1995, taking MVP honors from the Fall Classic and entering free agency in style. Now the mighty gunboat has another trophy in his collection. On Monday, on the MLB Network, it was announced that Soler was named the winner of the 2021 MLB Legendary Moment Award, presented by Budweiser.

While Soler hit three key home runs during the World Series against the Astros, the Legendary Moment Award specifically honors his monstrous homers to put the Braves ahead in the decisive Game 6 in Houston.

After all, who can forget the sound when Soler’s bat hit the pitching of Venezuelan Luis García? The hit came in the third inning, with the scoreboard tied 0-0, two runners on bases and two outs. With the count at 3 and 2, Soler pulled a slider out of Minute Maid Park to put Atlanta up 3-0. The hit traveled a projected distance of 466 feet and headed the win 7-0.

“I knew he hit it well, but to be honest, when I hit him right away I turned to the dugout and started celebrating,” Soler said after the game. “So I didn’t really see the ball come out.”

Soler’s palazo beat seven other plays in the fight for the Legendary Moment Award, in which there were four moments from the regular season and four from the 2021 postseason. The winner was chosen by a vote of fans and a panel of experts from MLB.

Soler was the one who received the most votes from both fans and experts.

Previous ETH would be a deflationary asset in about 8 months, says businessman
Next Elena Torres, award for the best presentation at the National Congress of Medical Students