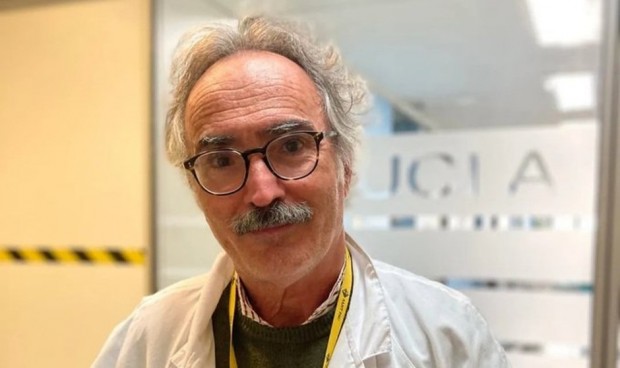 The Hospital the Santa Creu and Saint Paul, belonging to the network of the Catalan Health Service (CatSalut) has announced this Saturday the death of one of its most renowned doctors and head of one of the key departments of the hospital complex.

As announced by the Hospital de Sant Pau on Twitter, Jordi Mancebo, director of the Intensive Medicine Service of the Catalan hospital complex, has died this Saturday. His colleagues have wanted to highlight in his farewell message that it is about “an example of medical excellence” and have sent condolences to family and friends.

The cause of death was a oncological disease that it was in an advanced state and that the doctor has not been able to overcome.

A professional with extensive experience

Since 2009, Jordi Mancebo has been the director of the Intensive Medicine Service of the Hospital de la Santa Creu i Sant Pau. He graduated in Medicine and Surgery (1980) and later became Doctor in medicine (1991) by the Autonomous University of Barcelona.

He specialized in Intensive Care Medicine in 1986 and in 2004 obtained a Master’s Degree in Management of Health Institutions (Doctor Robert Foundation and Autonomous University of Barcelona). She has held other managerial positions at the Hospital (Deputy Director of Clinical Management, 2005-2008) and in scientific societies of its specialty at national, European and North American level.

His area of ​​clinical expertise was acute respiratory failure, invasive and non-invasive artificial ventilation, and extracorporeal ventilatory support. Also, she was Associate professor from the UAB Department of Medicine and has advanced research accreditation (full professor) from AQU Catalunya since 2015.

In science, it was associate editor of the American Journal of Respiratory and Critical Care Medicine. He has also been awarded various national and international awards and distinctions.