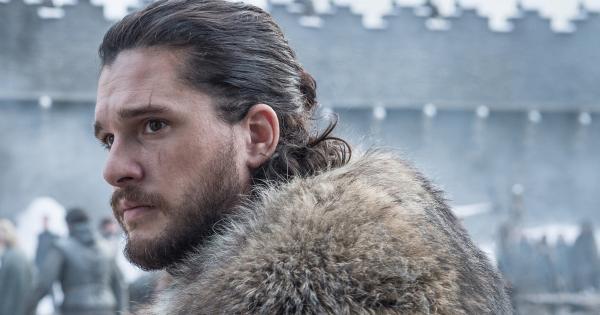 83% will remain one of the most frustrating titles in television history. The series revolutionized the genre itself from its premiere and showed that great fantasy epics could be better explored in the long term than with million-dollar movies. The problem was that the story quickly reached the novels of George RR Martin, who still hasn’t finished his saga, so the writers began to go more or less blind. Despite this, GoT is still quite popular and House of the Dragon is expected to work to wake up fans, as is the recently announced Jon Snow project that Kit Harington is more involved in than we thought.

The last seasons of game of Thrones they were criticized for squandering what had made the series stand out in the first place. All those compromises to develop the characters were left behind to tie up loose ends as quickly as possible. In fact, if one analyzes the denouement well, one can see aspects that are quite consistent with the rest of the series, but since it happened so quickly and without genuine time to support these character decisions, it was perceived more as an easy exit and rather clumsy.

One of the biggest conflicts for fans was the character of Jon Snow. For years, priority was given to his story and the mystery of his origin, that he was more than just a simple bastard. Readers of the novels and experts on the series already knew more or less what the revelation would be, but it was still a very important one because it seemed to confirm various possibilities for him, from proclaiming his rightful place on the throne to being the legendary figure who would end the White Walkers.

Ultimately, Jon Snow’s development stalled when he met Daenerys and made her his queen. The ultimate betrayal between the lovers, to avoid a major political conflict, caused a lot of fury among the viewers, who also considered that they had done something very unfair with Kit Harington in the role that launched him to fame. However, the hopes of some were renewed when it was confirmed a few days ago that HBO is seriously working on a sequel to give this character a new chance.

You may also like: George RR Martin criticizes fan reaction to the end of Game of Thrones

Although we all know that Harington is perfect as Jon Snow, not everyone was sure if he would want to return after the disappointment of the end. The good news is that the actor not only plans to return, but also that he was the one who originated the idea in the first place. In interview with BBC (via ScreenRant), Emilia Clarke, who played Daenerys and a close friend of Harington, confirmed that the actor is involved in the project in every way:

From what I understand, [la serie] was created by Kit, so it’s in the project from scratch. So if it happens, hopefully what you see will be certified by Kit Harington.

This is excellent news, because one of the actors who was most disappointed with the ending was Kit Harington, so maybe he’s been wondering what will become of Jon Snow now that he’s been banished. It’s clear that HBO wants to continue to exploit the GoT brand, so a new story backed by the actor sounds ideal for the execs, especially if they then find a way to get GoT involved. George R.R. Martinwho at the moment seems much more interested in television than in finishing his novels.

Kit Harington He became quite famous thanks to his participation in game of Thrones and although he has explored other alternatives, Jon Snow remains his most important role. The actor recently appeared in Eternals – 58% in what was clearly only a first step in the MCU, so we can see more of his work there as well. For now, the aforementioned sequel series is still in its infancy, but HBO could speed things up to win fans back.