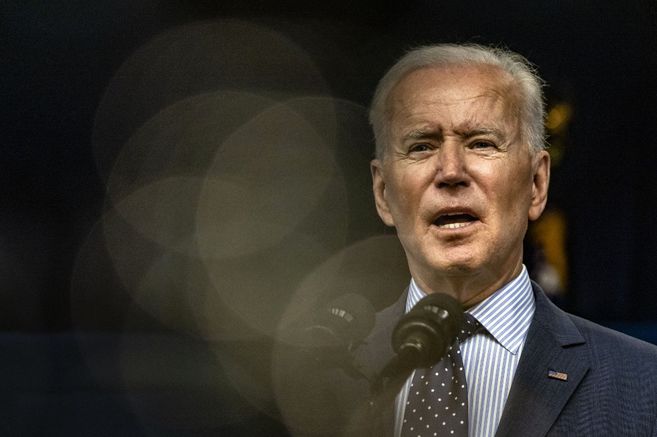 Oil sustained its longest streak of weekly losses since March as President Joe Biden kept investors guessing if he will take steps to control prices that have helped fuel a surge in US inflation, hurting consumers.

Biden is evaluating measures including the release of oil from the country’s strategic reserves to try to lower the cost of gasoline at the pump, which has reached a seven-year high.

Read also: Inflation, the ghost behind the economy in the United States

For several weeks, a small group of his top advisers have discussed possible measures, according to people familiar with the matter. Consensus has been elusive, as some Energy Department officials oppose tapping into strategic reserves, while White House advisers push for a release, or even to halt U.S. crude exports. .

Oil has risen this year as consumption recovers from the impact of the pandemic, contributing to the fastest consumer price inflation in the US in three decades. Faced with mounting political pressure to act, Biden is weighing his intervention options despite the Energy Information Administration targeting weaker balances next year.

The gas price challenge Biden faces is particularly evident in California, the state where drivers typically pay more for fuel than anywhere else in the U.S. Retail prices now average $ 4.65 per year. gallon, just 2 cents less than the record set in 2012, according to AAA data.

Oil prices fell on Friday on rumors of the use of strategic reserves in the United States to lower crude.

Likewise, this week OPEC also revised down its estimate of growth in oil demand for this year.

The danger of dipping into reserves

Drawing on strategic oil reserves is an alternative that resonates strongly in the United States to lower crude prices, with a president on the defensive with inflation driven by the cost of gasoline.

However, in the midst of a commitment to climate change, the White House is weighing this rarely used strategy whose impact on the price of fuel at gas stations would be, at least, provisional.

The United States created its strategic reserves in 1975 to face oil shocks. It keeps them in huge underground deposits some 800 meters deep along the coast of the Gulf of Mexico, capped at 714 million barrels (mb).

Currently, the level of these stocks scales to 609 mb, according to the Department of Energy, something like six months of crude consumption in the country.

About 60 sunken reservoirs in a salt layer are distributed in four highly monitored sites in Louisiana and Texas.

Read also: Coffee reached its highest level ever: why is it bittersweet news?

It takes about 12 days after the president’s decision for that oil to be refined and fit for sale. It can be used to meet domestic demand or be exported.

The law gives the US president the prerogative to use up to 30 million barrels in 60 days or more “in the event of serious power outages.”

In 2005, his son George W. Bush ordered 11 mb to the market after Hurricane Katrina that devastated Louisiana and its oil structures.

On the contrary, in 2011, after the September 11 attacks, Bush Jr. ordered the reservoirs to be filled to the top.

Dumping these reserves into the market to lower prices could have a limited, short-term effect, estimates John Kilduff, oil market analyst at Again Capital.

“To be effective, it is necessary that the amount of reserves used is important and that there is a coordinated effort” with other countries, he stressed.

In times of emissions reduction speeches, drawing heavily on these reserves can arouse criticism.

“It would be counterproductive in terms of the image on climate change,” recently highlighted an editorial in The Washington Post. “It is certainly a contradiction” for the Joe Biden government, Kilduff noted on his side.

“Leaders in the fight against climate change are in favor of high oil prices to allow renewables to be more competitive,” added the analyst.

But for Biden, inflation – the highest in three decades at 6.2% in 12 months to October and heavily pressured by energy prices – could be political poison.

Fighting the price increase became imperative for the White House.

“These (price) increases affect the popularity of the president,” says Kilduff.

This level, still acceptable to drivers, becomes problematic starting at $ 4 a gallon, according to experts.

“It is a breaking point. They then spend US $ 100 to fill the tank of an SUV. That captures the attention of motorists and undermines consumer confidence, and slows the economy, “warns John Kilduff, who recalls that all recessions in the United States were preceded by a rise in oil prices.

Previous Mexico called its ambassador to Nicaragua to consult after the re-election of Daniel Ortega
Next Falcons vs. Cowboys – Game Report – November 14, 2021