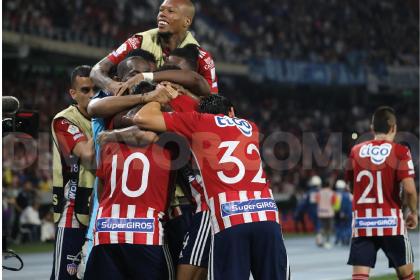 Junior de Barranquilla has been one of the Colombian soccer teams that have added the most reinforcements for the 2023 season, where they hope to make a good presentation in the Copa Sudamericana and win the BetPlay League title, the latter, overcoming the unfortunate performance in the closing.

With the incorporation of players such as defenders Edwin Herrera, Iván René Scarpeta and Amaury Torralvo, midfielders Carlos Sierra, Léider Berrío, star Vladimir Hernández and striker Brayan León, Junior will seek to once again be a protagonist in Colombian soccer.

However, Junior’s managers continue to search for international reinforcements and in the last few hours the signing of the Venezuelan was practically confirmed. Jesus Hernandezwho underwent medical examinations on December 30 and only needed the signature to become official.

According to the leaked information, Hernández did not reach an economic agreement with Junior de Barranquilla and everything was left on the table of the shark team, who, for the moment, decided not to continue with the linking process.

After not reaching an economic agreement with Junior, Jesús Hernández would have ready an offer from Saudi Arabia that would be much higher than what the Barranquilla team offered him, so he could negotiate with a team from that country.

It must be remembered that Jesús Hernández was a figure in Envigado and after not continuing in the Paisa team, he decided to listen to offers, but it is not yet known if he will decide to go to foreign soccer or stay in Colombia.