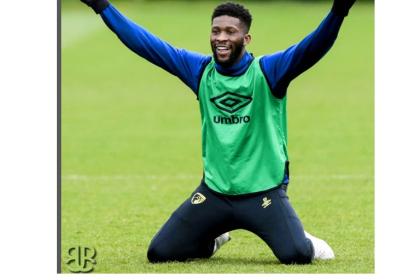 Jefferson Lerma: Nottingham Forest would look for him in the next market, he would leave Bournemouth | Colombians Abroad

Being on the radar of a Premier League team is always good news. But also, it must be said, it loses some of its shine when it comes to a team in the relegation zone.

This is the situation in which Jefferson Lerma could be, who according to the local press would be on the radar of a team affected by the FIFA virus during the recent World Cup in Qatar.

The victim was the Senegalese, Cheikhou Kouyaté, who was injured in Doha and will be out for at least three months. That is why his club, Nottigham Forest, would have noticed the Colombian.

“We want at least two players in January,” team owner Evangelos Marinakis told the Telegraph newspaper, which would open the option for the midfielder, the favorite of coach Steve Cooper.

The Colombian who missed the Carabao Cup duel in the middle of the week due to gastroenteritis but is ready for the resumption of the Premier League on December 27, visiting Chelsea on the 17th.

The question is that if Bournemouth is in 14th place, with 3 points more than Nottingham, which is in the relegation zone, why would it be attractive to leave? Lerma has not renewed the contract that expires in June 2023 and that allows him to listen to offers. His valuation of 15 million euros is a virtue and a barrier for many, but right now his condition to negotiate is ideal. We will have to see what decision he makes.

Previous Historical characters, a mystery to solve and a free episode in this storytelling adventure that is complete on PlayStation Plus
Next Diego Luna and his 6 series that everyone should see (and where)