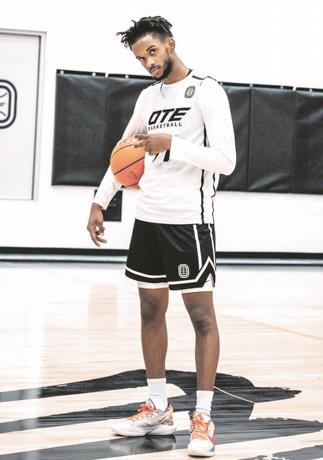 The most optimistic projection has the Dominican Jean Montero being selected at the end of the first round of the NBA draft to be held this Thursday night.

But it is most likely that the Creole native of Villa Juana will be taken by a franchise in the league in the middle of the second round, which would allow him to make part of his dream a reality.

Growing up as an admirer of Kobe Bryant, with a legendary stint through the youth ranks of the Dominican national team and charting a different path to reach the finish line, Montero is both an interesting and enigmatic prospect.

He seems to be halfway between an elite talent due to his skills, maturity and experience on the court, but who may have many who doubt him due to his physique that some consider unprepared for the rigors of the NBA.

CBSsports.com ranks him 30th with the Denver Nuggets, but other trade publications rank him further off such as Sporting News (36, Portland), nbadraft.net (43, Clippers), nbadraftroom.com (48, Minnesota) and ESPN.com (49, Sacramento).

He participated in the NBA Combine organized by the league for his prospects to demonstrate their conditions and was in private training with teams such as the Atlanta Hawks and the Washington Wizards.

Although the expectations of the organizers of the imitation drafts at the beginning of the year had him among the top 20 and some optimists projected him among the lottery picks (top 14), the reality is that Montero has seen his bonuses go down, but not as much. enough for several teams to pass up the opportunity to have a talent of their ability and projection.

His report highlights that he is very advanced both in his skills and in the way he thinks about the game. He is a good shooter, is not selfish on the ball and excels at moving plays and improvising.

On the other side of the coin, it’s noted that at 6-2 and 172 pounds, he’s haunted by the stigma of lack of size and little physical advantage for the NBA.

Still, he is lauded for his leadership, his shooting from beyond the three-point arc, his intelligence on the ball and his progress in the half-court game.

His projection is to become a point guard for the team’s second unit. His nature is to be a scorer, but that’s not a problem in modern basketball.