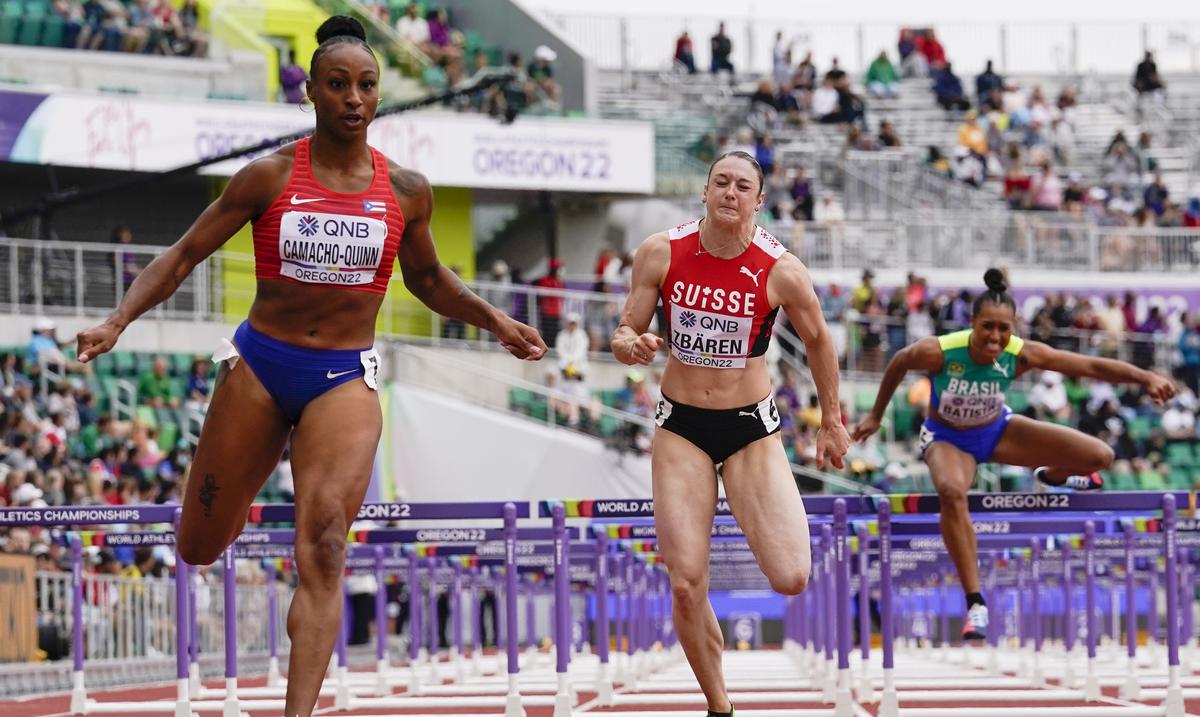 Puerto Rican Jasmine Camacho-Quinn returned once again to the victorious route this Saturday when she prevailed in the 100m hurdles in Poland with a new record for the event of 12.34 seconds, after also winning her qualifying heat.

Camacho-Quinn, who has just won the bronze medal two weeks ago at the World Championships in Athletics held in Eugene, Oregon, to add it to his historic gold at the Tokyo Olympics, ran this Saturday at the Silesia Kamila Skolimowska Memorial of the Diamond League in Poland.

However, the 100 hurdles race did not count for points in the league contest, in which the Puerto Rican is second in the season when several events are still missing in the year.

But his performance allowed him to continue in competition rhythm although he did not specify after the World Cup how many more events he will run in 2022 before ending his campaign.

Camacho-Quinn began Saturday’s day by winning her heat by timing 12.51 seconds to beat Americans Tia Jones (12.68) and Gabriele Cunningham (12.97), and go straight to the final of the 100 hurdles.

Just over an hour later, in the afternoon in Poland, Camacho-Quinn returned to the track and beat eight other contenders in a time of 12.34 seconds, which is the women’s record for the Silesia Memorial.

Once again Jasmine beat American Kendra Harrison in a final, who came second with 12.37, followed by Jones with 12.49.

Harrison was the holder of the previous world record (12.20 seconds) until the Nigerian Tobi Amusan broke the mark in the World Championships in the semifinals with a time of 12.12. That same day she ran the final and won the gold with a time of 12.06 but it was not recognized as a record because the test was given with a tailwind above the regulation to validate marks.

Harrison, meanwhile, was one of the rivals that Camacho-Quinn beat in the final of the Tokyo Olympics last year, and has beaten her again on several occasions this year.

With 16 points and two runs, Camacho-Quinn is second in the 100m hurdles standing in the Diamond League, trailing only newly crowned world champion Amusan, who has 22 points and three runs. In fact, Camacho-Quinn beat Amusan the only time they met this year in the League, that time in Stockholm on June 30.

Jasmine is perfect at 2-0 in the League and is well on her way to qualifying for the final of the prestigious competition on September 7-8 in Switzerland.

His 12.34 seconds on Saturday, however, are not his best time of the year, since in the final of the World Championship he clocked 12.23 to record a new personal best. However, for the purposes of Puerto Rico’s national record, the 12.26 that she ran in the semifinals of the Tokyo Olympics in 2021 remains in force. This is due to the wind factor that prevented the Nigerian Amusan from breaking the world record twice in the same competition.