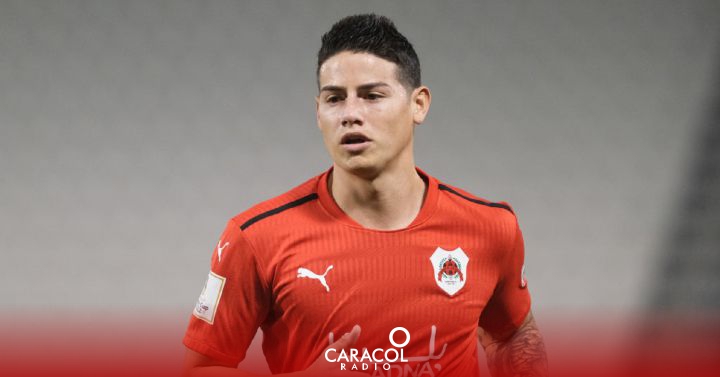 the output of James Rodriguez of Al-Rayyan of Qatar seems imminent. The Colombian soccer player has made it clear publicly that his intention is to return to a more competitive league after half a year in Qatari football.

Although there are teams with which he has been related such as West Ham, Inter Miami, Valencia, among others, a team from Turkey reappeared on the radar after it was one of the most popular destinations from the first moment that the Cucuteño’s desire to leave Qatar was known.

Turkish journalist Salim Manav reported on his Twitter account that the Galatasaray would analyze signing the Colombian: “The yellow-red administration is investigating the conditions of the 30-year-old Colombian star. Given the right conditions, management looks warmly“.

However, one of the obstacles that this movement would have lies in the salary of the 30-year-old player which is quite high. In the event that it decided to lower it, the institution’s directors would make the effort to finalize the movement.

In turn, we will have to wait for the decision made by the player, who will surely have more offers on the table, but will almost certainly give priority to one that comes from the Old continent.