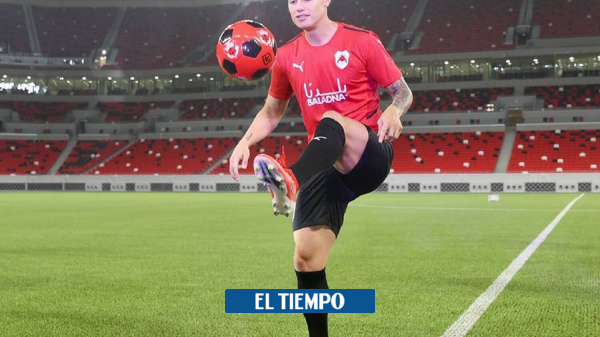 The player could leave Al Rayyan, but the outlook is uncertain.

Uncertainty continues over the future of Colombian soccer player James Rodríguezwho could leave Qatar’s Al Rayyan, if another possibility materializes in the transfer market that is active.

The new press rumor indicates that James could join the Galatasaray club in Turkey, the same in which Falcao García played.

The information is already echoed in the Turkish press, where new details about the operation are given.

It is said that Galatasaray took action again for James Rodríguez, who was previously on the club’s agenda.

Apparently the president of the club, Dursun Özbekis preparing to sign a transfer of impact in the world, as a great gift for the fans.

The issue would go through the salary of the Colombian. Turkey’s Sabah newspaper states: “In the event of a salary reduction requested by the player, the management will seek a basis for an agreement.”

Turkish journalist Salim Manav reports on Twitter that “The yellow-red administration investigates the conditions of the 30-year-old Colombian star. Given the right conditions, management looks warmly“.

James has already expressed his desire to leave Qatar to join a more competitive league.

James Rodríguez scored the one for Colombia against Venezuela, at the Cachamay stadium.

The player’s contract, which expires in 2024, is said to have a current market value of €13m.

In this transfer period, James has been associated with teams like Valencia from Spain and Boca Juniors from Argentina.