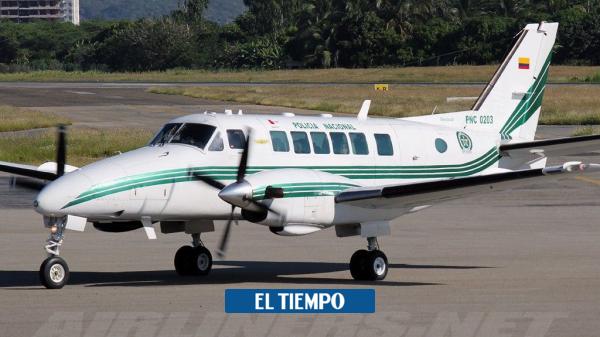 the eventual negotiation of airplanes by this government generated in the last hours a clash between Iván Duque and the president-elect, Gustavo Petro, who asked the head of state to suspend the purchase of said aircraft and warned: “Any plane that is bought for public institutions in these weeks will be sold again. I ask President Duque to suspend these purchases.”

(You can read: The challenges that the government of Gustavo Petro will face in drug policy)

Duque, through different media, responded to Petro that these negotiations had been going on for some time and that they were not last-minute actions.

The President said that these are planned acquisitions because the equipment is obsolete and said that “those processes are in the budget. Here there are no expenses that are expended, that do not have a budget support”. According to the president, this is how they will understand it when the connection begins.

High government sources confirmed to EL TIEMPO that for six years the purchase had been negotiated of six planes for use by the Police and a seventh, about two years ago, which would be in charge of the Colombian Air Force (FAC), for the transportation of the President of the Republic.

(We recommend: Kidnapping of children, charges for deaths and other cases accepted by ex-FARC)

Those processes are in the budget. Here there are no expenses that are incurred,
that do not have a budget support: President Iván Duque

“The purchase of the Police aircraft is intended to replace some Douglas DC-3, Cessna 206 and Piper type aircraft that have already reached their useful life,” said the source.

Similarly, he pointed out that these aircraft, the DC-3, are used for cargo transport and the others for passenger transport, “mostly ministers or government officials who, for example, move to remote areas of the country,” he said. According to the source, the purchase of three aircraft was finalized and the acquisition process of the other three “very surely will not be carried out due to the noise that has been generated with the subject”.

The purchase process has been in charge of the Corporation of the Aeronautical Industry (Ciac). The source assured that the acquisition of the presidential plane – which would be in charge of the FAC, a Legacy 135 BJ to Ecuador, for 8 million dollars – was aborted due to the controversy that transpired a month ago.