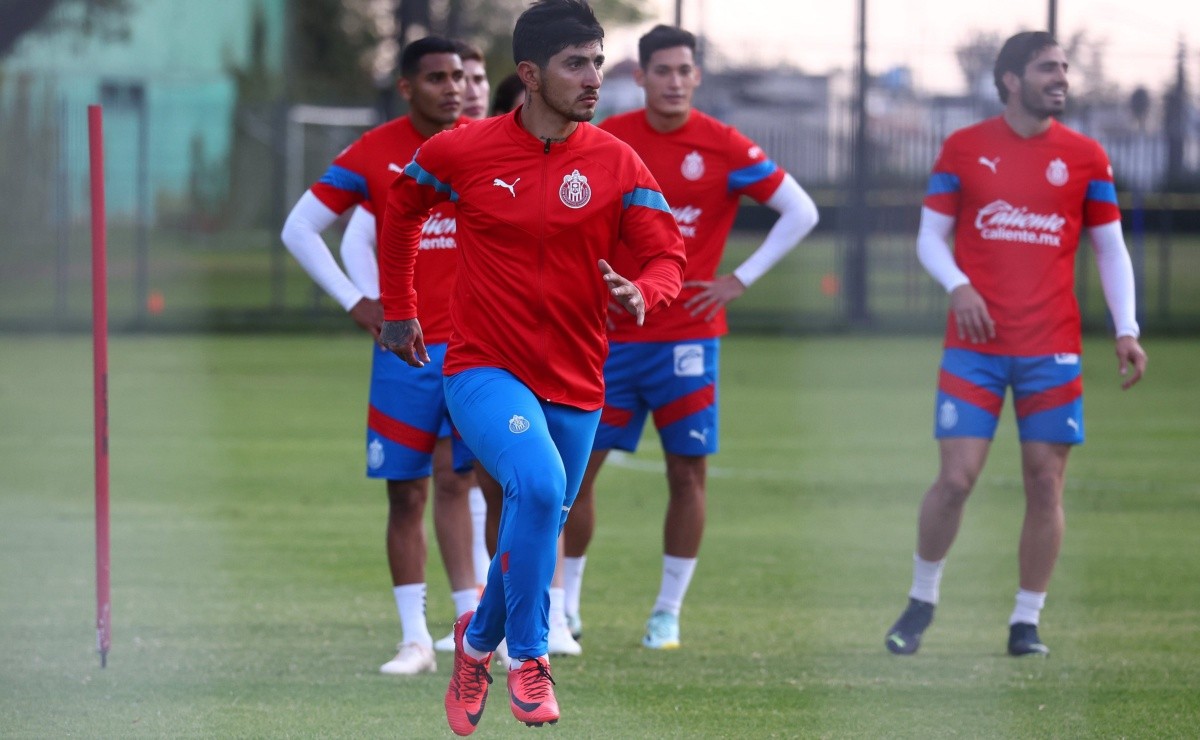 It already shines with Chivas! Víctor Pocho Guzmán dazzled Paunovic in his first practice with Chivas

The new attacker from Guadalajara joined the work with the rest of the rojiblanco squad, although he would not play against Atlas next Tuesday.

Chivas shook all of Mexican soccer with the incorporation of Víctor Guzmán al Rebaño as a reinforcement for the Clausura 2023; however, the midfielder from Pachuca already began to shine on his first day of work with the rest of the rojiblanco squad and this was demonstrated in the few activities in which they allowed him to work alongside the other footballers.

After confirming himself as a reinforcement of Guadalajara, El Pocho went to Verde Valle this Monday to attend his first training session official as rojiblanco, where, as explained by the club, he carried out, together with Daniel Ríos, Gym work, passing circuit, bull and even shots on goal.

In this last exercise, Guzmán stood out with his scoring nose, since the chiverío Twitter account published on social networks a video of the shots made by the new rojiblanco attacker where the ball ended up at the bottom of the nets, increasing the enthusiasm of the rojiblancos fans.

Guadalajara will play this Tuesday the duel of the last day of the Sky Cup against Atlas, where the result is inconsequential, since the Flock is already installed in the Final of the tournament; However, Paunovic will continue working to continue strengthening his football idea in the rojiblanco team, where I would not have Guzmán or Daniel Ríos, who work separately to get physically ready to fully integrate with the rest of the squad.

When would the reinforcements debut with Chivas?

The coaching staff andHe is analyzing the physical state of both players, so in the best of scenarios they would participate for a few minutes in the Sky Cup Final next Friday; however, andIn case they are not ready, they will appear until January 7, 2023when Chivas appears in the Clausura 2023 against Rayados.