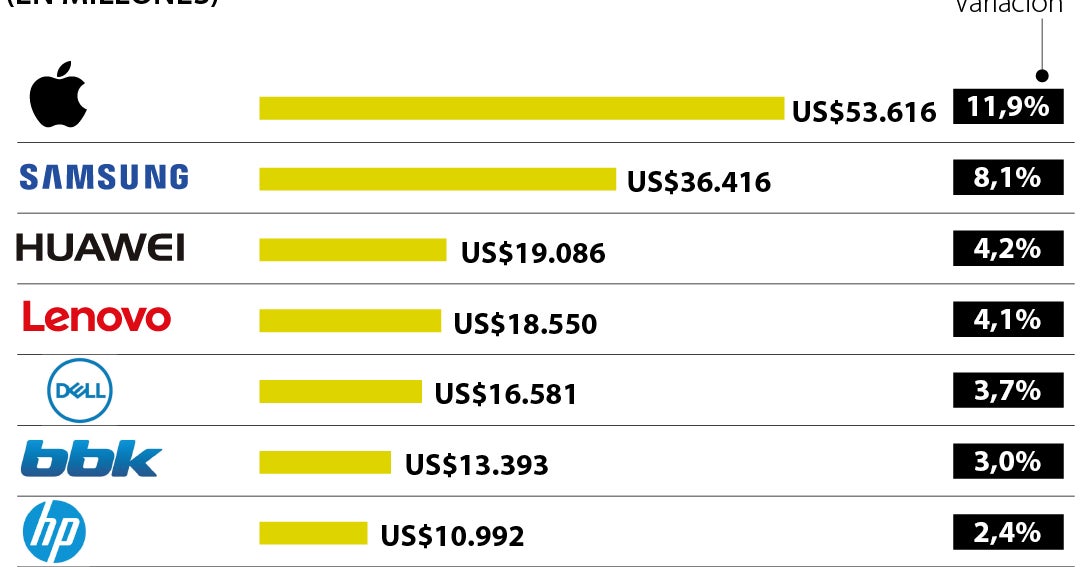 One of the worst crises of the last decades put hundreds of industries and the economy itself in check, not only because of the indiscriminate closures and what this implied for the productive sectors, but because the commercial reactivation brought new demands and challenges. Today, there is talk of a container supply crisis, which, among other things, has driven the shortage of chips and semiconductors, affecting industries such as automotive, manufacturing and, of course, technology, hitting the production of cell phones and game consoles. video games, a fact that would persist until 2023.

The first thing to understand is that the problem has not originated in terms of the flow of this product or its transport, since the means are there; However, a small number of workers contributing to the distribution chain has been part of the problem.

“Inventories have already been reduced a lot and import substitution has a limit in the short term. This implies that the effect begins to become evident, in a slightly more general way, during the end of the year ”, highlighted Alejandro Reyes, principal economist at Bbva Research.

Additionally, and this being the origin of everything, a generalized demand for these products has led large producers such as Intel, Samsung, Texas Instruments, Nvidia, Qualcom or AMD to announce an inability to produce the necessary quantity of parts at a frantic pace. and whom they had not faced before.

Although during the pandemic it was possible to supply the need for sufficient technology to connect and maintain communication with the world through electronic devices, the opening of factories for the production of another number of elements that also use chips as a fundamental part of their assembly, forced an increase , without much success, the pace of production. 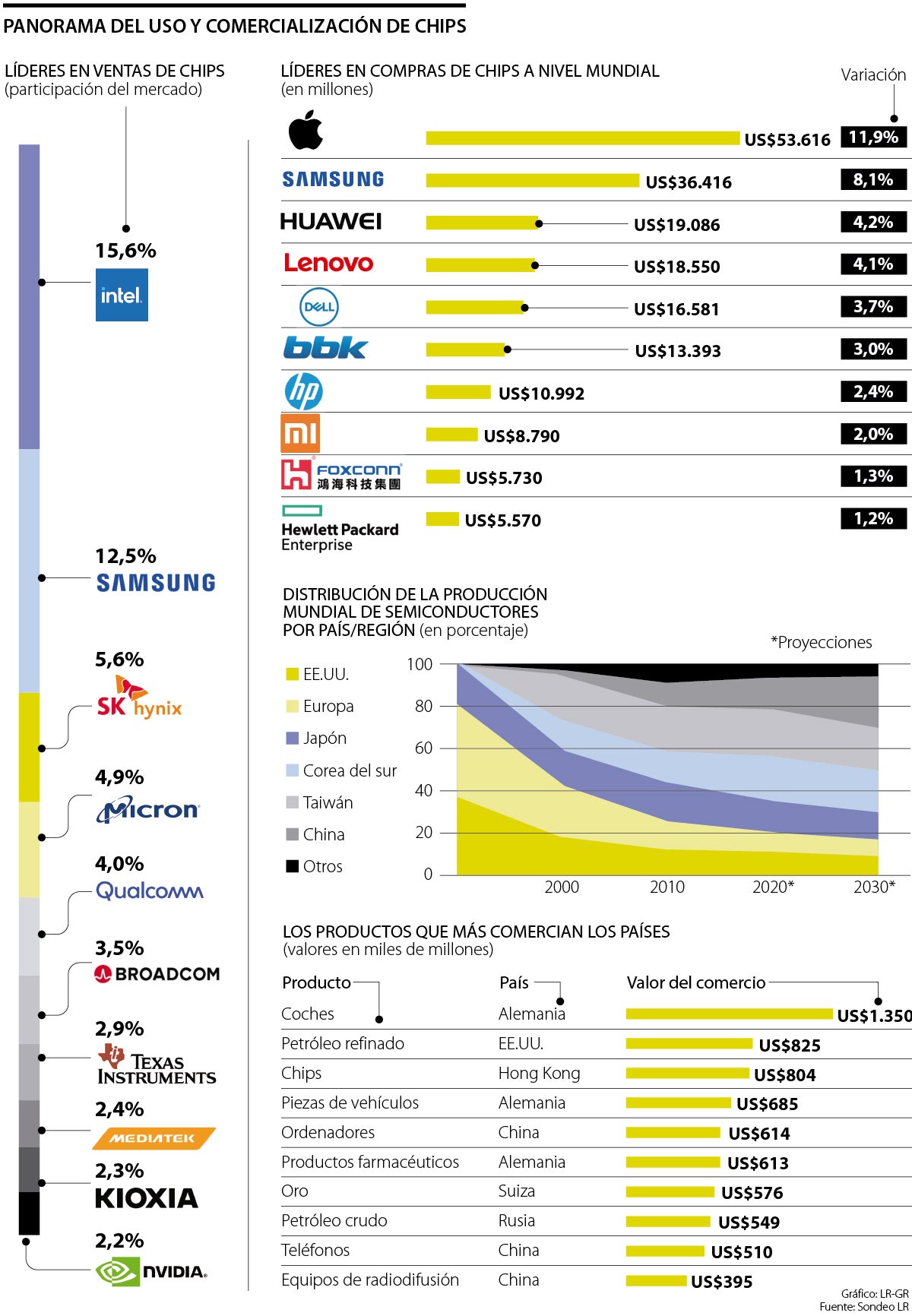 A visible sign of the crisis are the announcements made by big brands such as Renault, which said in October that it would reduce car production much more than expected. The French firm will make around 500,000 fewer vehicles, equivalent to almost a fifth of last year’s production amid a lack of components. In fact, with the suspension of jobs in large vehicle factories, sales in Europe appear to fall below the most precarious levels of 2020.

A similar case has been experienced by Volvo and Volkswagen AG, which do not expect car production in the United States to return to normal levels until the second half of 2022 after the covid-19 outbreaks in Malaysia that caused a new wave of problems in the supply chain.

“However, the shortage of stocks has led to an increase in prices and minimal spending on incentives, which has contributed to improving the results of companies. Volkswagen’s US business made a profit in 2020 for the first time in eight years, ”said Scott Keogh, CEO of the North American unit of the Volkswagen Group.

Another company that has highlighted the serious consequences of the shortage of chips has been Apple, which projected a cut in its production targets for the iPhone 13 for 2021 displayed by up to 10 million units.

The company expected to produce 90 million new models of this cell phone by the last quarter of the year, although it has already mentioned that the total will be lower because Broadcom Inc and Texas Instruments Inc are having problems delivering enough components.

The other side of the coin has shown higher profits for this segment. Samsung Electronics reported that its profits rose to the highest level in three years in the third quarter, although profits are expected to fall in the current quarter with chip prices under pressure, while Dell posted strong sales and earnings that they exceeded estimates in the period and gave a bullish forecast.

In this regard, Jensen Huang, CEO of Nvidia, assured that demand will continue to far exceed supply until next year, and we do not have any guidelines to solve the supply chain. “I think these things have changed permanently and we are going to see how new computers are built for a long time. People are adapting their home offices, and the impact of this is everywhere, ”he said.

A similar pronouncement was made by Intel CEO Pat Gelsinger, who explained at an investor conference that “the balance between supply and demand will not occur for another two years.” Even, this has been one of the most touched companies considering that its products include smartphones, consoles, processors and graphics cards, all at the same time.

According to Daniel Tovar, technology consultant at the Javeriana University, “the need to comply with established deliveries, but especially to keep industries connected to the world and running, will naturally lead each sector to innovate and seek new forms of production, thus using other systems and technological materials that facilitate distribution throughout the world ”.

High prices due to supply crisis

The effect of an absence on a regular flow of supplies, or what has also become known as the container crisis, will not only be limited to a shortage of products on the market, but prices will naturally rise, leading to in turn, it would have repercussions in inflationary pressure that would put the economy in trouble. “Part of what happens is that due to the pandemic, the economy leaned towards the purchase of goods rather than services, which increased stress on this market and on maritime transport,” said Alejandro Reyes from Bbva Research.