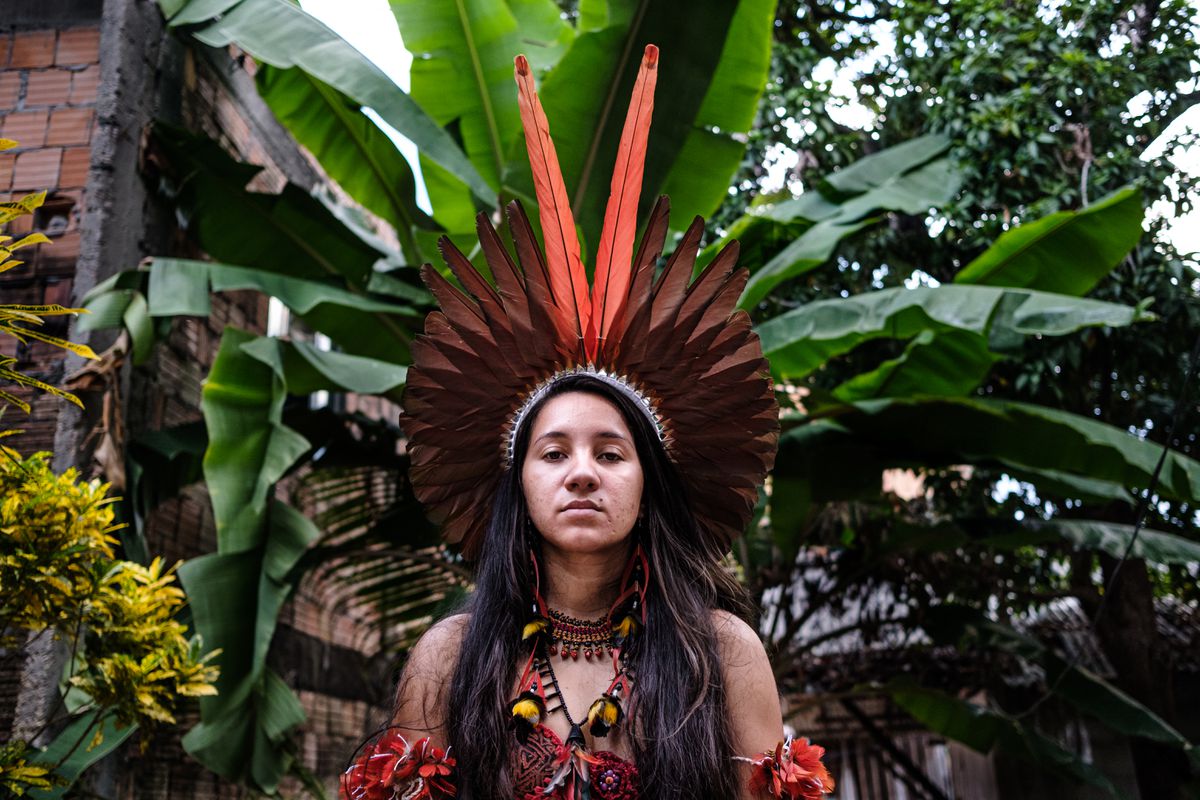 EL PAÍS offers the América Futura section openly for its daily and global informative contribution on sustainable development. If you want to support our journalism, subscribe here.

Txai Suruí arrived at the umpteenth event to talk about sustainability, climate change and the Amazon that was held a few days ago in Rio de Janeiro, making an effort to spend a few minutes taking selfies with his followers and not being late for his conference. It is a scene she is used to, especially after her face went around the world after she was the only indigenous person to speak at the opening of COP-26 in Glasgow last year. At that time, she asked to stop “the broadcasts of lying and irresponsible promises.” Her fame on social networks grew rapidly (also attacks from followers of President Jair Bolsonaro), and she now shares her daily life with more than 68,000 fans on Instagram. Like her, more and more indigenous youth in Brazil are using the internet as a central tool in their struggle to defend their territories.

“Today we still fight with our bow and our date, but we have another weapon, which is the mobile phone. Through social networks we denounce what is not in traditional media. The Internet has that power to connect us and report what is happening to the world,” says this 25-year-old, who also writes weekly for Folha de S. Paulo, one of the country’s main newspapers. She claims that she always had an activist streak; Her parents, Neidinha Suruí and Almir Suruí, are two references in the indigenous resistance who have lived with death threats for years. “When you are born indigenous you have to fight, there is no other option,” she says. The battle of Suruí takes place in the Amazonian villages of the Uru-Eu-Wau-Wau territory, in the State of Rondônia, where she coordinates an organization of indigenous youth, but above all in the global village. Her followers often see her meeting with politicians and investors in London or Stockholm.

In his opinion, the use of cell phones has revolutionized strategies. In the villages, the internet usually comes through the schools, which usually share their Wi-fi network with all the inhabitants. Now it is the indigenous people themselves who tell their story, and manage to make visible what does not have space in the traditional press. “A week after Dom Phillips and Bruno Pereira were assassinated, there was an execution of the Guaraní-Kaiowá people and nobody talked about it. The Internet has that power to connect us and report to the world what is happening, ”he highlights.

The cell phone within the villages has helped the indigenous people to alert about the invasions and routine violence they suffer in their territories, document them, and expose them to the international community. Also to dismantle topics, as Samela Sateré Mawé explains in a telephone conversation, who takes a deep breath every time someone questions whether an indigenous person can be up to date with new technologies. This young biology student is divided between the concrete jungle of Manaus (more than two million inhabitants in the heart of the Amazon) and her village, between the Andira and Marau rivers, almost 300 kilometers to the south. She confesses that she has less and less time to visit relatives who live in the middle of nature. His busy schedule of events (he is also part of the ‘Fridays for Future’ movement – ‘Fridays for the future’ -, promoted by Greta Thunberg) is reflected in his Instagram feed, where his more than 75,000 followers can enjoy educational videos that explain in a simple way how what happens in the corridors of the National Congress in Brasilia ends up impacting the jungle. She also shares photos with her partner, fellow activist Tukumã Pataxó, who has no problem humorously deconstructing the clichés that still surround native communities to conquer her more than 195,000 fans on Instagram. Using accessible and easily viral language is key.

“I am very concerned that what we are talking about is understood, we have to make our relatives and other people understand it, we have to democratize information,” emphasizes Sateré, who still calls for demonstrations as he appears on the cover of a magazine fashion with raised fist. A few days ago, another network star, the activist Alice Pataxó, received the award in the Environment category from the music network MTV applauded by a crowd of teenagers. Occupying all the spaces, says Sateré, is a “decolonization strategy”, but he stresses that care must be taken, especially with brands that now elbow each other for linking to young people like them. “We have to see if there are effective and efficient measures or if they just want to use our image to promote themselves,” she says.

Among the dozens of profiles of indigenous digital influencers there is all kinds of content. A good part has to do with sharing the day to day and the curiosities of life in the villages in the depths of the Amazon jungle. We’e’ena Tikuna, for example, is an icon of the indigenous lifestyle. The video of her daughter’s baptism ritual, smeared in genipa, already has more than 19 million views on TikTok. But political commitment always comes to the fore. Right now, one of the priorities of these young leaders connected to the Internet is to bring their thousands of followers closer to the indigenous candidacies that are being launched ahead of the elections that Brazil will hold in October.

In one of her Instagram stories, Sateré recommended a follower who to vote for, since in addition to the president, the Chamber of Deputies, the Senate and the legislative assemblies of the States will be renewed. Sônia Guajajara, Célia Xakriaba, Vanda Witoto, Val Eloy or Kerexu Yxapyry are some of the activists who will try to ensure that, in addition to mobile screens, the indigenous struggle also reaches the seats. Today, there is only one indigenous representative in the National Congress, Deputy Joênia Wapichana.