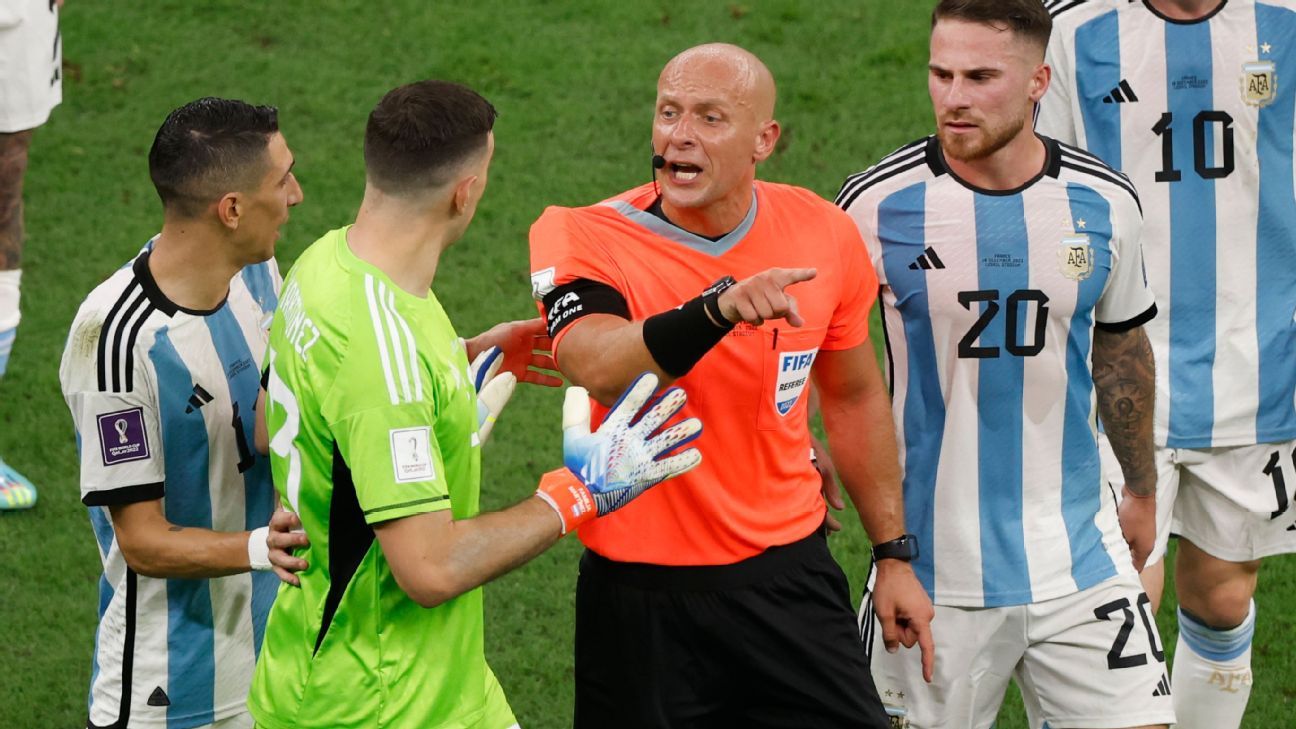 The Pole Szymon Marciniak, referee of the final of the World Cup Qatar 2022 what Argentina he beat France on penalties, came out this Friday to respond to criticism from France, which questions that in the Albiceleste’s third goal two substitutes invaded the field of play, and pointed out that “in (Kylian) Mbappé’s goal you can see seven French (substitutes) on the pitch”.

“The French complain about Messi’s goal but they don’t mention that in Mbappé’s goal, you can see 7 Frenchmen on the field at the time of scoring,” stressed the Pole, while showing the journalists the video of the attack on his cell phone. that moment.

The controversy began because in France a group of fans began to demand that the final be played again because when Messi scored the third goal of the game, already in extra time, two Argentine substitutes crossed the sideline in their eagerness to celebrate.

According to the regulations, if that happens, the goal must be invalidated and a free kick must be awarded to the rival. The problem is that, minutes later, the French substitutes committed the same offence.

Marciniak directed the Qatar 2022 grand final, one of the most exciting and dramatic in history, along with his assistant referees, Paweł Sokolnick and Tomasz Listkiewicz.

It was the third match in which he served justice at the World Cup, after having refereed France’s 2-1 victory over Denmark in the group stage and Argentina’s 2-1 victory against Australia in the round of 16.

It was his second participation in a World Cup after Russia 2018, in which he led the Argentina-Iceland (1-1) and Germany-Sweden (2-1) matches.

He also refereed France in two friendlies. One in October 2014, in Saint Denis against Portugal with a 2-1 victory with goals from Karim Benzema and Paul Pogba and another in Solna against Sweden in 2020 in which the French team won 0-1 with a goal from Kylian Mbappe.

He is a regular in the Champions League -last year he directed the first leg of the semifinal between Liverpool and Villarreal-, in European qualifying matches, he refereed in Euro 2016, as well as he was in the 2021 FIFA Arab Cup also played in Qatar .

Previous wireless, ultra-thin and with Bluetooth to finally “feel” in the virtual world
Next Enjoy a movie Christmas on Televisión Canaria