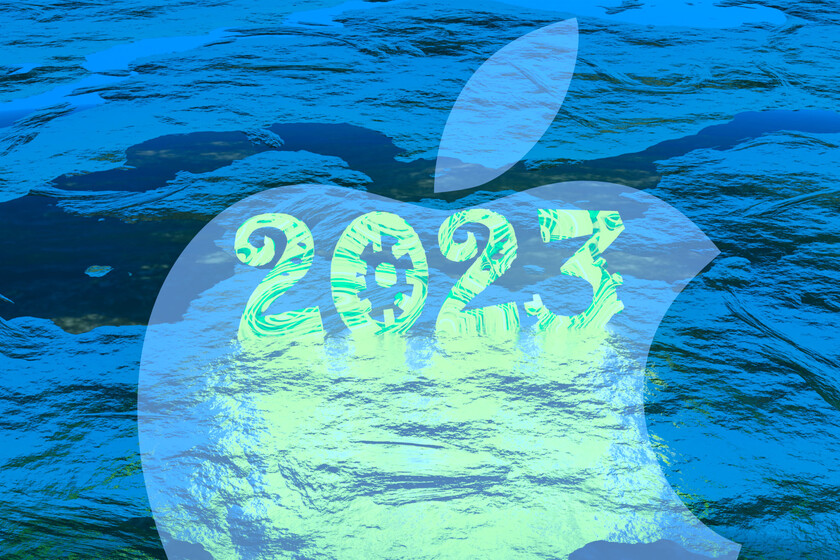 In 2022 Apple canceled these 5 great products, but we expect another 5 new surprises in 2023

Now that the year is coming to an end and with our sights set on a magnificent 2023, it is a good time to take stock. From Apple’s point of view, many balances can be made and with many approaches, I propose the following: five products that have said goodbye to us in 2022 and five that will arrive in 2023.

In no particular order, let’s start the 2023 list with the disappearance of the Apple Watch Series 3. An Apple Watch that was offered as an option to those who wanted to enter this part of the Apple ecosystem for the lowest possible price, but that the evolution of both the other models and the operating system left too much behind.

Something similar happened with the iPod touch. A product that, although its definitive disappearance has been accounted for in 2022, It took years without any attention. The gesture, however, is a kind of declaration of intent by Apple and the closure of a very special time for the company.

covertly, we’ve also had to say goodbye to the 27-inch iMac. An iMac that many all-in-one computer enthusiasts await its triumphant return. For now we have with us the 14-inch iMac with M1.

The next on the list is the iPhone 11, an iPhone that with the presentation of the iPhone 14 and iPhone 14 Pro has left the catalog, leaving the iPhone 12 as a replacement. A step that, yes, all we hoped and took for granted.

Finally, we witness the demise of Apple TV HD. An Apple TV that was presented in 2015 after great expectations, but that the needs of a high-quality image and a redesigned Siri Remote have had to replace.

And from here we enter what we can see this 2023. We will ignore the iPhone 15 and the Apple Watch Series 9, although we will pay attention to what could be the second generation Apple Watch Ultra – we do not know with what news -. We await the arrival of new Macs, which could, precisely, mean that we would finally see a 32-inch iMac. An iMac that came to continue the already discontinued iMac Pro, perhaps with an M2 Max or even an M3.

We will also see, according to rumors, a new HomePod. Not a HomePod mini, which maybe too, but a new HomePod that, in addition to being the best speaker in the ecosystem, could be associate to the iPad or Apple TV to complete the offer of home devices. Something of which we have some very diffuse ideas, still, but that could represent a great change of approach and strategy.

The rumors also give us hints of a larger iPad. maybe foldable? Here the information is less clear, but the truth is something that we could see. In that case, It could also come with a new Apple Pencil, perhaps with cameras as we have seen recently patented. We will have to keep an eye on it.

To end, special mention to the extended reality of Apple. Something that can represent a much bigger revolution than we can imagine and that has been jumping through the 2023 calendar with relative ease. Whether it will be in January or at an event dedicated to the end of the year is something we are completely unaware of, but it makes us think that the year we are entering in a couple of days is called to be very big by Apple.

Previous Josie, Cristina Pedroche’s stylist in the chimes: “I always asked her to knit a bass drum for 31 in case she got pregnant”
Next Learn about warning symptoms for the possible development of cancer