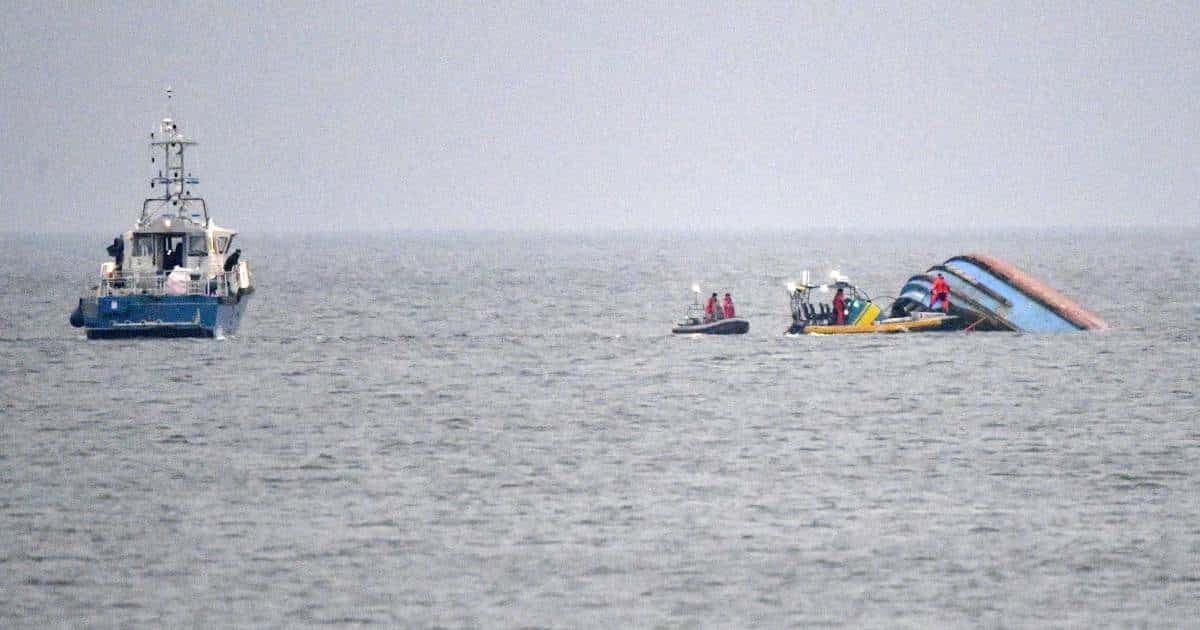 A boat believed to be carrying migrants trying to enter the United States illegally sank off the coast. from Key West, Florida, killing two people, the Coast Guard reported. Five other people were missing.

Eight people were rescued, the Guard said in a press release released on Friday.

The agency said the boat was “rustic” and that it was making the illegal crossing with 15 passengers on board. The nationality of the migrants.

Read: Biden tests negative for COVID-19; He will remain isolated until another test is done.

Reports of the wreck, which occurred about 14 miles (23 kilometers) south of Sugarloaf Cay, reached the Coast Guard around from 10:00 a.m. on Friday.

One person was rescued from the waters by a Royal Caribbean cruise ship, the Mariner of the Seas, the agency said.

“We continue the search of others who might have survived this tragic incident,” said Rear Adm. Coast Guard Brendan McPherson.

“This situation highlights the risks that these migrants face when trying to enter the United States illegally by sea.”