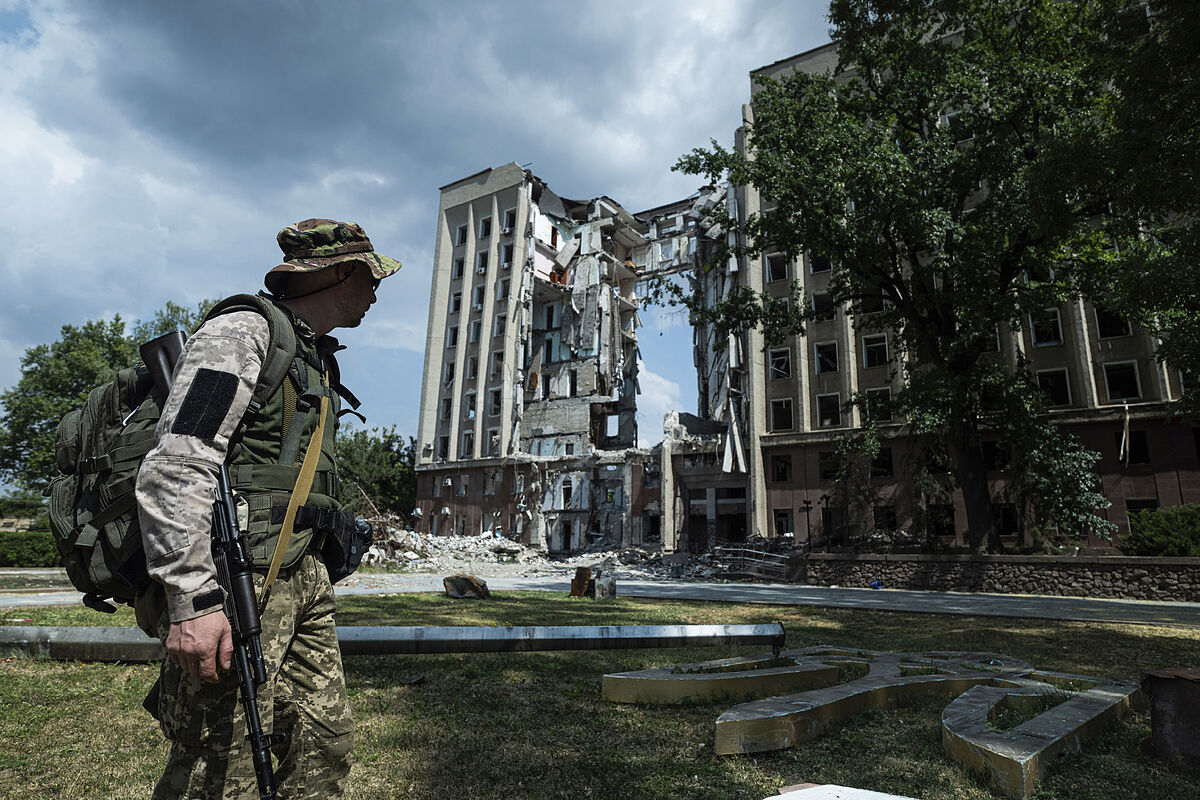 The director general of the International Atomic Energy Agency (IAEA), the Argentine Rafael Grossi, appeared this Saturday very concerned about yesterday’s bombing of Europe’s largest atomic plantunder Russian occupation in Ukrainian territory, and warned that they are “playing with fire” and there is a risk of a “nuclear disaster”.

“I am extremely concerned about yesterday’s bombing of Europe’s largest nuclear power plant, which underscores the very real risk of a nuclear disaster that could threaten public health and the environment in Ukraine and beyond,” Grossi warned in a statement released in Vienna.

After yesterday’s attacks on the Zaporiya nuclear power plant, the largest in Europe, denounced by the pro-Russian authorities, Moscow and kyiv accused each other of jeopardize the safety of the nuclear facility.

Grossi recalls that, according to the Ukrainian authorities, there was no damage to the reactors themselves or radiological releases, but there are damages in other parts of the plant.

The head of the UN nuclear agency considered it “completely unacceptable” to endanger the plant and assured that directing any projectile there is “playing with fire” and could have “potentially catastrophic consequences.”

“I make a strong and urgent appeal to all parties to exercise the utmost restraint in the vicinity of this important nuclear facility, with its six reactors,” he demanded.

Grossi again offered that the IAEA conduct a verification mission on the ground and thus “prevent the situation from getting even more out of control.”

The IAEA director said he was willing in June to visit the Russian-controlled plant, but Ukraine vehemently criticized such plans, considering that the trip of the head of the UN could mean some kind of legitimization of the Russian occupation.

The Argentine diplomat insisted that a mission was “crucial” in order to stabilize the situation at the nuclear plant. Ukrainian President Volodmir Zelensky lashed out in a video message at Russia, stating that “the occupiers created another extremely dangerous situation for the whole of Europe: they bombed the Zaporiya nuclear power plant twice.”

Moscow, which has controlled this facility practically since the first days of its military campaign in Ukraine, questioned these statements and in turn described kyiv as promoting “nuclear terrorism”.

“Ukraine’s attacks on nuclear facilities can be qualified on the basis of international law as acts of nuclear terrorism,” Russian Senator Konstantin Ksachev said on Telegram.

The pro-Russian authorities of the Zaporizhia region, partially occupied by the Russian Army, yesterday accused the Ukrainian forces of attacking the nuclear power plant with their artillery and damaging the power lines and industrial buildings of the plant.

The attack led to the shutdown of one of the nuclear blocks after power was lost.