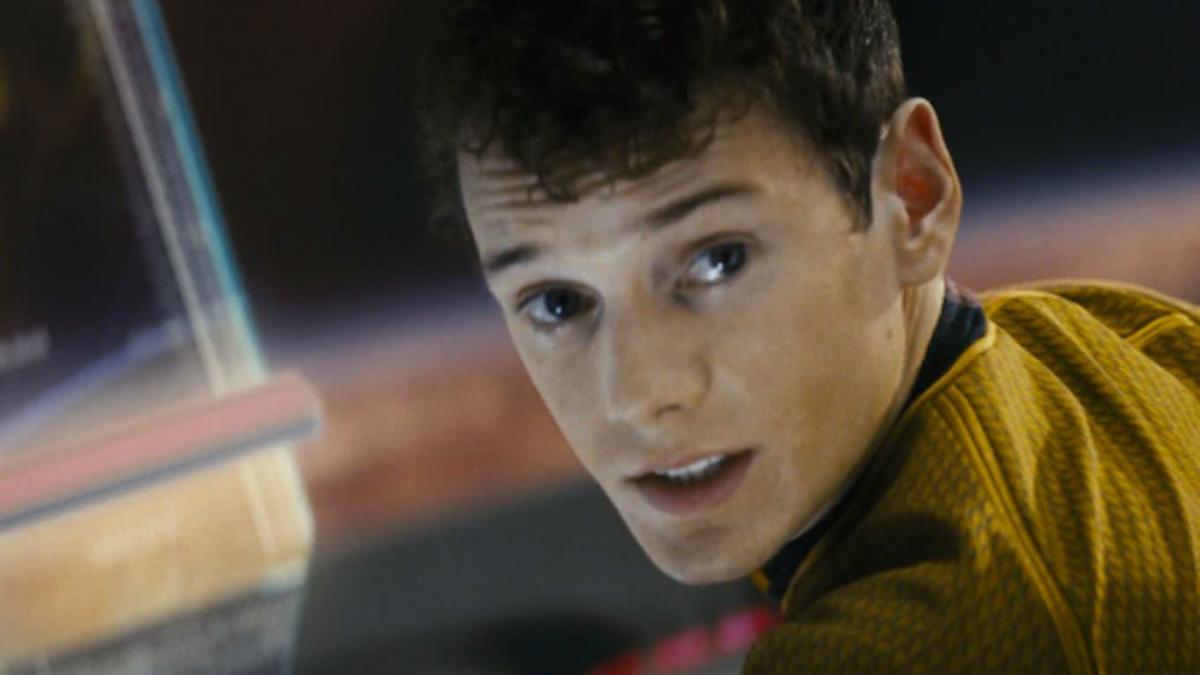 in the developer documentary about Anton Yechin, Love, Antosha (available on Amazon Prime Video), the great Martin Landau evokes the actor -who died on June 19, 2016, at the age of 27- with a sensitivity that moves.

According to the remembered artist, Anton was a kind of “old-soul” [”alma vieja”] trapped in the body of a young personone of the figures in the creative field with whom he most enjoyed having conversations, someone who always gave him a crystal-clear look when he looked into his eyes.

In the same Garrett Price documentary produced by Drake Doremus (a friend of Yelchin’s, who starred in his great feature film, Like Crazy) Y with voiceover from Nicolas Cage“Antosha” is remembered (with that name he signed the letters to his mother from the filming) with the same spirit with which the actor from Ed Wood: with a candor that crosses the screen.

Anton Yelchin and his mom, Irina, his main confidante

Yelchin, who was born in St. Petersburg on March 11, 1989, was the son of two well-known figures in his hometown: Viktor and Irina, two skating stars. who decided to emigrate to the United States when Anton was only six months old.

Even as a child it was perceived that he was destined for the artistic. His parents didn’t just watch his awakening but nurtured him, accompanying him on his first auditions for commercials and encouraging his avidity for reading and watching film classics.

In fact, Yelchin knew he wanted to be an actor when he put on the VHS of Taxi driver by Martin Scorsese and met Travis Bickle (Robert De Niro). That look in the mirror, that “Are you talking to me?”, that perfect fusion of the duo Scorsese-De Niro with screenwriter Paul Schrader captivated him so much so that he watched that feature film hundreds of times. At the same time, he memorized books, wrote them down, shredded them, he was a born curious, an observer.

When Kristen Stewart met him on the set of Wild -in which they began a brief relationship- , the actress was surprised by Anton’s intensity in his talks, those in which there was no room for the superficial. “She always came with a list of favorite books and she asked me which ones were mine, I was very young and I still didn’t know, I was embarrassed not knowing what to tell her,” says Stewart in Love, Antosha, where he also confesses that Anton was “his first heartbreak”.

His testimony adds to that of many colleagues such as Chris Pine, Zoe Saldana, Zachary Quinto, Jennifer Lawrence, Jon Voight, Willem Dafoe and Ben Foster; and from filmmakers like JJ Abrams and Jodie Foster, who directed it star trek Y In the Dark: Star Trek, Y The Beavers, respectively. At just 27 years old, Yelchin had starred in more than 40 titles and worked with filmmakers such as Nick Cassavetes, Jim Jarmusch, Joe Dante and his admired Schrader.

Anton Yelchin died in a tragic accident in 2016 (El Tiempo/)

In the Yelchin family there was no room for sadness. Both Anton’s parents and the actor himself faced adversity with admirable fortitude. In the many home videos shown on Love, Antosha, we see those in which a small Anton, between hearing and hearing, had to spend days hospitalized in a clinic because he suffered from cystic fibrosis. When he was already a well-known figure, he decided to preserve that part of his life because he did not want to appear vulnerable.

Many friends and colleagues were unaware that at various times he was suffering a lot because he was trying to put on his best face. What he did do to expel his demons and fears was write to her long emails to his mother, to whom he detailed his ailments in each filming in which he was especially in the star trek, when his battle became undisguisable and he began to believe that he would die.

Price, director of Love, Antosha, He said that Yelchin wanted to make his cystic fibrosis diagnosis public shortly before he died. “He hid it because he didn’t want people to feel sorry for him”said the filmmaker. “But I also wanted to help those who were going through the same thing.” His condition was not just physical. The illness began to affect him mentallysince it prevented him on several occasions from carrying out different projects, not only those linked to acting.

Yelchin, as can be seen in the film Rudderless, he played the guitar very well and formed a band, The Hammerheads, with which he appeared when he was not filming. Also, he loved photography and, two years after his death, an exhibition entitled Provocative Beauty with the daring and fascinating material that the actor had recorded on his nights in the San Fernando Valley.

Three days before the tragic accident that took his life, Anton was enjoying dinner at the Chateau Marmont in Los Angeles with photographer Tyler Shields. “He was so excited and so happy about so many things that were happening to him,” Shields shared with the magazine. People. “I felt an enormous passion for the film I was going to direct”. Yelchin indeed. he had already finished the script for what was going to be his first film, Travis. The name, of course, was a tribute to Taxi driver. Martin Scorsese’s film accompanied him until the last moment of his life.

“A lot of people knew him as an actor, but there was another creative side to him that was really fascinating. He was a complete artist, his photographs were extraordinary and he was ready to start filming” Shields added about those last moments of Yelchin’s life. “He was brilliant, he wanted to make art, nothing more. And one day he disappeared. Everything was very sad, ”said his friend.

The tragic accident and the demand of his parents

On June 19, 2016 Anton was leaving his home in Studio City, Los Angeles to rehearse with his band. He got into his car, but then he remembered that he hadn’t checked the mailbox. That decision cost him his life. The Jeep Cherokee you left running for just a few minutes he rolled backwards and the young man was trapped between a brick column and the security fence.

Yelchin died of asphyxiation on a Sunday morning. His parents filed a lawsuit against the car company that made the jeep. According to Viktor and Irina, the gear change on the 2015 Grand Cherokee was “defective and was poorly designed and manufactured.”

“Anton Yelchin was crushed and was alive for a while, trapped and suffocating to death” Said the lawsuit that carried the cover of “reckless homicide and civil liability for defective product.”

“It goes against nature for parents to bury their own child. That is why we hope that this lawsuit will ensure that other families do not have to go through the same hell that we are in right now, “said Anton’s father. The lawsuit went to Los Angeles County court, but Yelchin’s parents They decided to reach an out-of-court settlement when times began to drag on, two years after losing their son.

Zoe Saldana dedicated some emotional words to Anton at his funeral

At the actor’s funeral, all those friends and colleagues who gave their heartfelt testimonies in Love, Antosha, They were present to remember Anton as he would have liked: with a joy, with a smile like the one he had, the one that lit up any sequence.

“It is a bittersweet moment because we are here for Anton, but he is not with us,” he said. Zoé Saldana. “My heart is relieved to know that we will keep him alive. We will continue to remember him in the hope that by living as he believed, and remembering the love he gave us and the joy he imparted, he will remain with us.”

“I wanted to make an inspiring story, not show a tragic story,” said the director of Love, Antosha at the film’s presentation at Sundance.

“We did not want Anton to be forgotten but remembered as an artist with a huge heart,” he added. That heart was the one he drew in the letters to his mother. Yelchin He didn’t just send emails to Irina.

Their epistolary exchanges are shown in the film and provoke unavoidable angst (Nicolas Cage’s excellent narration is really exciting), but they also shed light on how special Yelchin was, the sensitive way in which he communicated, and his unmistakable stamp when he signed a letter to his mother. He first drew a heart and then wrote: With love Antosha. A ritual that never abandoned.

“My parents came to the United States without knowing a word of English and started working, I owe my mom everything for always believing in me”, the actor is heard saying in the documentary that pays tribute to him with a focus on creativity. From one artist to another. The best tribute possible.

The ‘Knife of Death’, the exit of the Periférico in Edomex that seems to be cursed