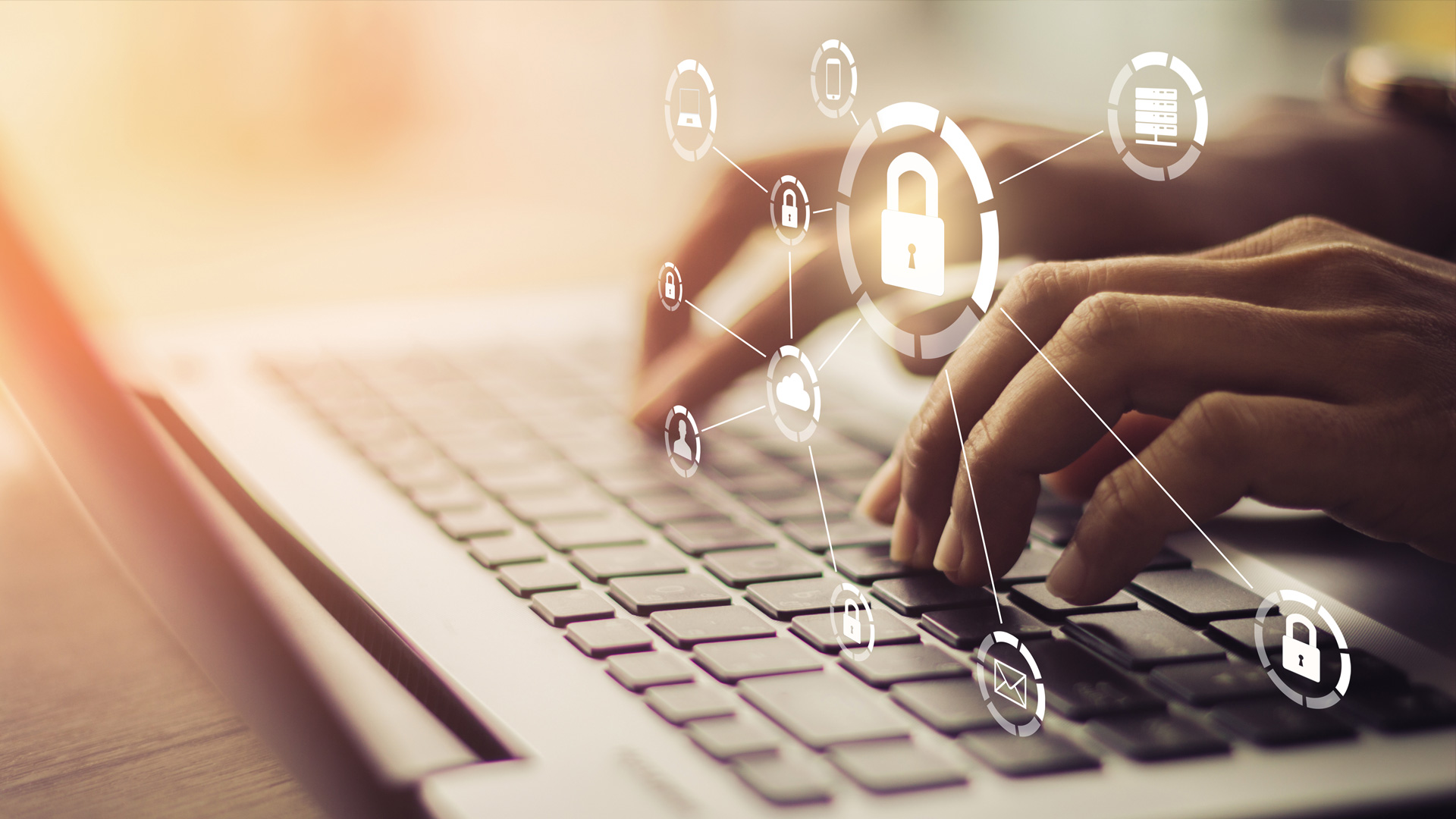 Email encryption or encryption is the process of masking the content of your messages to protect them from being read by unwanted people. Sensitive information such as social security numbers, passwords, login credentials, and bank account numbers can be vulnerable when sent through the mail.

When encrypting emails, it is important that encryption is done on all messages, not just those containing sensitive information. If only some of your emails are encrypted, it’s a sign of vulnerability for a hacker as it could make your inbox less secure. In that case they would only have to hack a few emails instead of digging through hundreds to find data they can use. We explain how to encrypt emails from various providers and summarize our tips in an infographic.

What is email encryption?

Email encryption is essentially scrambling the content of an email so that it becomes a puzzle that only you have the key to solve. That Public Key Infrastructure (PKI) is what is used to encrypt and decrypt emails; each person is assigned a public key and a private key in the form of a digital code.

The public key is stored on a key server along with the user’s name and email address, and can be accessed by anyone. This public key is the one used to encrypt the email. If someone wanted to send you an email with sensitive information, they would use your public key to encrypt it. And the private key is the one used to decrypt the emails. It is stored somewhere safe and private on your user’s computer and only you have access to it. The private key can also be used to digitally ‘sign’ a message so the recipient knows it came from you.

Why is email encryption important?

Email encryption is important because it protects you from a data breach. If the hacker can’t read your message because it’s encrypted, he can’t do anything with the information. Since 2013, more than 13 billion records have been lost or stolen of data, the average cost of a data breach in 2018 is 3.86 million dollars. A figure that grew by 6.4% in 2017 alone. Data breaches can be costly because they take time to identify: in 2018, the average time to identify a breach was 197 days and the average time to contain it was 69 days. Email encryption is an important preventative measure you can take to avoid becoming part of one of these cybersecurity statistics. 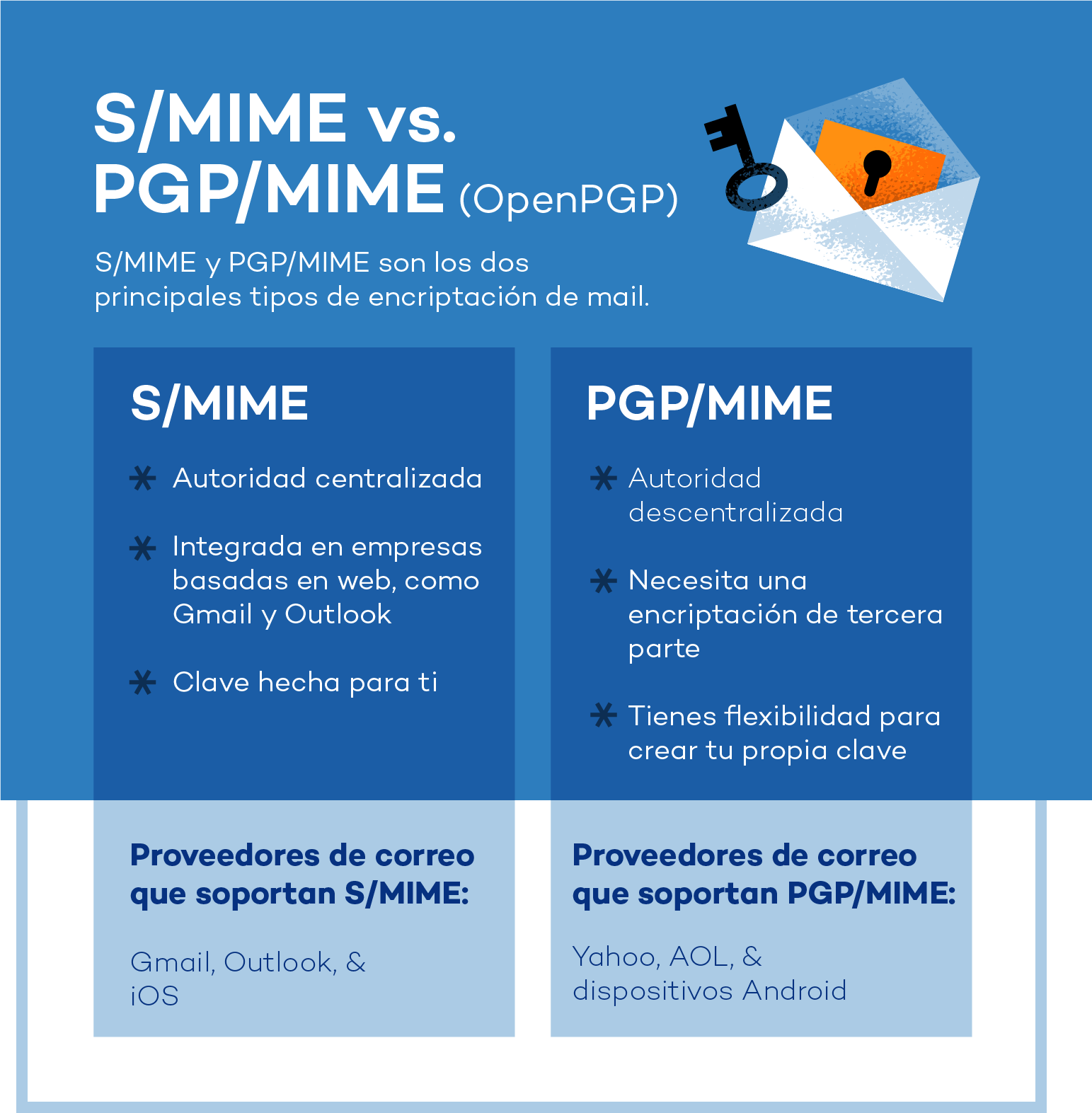 The two main types of email encryption protocol are S/MIME and PGP/MIME. S/MIME (Secure/Multipurpose Internet Mail Extensions) is built into most OSX and iOS devices and relies on a centralized authority to choose the encryption algorithm. S/MIME is the most prevalent because it is built into the big web-based email companies like Apple and Outlook.

PGP/MIME (Pretty Good Privacy/Multipurpose Internet Mail Extensions) is based on a decentralized trust model and was developed to solve the security problems presented by normal text messages. Within this model, there is more flexibility and control over the degree of encryption for emails, but it requires a third-party encryption tool.

How to encrypt emails in Gmail

Gmail already has S/MIME built into the app, but it only works if both sender and recipient have it enabled.

When changing encryption levels, keep these color codes in mind:

Green – Information is protected by S/MIME encryption and can only be decrypted with a private key.

Grey – Email is protected with TLS (Transport Layer Security). It only works if both sender and recipient have TLS capabilities.

Red – Email does not have encryption security.

How to encrypt emails in Outlook

How to encrypt emails on iOS

iOS devices also have S/MIME support built in by default.

Email providers and devices that do not have built-in S/MIME support will need a third-party tool that allows them to use the S/MIME or PGP/MIME protocol.

Yahoo uses Secure Sockets Layer (SSL) as a security layer to protect your account, but requires third-party services to encrypt with S/MIME or PGP/MIME.

Android emails can be encrypted via S/MIME and PGP/MIME, but both require additional configuration and a third-party app.

How to encrypt emails with AOL

Email encryption at AOL can be done manually, but requires a third-party tool to implement PGP/MIME criteria. You must first download the PGP implementation and then obtain a program that allows you to use PGP encryption with your mail provider.

Email encryption can be done manually or through a secure email service. Each of these email service applications has unique offerings, such as encryption of emails, attachments, and contact lists. They do it in the background so you don’t have to worry about doing it manually.

Some of the main providers are:

ProtonMail allows you to enable end-to-end encryption and is PGP compliant. It has different price levels, depending on the number of domains needed and the messages sent per day.

Ciphermail supports encryption via S/MIME, OpenPGP, TLS and PDF. It is popular for its compatibility with Android devices.

Mailvelope is an OpenPGP encryption service for webmail. It is compatible with Gmail, GMX, Outlook, Posteo, WEB.DE and Yahoo.

Virtru offers end-to-end email encryption services and is compatible with Gmail, Outlook, Hotmail, Yahoo, and some other providers.

Startmail supports encryption using PGP and is compatible with email services such as Outlook and Gmail.

Send 2.0 offers military-grade encryption and is compatible with Outlook and Gmail.

Enlocked allows you to send and receive encrypted email using PGP. It is compatible with Gmail, Yahoo, AOL, Microsoft and Outlook.

Protect your team and your company from new cybersecurity threats by taking preventive measures. Implementing an advanced cybersecurity solution will help you find the best prevention techniques and educate you on efficient ways to apply them and stay safe from hackers.