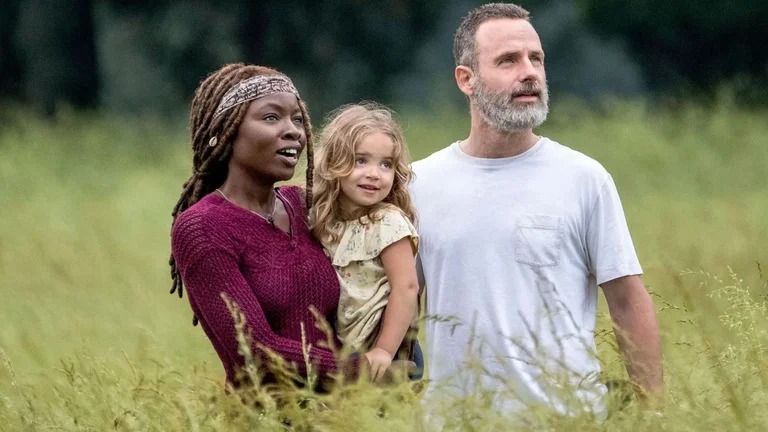 Some of the most anticipated spin-offs of the horror and science fiction series will hit the screens in 2023.

Having debuted in 2010 and after 11 seasons, on Sunday November 20 The Walking Dead came to an end with the broadcast of the last episode (#24), on Star+. However, that is not to say that it will be the last the world sees of the zombie post-apocalyptic future and the stories related to its characteristic major characters since the original network is making some products that will include characters from the original series.

If you are a fan of the group of survivors who fight tirelessly against the walkers (undead), then Infobae presents you with the spin-offs of The Walking Dead that are yet to come.

Fear of the Walking Dead

Drama series created by Robert Kirkman and Dave Erickson, premiered on August 23, 2015 on AMC. It is a production derived from The Walking Dead that has been broadcast for seven seasons so far; now it has been renewed for an eighth installment. This spin-off integrates some original characters and others completely new and takes place during the transition stage of the cities to the zombie apocalypse. Morgan (Lennie James), Dwight (Austin Amelio) and Sherry (Christine Evangelista) from the hit original series crossed paths at various points in this plot.

The Walking Dead: World Beyond

Sequel to The Walking Dead set a decade after the zombie apocalypse. It shows more information about “Civic Republic Military”, the group that took Rick in the ninth installment. Since it was a limited series, it started in 2020, had two seasons and ended in 2021. However, this production would serve as a connector between the original series and the show that Rick Grimes will have.

Tales of the Walking Dead

Series created by Scott M. Gimple and Channing Powell that premiered in August and ended in September 2022 on AMC. It also comes from the original story created by Kirkman. The first season had six chapters and brought together the most iconic characters of the series. It included the likes of Terry Crews, Olivia Munn, Anthony Edwards, Parker Posey, and Poppy Liu. A second season is expected.

The Walking Dead: Dead City (Isle of the Dead)

Expands The Walking Dead’s narrative around two unforgettable characters that fans have come to love and hate, Maggie and Negan. It also explores a corner of this universe located on the island of Manhattan, with an iconic skyline that takes on a very different meaning when viewed through the lens of a zombie apocalypse. It is scheduled to open in 2023.

This spin-off will star Daryl (Norman Reedus), who is still alive before the end of the original production. Other actors who accompany him are Clémence Poésy and Adam Nagaitis. It will be set in France and is expected between 2023 and 2024.

Spin-off of Rick Grimes and Michonne

The Walking Dead concludes the series with the reappearance of Rick (Andrew Lincoln) and Michonne (Danai Gurira), who will have to explain what has become of them since season 9. The new production will address their search for each other and Rick’s captivity in the Civic Republic. It will start production in January 2023.

Previous It was not the anthem, they filter the reason why Vega cried in Mexico vs. Poland
Next Genesis is his latest victim