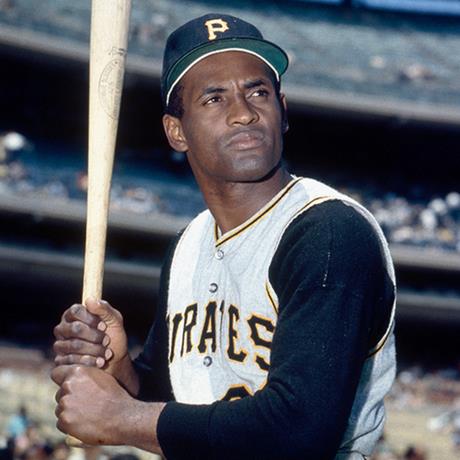 When Puerto Ricans utter the name Roberto Clemente, they want the entire world to understand their pride, unity, and culture.

For them, Clemente represents the pinnacle of what it means to be a true Boricua. His name is in his songs. The children read their story at school. His image is displayed in the homes of many Latin American baseball players.

“If someone challenges us to do it to find out who we are, the answer is that we are all number 21,” said Luis Clemente, one of Roberto’s sons. “We are Roberto Clemente. You know who we are. It is the face of what makes you Puerto Rican.”

Fifty years after his death, Roberto Clemente, the talented outfielder for the Pittsburgh Pirates, remains one of the most revered figures in Puerto Rico and Latin America.

His graceful style and the power of his arm were unrivaled in his time. But his humanitarian efforts constitute perhaps his greatest legacy.

Half a century after he played, many of today’s Latin American baseball players thank him for paving the way for them.

“The name of Roberto Clemente is something that fills us with passion and admiration,” said Dominican Sandy Alcántara, pitcher for the Miami Marlins. “Because he was one of the Latin Americans who did a lot for us here in the United States, I think he is a living legend, not only here but throughout Latin America.”

Clemente died at the age of 38, on December 31, 1972, when the plane he was traveling in crashed off the coast of Puerto Rico. The star sought to bring help to the victims of an earthquake in Nicaragua.

When he passed away, he already had numbers worthy of a future Hall of Famer, with exactly 3,000 hits, four National League batting titles, 12 Gold Gloves, one Most Valuable Player award, two World Series championships, and 15 All-Star Game appearances.

He passionately defended his Puerto Rican roots and spoke out emphatically against the racism he suffered as a black Latin American during a career that spanned the civil rights movement.

“That was an expression of Clemente’s concern for the way many viewed him,” said baseball historian Adrián Burgos Jr., who focuses on the experience of Latino ballplayers. “Beyond that superstar ballplayer, they would see a black and a Latino man when he started to speak.”

Clemente came to the big leagues after Jackie Robinson broke the racial barrier, and he wasn’t prepared for what he faced when he left Puerto Rico.

According to demographic data compiled by the Society for American Baseball Research, white players represented 90.7% of the total in Major League Baseball when Pittsburgh selected Clemente from the Brooklyn Dodgers in the so-called Rule 5 draft. from 1954.

African Americans represented 5.6% while Latinos were 3.7%.

When Clemente joined the Pirates for spring training in Florida, black players couldn’t eat at the same restaurants as white players after games. They often had to wait for food to be brought to them on the bus.

Clemente refused to be treated as a second-class citizen. He demanded the same mentality from his fellow blacks.

“He even said to the rest of the compañeros: ‘Those of you who eat the food from this place will see it with us,’” affirmed Luis Clemente. “They told him: ‘Roberto, we’re starving, we have to eat.’ And he would answer: ‘I don’t care… If I’m not good enough to be served food in that restaurant, then the food is not good enough for us to eat.’

Clemente understood the impact of her voice, and used it to condemn racism, many times in Spanish. His statements were translated into English, sometimes with some inaccuracies. His pride and conduct were not well understood on many occasions.