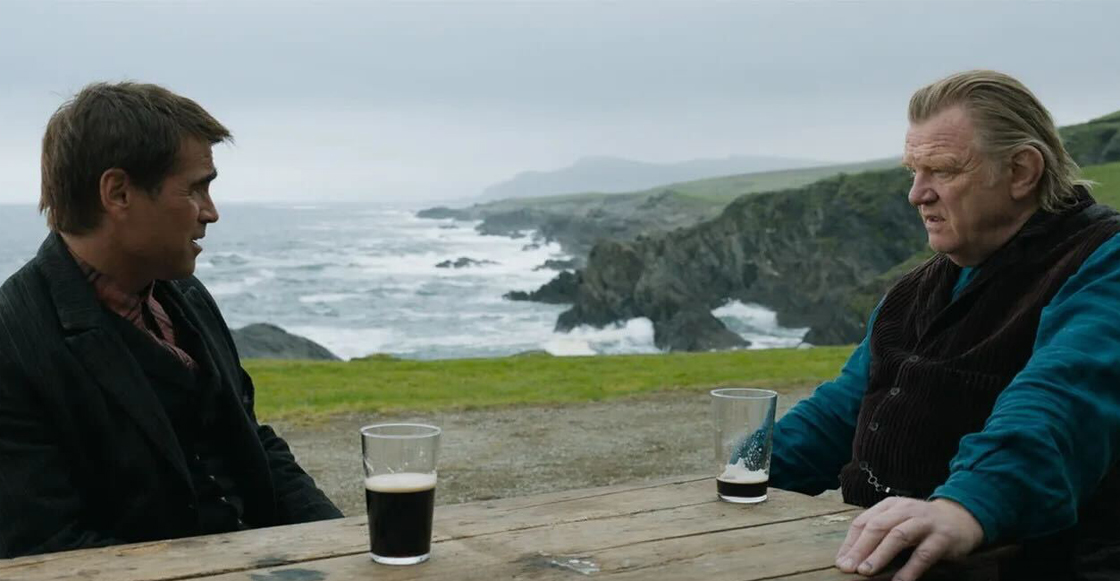 Martin McDonagh is back this 2022 after the success of Three Billboards Outside Ebbing, Missouri of 2017. This last film received several international recognitions, for which his return was expected, and he does so with Banshees of Inisherin.

The two main leads are played by Colin Farrell and Brendan Gleeson. This is important, because it marks the meeting between the director and these two actors after their collaboration on In Burges, a film that can already be considered cult in this new millennium (and one that needs subtitles yes or yes).

A few days ago we found out that Banshees of Inisherin will have its international premiere at the Venice Film Festivalwhere he also goes for the Golden Lion. Then, he will have his passage through the toronto festival, to hit theaters on October 21. And now we have the first trailer.

Banshees of Inisherin is set in in the 1920s, on a small island off the west coast of Ireland. Here we meet Pádraic and Colm, who were two great friends, but from one day to the next, for unknown reasons, Colm decides to end their friendship.

As it is, one day, Pádraic approaches him to talk, and there is no response from him. Throughout the days, faced with the strangeness of events, Colm tells him that for every time he bothers him, he will cut off a finger until he has none left. Faced with the threat, Pádraic, motivated by his sister Siobhán and his friend Dominic, will seek an answer to Colm’s refusal.

As we told you, Colin Farrell and Brendan Gleeson reunite in this dramatic comedy, alongside Kerry Condon and Barry Keoghan.. If we think about it, there are also ua meeting of batman with Farrellwho played the Penguin and Keoghanwho appears as Joker in the final scenes of the film.

Banshees of Inisherin as we tell you, It will premiere on September 4 at the Venice Film Festival. And then he will participate in Toronto. The release date, at least in the United States, remains for October 21, so Serachlight Pictures needs to announce it here. Here is the official trailer:

On August 31, the 2022 edition of the Venice Festival begins. The film that will open the event is White Noise by Noah Baumbach with the leading role of Adam Driverwho also participated in Marriage Story, and Greta Gerwigsentimental partner of the director and soon to be released Barbie (well, until 2023).

Among other notable films for Venice is BARD by Alejandro Gonzalez Inarritu which was filmed in Mexico City, marking the filmmaker’s return to the country after more than 20 years (his last or only film here was loves dogs). But we are also moved by the presence of Brendan Fraser in The Whale by Darren Aronofsky and of Anne of Arms with Blonde under the direction of Andrew Dominic.

Timothee Chalamet will be present with Bones and All; Cate Blanchett with Tar; tilda swinton with The Eternal Daughter; Vanessa Kirby, Laura Dern and Hugh Jackman with The Son; and many more. Here we leave you the films that will go for the Golden Lion, and HERE is the complete selection.

White Noise by Noah Baumbach
Il Signore Delle Formiche by Gianni Amelio
The Whale by Darren Aronofsky
L’Imensita by Emanuel Crialese
Saint Omer by Alice Diop
Blonde by Andrew Dominic
Tar by Todd Field
Koji Fukada’s Love Life
Bard by Alejandro G. Inarritu
Athena by Romain Gavras
Bones And All by Luca Guadagnino
The Eternal Daughter by Joanna Hogg
Beyond The Wall by Vahid Jalilvand
Banshees Of Inisherin by Martin McDonagh
Argentina 1985 by Santiago Miter
Chiara by Susanna Nicchiarelli
Monica by Andrea Pallaoro
No Bears by Jafar Panahi
All The Beauty And The Bloodshed by Laura Poitras
A Couple by Frederick Wiseman
The Son by Florian Zeller
Our Ties by Roschdy Zem
Other People’s Children by Rebecca Zlotowski