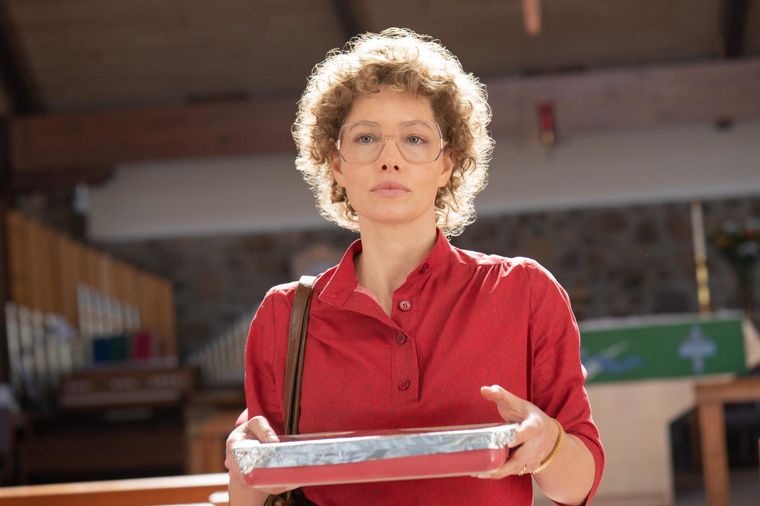 “Candy”, a miniseries starring Jessica Biel that recreates the true story of the shocking case of the woman who, in Texas in 1980, killed her neighbor with 41 axes as part of a supposed “legitimate defense”, premiered this past Wednesday at through the Star+ platform.

The series, made up of five episodes, was created by Robin Veith and Nick Antosca, both with previous experience in the “true crime” genre that has become so popular in recent years, after bringing to the small screen the multi-award-winning “The Act” ( 2019).

Set in the Texas town of Wylie, in June 1980, the plot revolves around the story of Candy Montgomery, a 30-year-old housewife and mother with an apparently idyllic life. However, the passing of the chapters shows that behind the facade of having complied with social mandates, with a good husband, two children and a nice house, a great disagreement hides.

So he befriends Betty Gore (Melanie Lynskey), a school teacher he meets at church, and starts a clandestine affair with her husband, Allan (Pablo Schreiber).

According to Montgomery’s own account during the trial that was carried out against her, during Allan’s trip outside the city, Betty complained about what was happening, and a fight broke out that ended with the treacherous crime.

Actors Timothy Simons and Raúl Esparza complete the cast of the UCP and 20th Television miniseries.