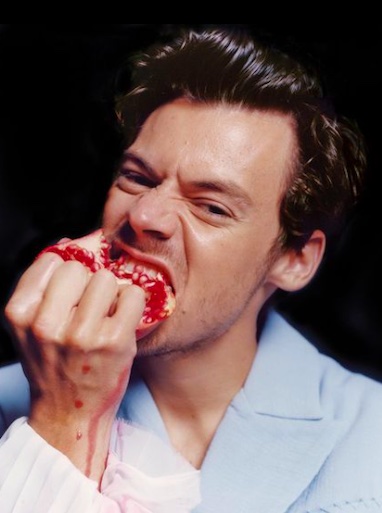 Harry Styles devoured the year in his own way

Among the most important artists of 2022 without a place, Harry Styles has to be for one simple reason: because the year was devoured. Check out everything your darling did in just 12 months.

Since he was in One Direction we knew he would go far, but what he did in 2022 was impressive. Harry Styles took over the year, both in film and in music. Let’s start with the account of his exploits.

Acting was nothing new to Harry, but being cast in starring roles was. It was released in September Do not worry honeythe film in which he starred with Florence Pugh and directed by his partner Olivia Wilde until recently.

Within a few weeks, Prime Video released mypoliceman, another film that walked through film festivals and that featured Harry as a married policeman in a gay relationship. In both projects the work of the British singer received very good reviews, and with every reason in the world.

In May of this year Harry released his third solo album: Harry’s House, which was a phenomenon both on streaming platforms and in physical sales. As of today, among the 13 tracks on the album, there were already almost 4 billion streams on Spotify alone, being As It Was the most listened to song with almost 1.7 billion streams.

Also, two hours after the album’s release on Apple Music, Harry’s House garnered the most first-day streams for a pop record released in 2022 on that platform. On the other hand, three other singles from the album reached the top 10 of the Billboard Hot 100: Late Night Talking, Music for a Sushi Restaurant (their most recent release) and Matilda. With this Harry became the first British solo artist to achieve four simultaneous top 10 hits on the chart. The others who had done this feat were the Beatles in 1964.

To finish, his Love on Tour 2022 tour was one of the most successful of the year and he set foot in Mexico on November 24 and 25 at the Foro Sol in Mexico City with full houses. Two unforgettable concerts for her fans.

When you get to where Harry is, private life ceases to be private and gossip begins. One of the most famous was at the last Venice International Film Festival, when he presented Do not worry honey along with the cast of the film. In a video that someone took it seemed that the author of Matilda he spat at his costar Chris Pine. A few days later, this was denied by Chris’ representative.

The other gossip has to do directly with his personal life. We recently informed you that after almost a couple of years of being together, Olivia Wilde and Harry decided to give their relationship a rest. https://www.tuenlinea.com/celebridades/harry-styles-esta-disponible-de-nuevo/.

Curiously, their relationship did not start very well at all, because when they started filming Do not worry honeyOlivia was married to actor Jason Sudeikis (ted lasso) and Florence Pugh ended up estranged from her when she found out that, although she was the lead in the film, Harry would earn more money.

This was 2022 for your favorite celebrity. Harry Styles devoured the year and nobody could stop him. Will he do it again in 2023?

Previous The rain of sticks continues at ‘Dibu’ Martínez: “He looked like a vulgar clown”
Next América sells foreign player to Liga MX team