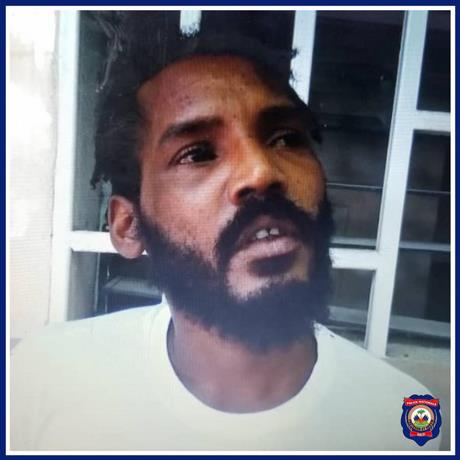 The Haitian National Police (PNH) reported this Wednesday that “a legion of Dominicans” is an integral part of the criminal gangs that operate in Haitian territory.

This revelation was made through a statement, indicating that the information was obtained after the confession of a citizen of the Dominican Republicidentified as Molaï Ortiz Mieses, arrested in Haiti last May for links to a woman living in the community of Laboule, in Pétion-Ville.

“There is a legion of Dominicans who are an integral part of the armed gangs currently operating in Haiti,” Ortiz Mieses said during his interrogation, according to the HNP.

Likewise, the authorities pointed out that the detainee revealed that many criminal groups have Dominican citizens in their ranksgiving as an example the band “Izo 5 Seconds” in Village de Dieu.

In addition, he added that other bands have “direct connections” with Dominicans.

According to the statement, Ortiz Mieses, 32, continues to be detained at the Central Directorate of the Judicial Police (DCPJ), where he continues to be questioned by local authorities.

In addition to suspicions that he belonged to one, the Creole is also accused of criminal association and kidnapping.

Likewise, the Haitian Police assured that the detainee settled in that country after being arrested on several occasions in Dominican territory.

They also state that, after emigrating to Haiti, Ortiz Mieses joined the gang in question, allegedly led by Carlos Petit-Homme, alias “Ti Makak”, and in which he would have become the third leader.

“In the DCPJ, the revelations and confessions of Molaï Ortiz Mieses are shocking and devastating”, read part of the aforementioned press release.

Similarly, the HNP indicated that Ortiz Mieses was later recruited by the head of the “Ti Lapli” gang, which operated in Grand-Ravine, becoming the right-hand man of “Ti Lapli” and Ery Joselus, known as “Ti Georges”.