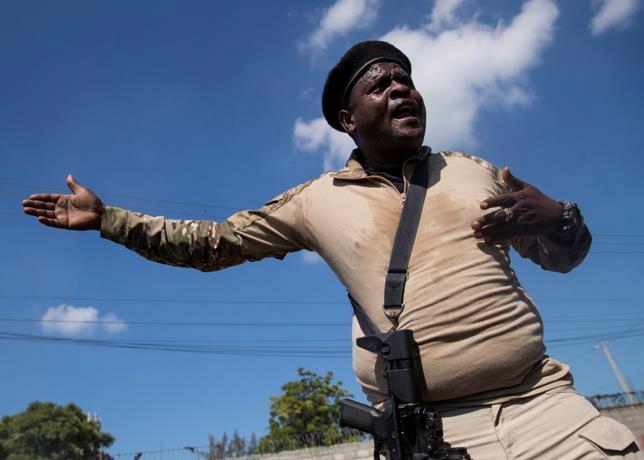 Haiti’s commercial banks will resume their normal working hours on Monday thanks to the resumption of fuel supply, according to the Professional Association of Banks to the digital newspaper ‘Gazette Haiti’, at a time of extreme violence in the country’s capital , Port-au-Prince, under the control of armed groups.

The APB has reported that “in light of the reestablishment of a regular flow in the distribution of petroleum products, its members have decided to reestablish the usual hours of their different service points as of Monday, November 15, 2021.”

The APB was forced to shorten its office hours on November 8 due to a shortage of hydrocarbons.

The leader of the federation of G-9 gangs and allies of Haiti, Jimmy Cherizier, alias ‘Barbecue’, announced on November 12 a truce to allow the distribution of fuels, after heavy rationing forced the closure of numerous institutions, including They were hospitals, schools, businesses and markets, which led to a rise in the prices of basic necessities and led to famine for thousands of people.

Since the assassination of the president, Jovenel Moise, on July 7, the always turbulent political and economic situation that Haiti has been going through for years has been a little more affected.

Soon the power vacuum degenerated into a security crisis, with daily murders and kidnappings, especially in large areas of the capital. For five weeks now, gangs have taken control and blocked major fuel supply centers to pressure Prime Minister Ariel Henry to resign.

The lack of fuel has led to the closure of at least fifty medical centers and hospitals throughout the country, as well as other basic public and private services.

Previous A man who went 23 years without paying his mortgage evicted from a house in the US
Next Arrests, threats and disappearances in Cuba against 15N protesters