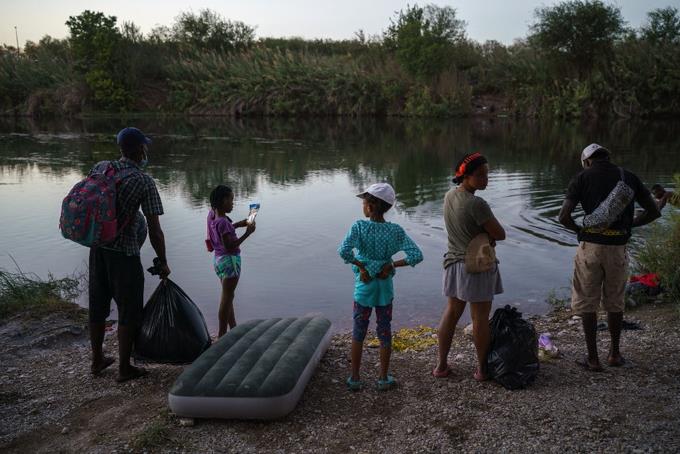 Haiti asks the OAS for “humanitarian” treatment of its migrants

Haiti requested this Thursday before the Organization of American States (OAS) a treatment “with a minimum level of humanity” to the migrants of its country, immersed in a humanitarian crisis that has forced its citizens to leave in search of a better life .

“We ask and demand that (Haitian migrants) be treated with a minimum level of humanity,” said the Minister of Foreign Affairs and Worship of Haiti, Claude Joseph, during the 51st General Assembly of the OAS, which Guatemala is hosting virtually .

Migration, he said, “is one of the great challenges of our country”, as it is a “recurring problem in our society that leads our Haitian population to seek a boom abroad.”

He regretted that there is “a large percentage of the population that is in this position”, recognizing that there are many of his compatriots “migrants throughout the region.”

The “complex problems” facing the region in terms of human mobility “merit the collaboration of all countries of origin and host countries and the international community that welcome immigrants,” he added.

Joseph also insisted on the request made previously for international collaboration to clarify the assassination of the president of that country, Jovenel Moise, which occurred on July 7.

Haiti is also experiencing low hours with the gasoline shortage that has persisted since last week and that has caused long lines, crowds and the suspension of some activities, such as the cessation of broadcasts of Radio Télévision Caraïbe, the main one in the country.

The shortage is related to the action of armed groups that prevent the passage of transporters to the port of Port-au-Prince, in addition to the fact that armed gangs have increased violence as a result of the instability caused by the murder of Moise.

In recent years, the Central American region, especially Costa Rica and Panama, has attended waves of thousands of migrants, most of them Haitians, seeking to reach the United States.

Currently, thousands of Haitians are in border communities of Colombia and Panama, and thousands more have already crossed Central America and are on the border between Mexico and the United States.

During their journey, these people risk their lives in dangerous jungle areas such as the Darien, through which they enter Panama, and are prone to violence, robbery and the payment of thousands of dollars to human traffickers.