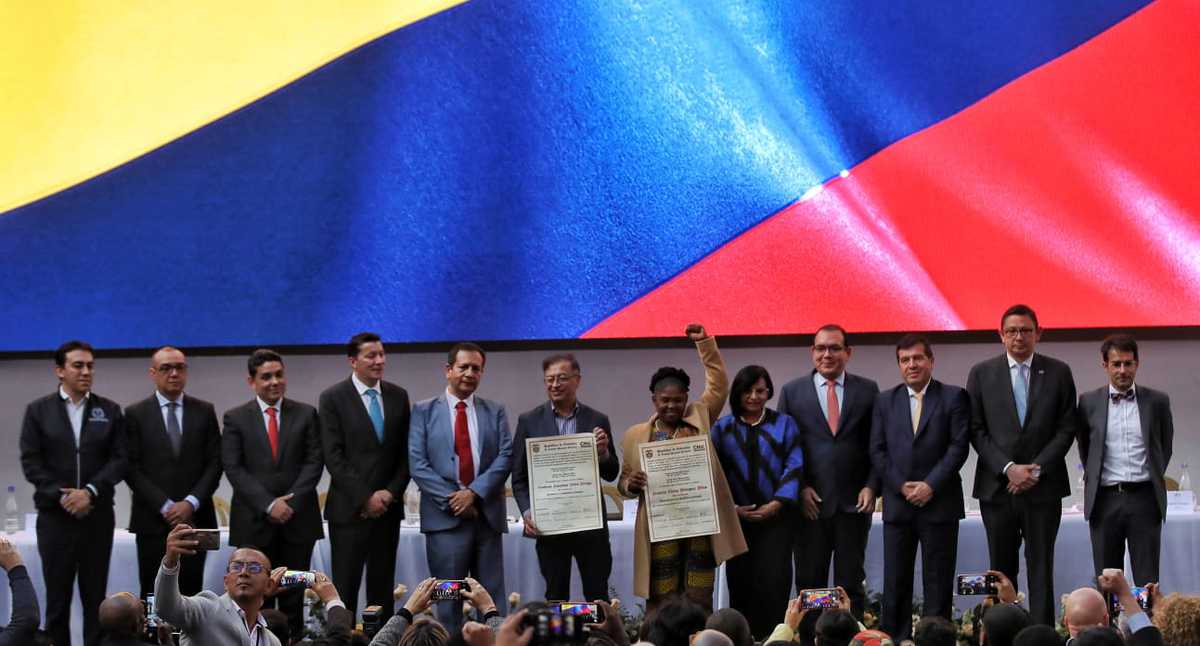 The National Electoral Council (CNE) and the National Registry called this Thursday a press conference in which the election of Gustavo Petro and Francia Márquez was officially declared, as the presidential formula that will assume the mandate from next August 7.

The process took place after the pre-count and scrutiny process was completed in its entirety in which there was no claim and finally Petro obtained 11,291,986 votes throughout the country.

For this reason, the CNE prepared Resolution 3235 of 2022 in which the election of Petro and Márquez is declared as the formula that will arrive at the Casa de Nariño to replace Iván Márquez and Marta Lucía Ramírez.

“The election is declared for the period 2022-2026. Declare that the second round elections in Colombia, held on June 19, 2022, yielded the result that Gustavo Petro and Francia Márquez were the winners of those elections,” the document says.

After receiving the credentials, Petro announced that after August 7 he will support the presentation of the Electoral Code that was approved by Congress, but that the Constitutional Court overturned. However, he said that the spirit of what was approved will be presented again to the Legislature: “I appreciate the exercise they did and we recognize that it was transparent work by the National Registry. The electoral authorities made an effort so that the electoral days were excellent”.

The president-elect thanked all his voters, but highlighted that more than a million people who voted for him were young people who went to the polls for the first time.

Likewise, he indicated that one of the priorities will be the tax reform to seek equity in the country and because he knows that it will be a tough debate in Congress: “That is what the national pact is about, we must not have hungry Colombians, the fields must produce food and that is why we must work.”

In that sense, he stated that there must be a ‘national pact’ to guarantee that the reform can be processed based on agreements reached with the different political and business sectors of the country. “I have invited Rodolfo Hernández and Álvaro Uribe so that we can talk,” Petro said.

In addition, he indicated that “the era of change begins in Colombia” and reiterated that he will seek that national agreement to guarantee his governability.

To its turn, Francia Márquez reiterated that she will work for the poorest communities in Colombia. “We are going to work for all Colombians, for the country’s peasants and workers. Above all, my black people will be able to feel represented. I want to contribute with a lot of work to improve conditions in Colombia, we can all use love and joy as a tool to live tasty”, he reiterated.